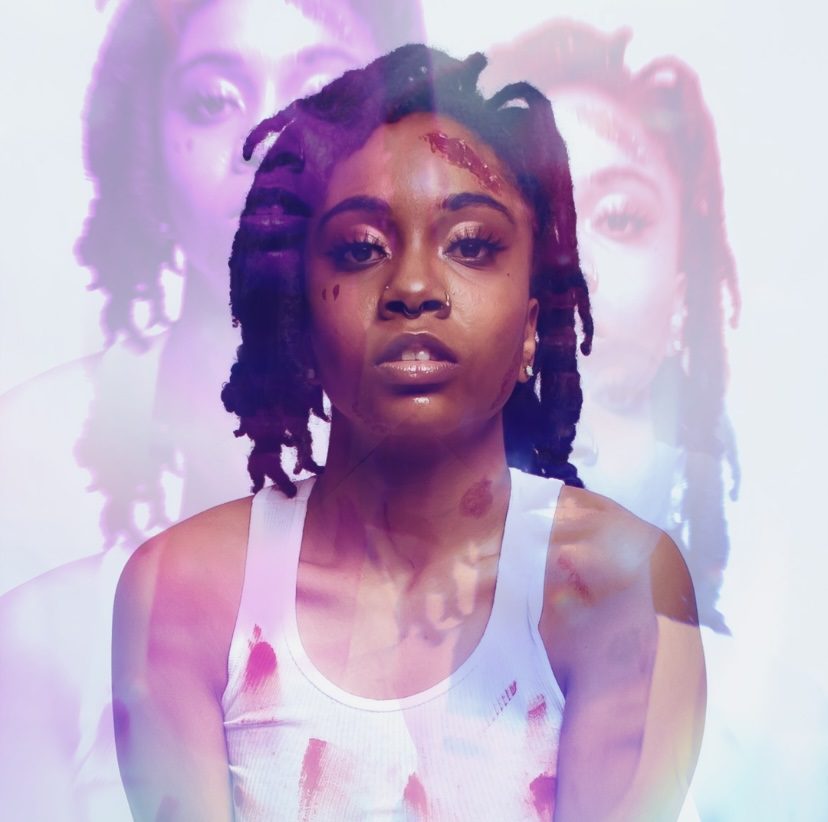 Well, my birth name is Surya, the Hindu sun god. I’m not a follower of Hinduism but my father is very spiritual and wanted to give me a name bigger than myself. I’m also 3/4 Cameroonian so French was my first language. Soleille (or Soleil) is the French translation for “Sun.”

Creating the name Soleille allowed me to keep the true essence of my name & who I am while also creating an artist persona as an extension of myself. I had a bunch of cringe-worthy names before I got to Soleille but I think I found my perfect fit.

When I was seven years old, I wrote my first song. It was a melancholic song about not being able to play with my friends during recess and me being unable to find the fun in anything. At the end of recess, I sang the song to one of my friends who told me that she could hear the song being played on the radio.

From then on, a dream was born. I’ve had other career goals since then but it always returned back to music. I believe that is because music is indeed my calling.

I like to define myself as a Black Nöize artist. I have a universe of musical influences that span from Lauryn Hill & Erykah Badu to Eminem & Nas. I also draw inspiration from the likes of Beyoncé, Jazmine Sullivan, Burna Boy, Brandy, and so much more.

With all of these influences, it’s extremely difficult to try to pigeonhole me into one genre so I created the moniker Black Nöize. It allows me to travel from R&B to Hip-Hop to Trap to Afrobeats and more effortlessly. I believe I am a culmination of my influences but a lot of my style musically comes from within.

This new single, Boulevard, allowed me to be a storyteller in writing again. When I used to write music in my early days, I would love to take on certain characters and tell stories from their perspective. As life gave me more personal content to write about, that’s what I did. Creating Boulevard, however, was like the marriage of both.

I like to tag the record as a scorned lover’s revenge fantasy. In my personal life, I have dealt with cheating & infidelity, but I’ve never really done anything about it. Through this song, I was able to allow myself to go off the deep end and really unleash the hurt, rage, and unbridled passion that comes with dealing with being cheated on.

In Boulevard, I take matters into my own hands in the most lawless way I know-how. Mix the concept with the excellent production of 100 Percent, and we have a haunting, smooth earworm of a record.

Throughout my life, I’ve had to be the underdog. The person who is often overlooked and has to work 10x harder than most to turn heads. I think people like to underestimate me and what I’m fully capable of, but I’ve learned to let that work to my advantage.

Those circumstances have created a bloodthirsty warrior within me. It causes me to go above and beyond in everything that I do. Since I started releasing music, I have been in control of my creative process as well as the managerial tasks that nobody sees.

The marketing, the pitching, the paperwork, the advocacy. I’ve had help along the way but for the most part, I’ve had to do it all myself. This is what makes me such a hard worker and why I believe I’m going to go far in this industry. When it’s time to put my head down & grind it out, I will do just that but make it look easy.

I want to say this as humbly as possible, but nobody can do me as I do me. And that’s how it’s supposed to be! I personally don’t know too many trilingual artists who can hop across genres but sounds like they belong in each one.

I’ve been on a release run that I have been calling “L’année du Soleille” or “The Year of Soleille.” I have been releasing music consistently since last June and I continue to finish this run by this coming June.

Every song/project has been a different genre/style, that way I can establish my versatility as an artist early on. I’m also looking to gain some major sync placements for my records so they can be immortalized in the world of film & television.

First and foremost, I have to thank God. He’s the One who put this desire in my soul and has kept it burning even when I didn’t believe in myself (which was more often than you think).

I know He’s using me and the gifts He’s placed inside me to change the world so I’m grateful for that every day. I also want to thank my mother & father for pushing me to always be a good person with a good heart and teaching me the importance of being a leader.

I want to thank my family (biological & chosen) for supporting me through the ups and downs and always making me feel loved and encouraged. Lastly, I want to thank 100 Percent for producing and engineering “Boulevard”. He is immensely talented and I’m elated that we were able to share our talents on this track.

Ownership is everything! Make sure that you own your music, and don’t be so quick to give those rights away no matter what the opportunity is. Also just stay the course, being an artist (especially an independent artist) is immensely difficult and it will often feel like the challenges are outweighing the successes. But if this is what you are truly meant to do, your time will come and nobody will be able to take that away from you.