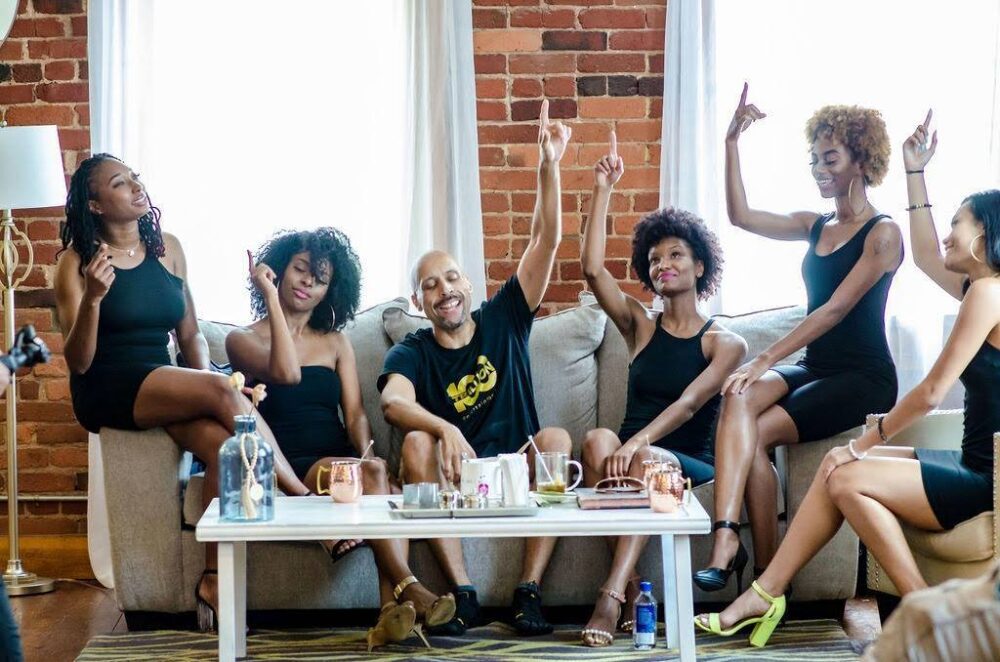 Atlanta rapper Terry Milla recently released the music video for “Free Quincy,” whose title is a double entendre for “frequency,” an aspect of hip-hop presently missing according to Terry.

As Terry says, “Love me or hate me, you will remember me.” And remember him, you will!

Along with churning out his own distinctive brand of hip-hop, Terry has written for others such as TrueBlood, Switched at Birth, and The Gardner, as well as being featured in Source Magazine, Black Beat Magazine, and Trace Magazine.

Terry Milla is all about integrity and it’s mirrored in his recording company, 100 Trillion Entertainment, which “keeps it trill.” The goal is quality, innovative music, along with creative liberation and artist-friendly contracts.

Directed by Terry, the music video for “Free Quincy” starts out like most hip-hop videos – Terry in a hot tube surrounded by beautiful models. Then it shifts, displaying images of Terry involved in the practice of martial arts and enjoying the company of good friends.

Big and banging, the music and the video reflect Terry’s unique take on music and life.

Muzique Magazine sat down with Terry Milla to find out more about the person behind the music, how he writes, his influences, and what fans can expect next.

I got started when I was 13 years old back in the day. Me and my potna Kiko used to listen to rappers and write down their lyrics at Southwest Middle School. That turned into doing our own verses and songs. I was later in a group called Total Eclipse with a friend of mine, Prince Lee. That led me to Ghetto Records where I did my first solo project.

That’s a hard one. I have several favorites by different artists. Here are a few:

Back in the day, it was Rakim, Public Enemy, Ice Cube. Tupac, E-40, Bob Marley, and Sizzla. Now, I listen to other artists to stay current but I really want inspiration more than influence. I think authentically being yourself when most are trying to replicate others makes you stand out.

I strive to stay in tune with my Authentic Self and to let that voice come out in the music and the lyrics. There are a lot of producers out there crafting a “formula for a check” rather than their original music. They sell “so and so type” beats mimicking the sound of whoever is currently hot. I feel this is a formula for disaster that leads to an industry full of clones. Many times, my thinking is contrary to public opinion but that’s how I feel, so I come from that perspective.

I used to write by hand with a pen and a pad and still do on occasion. More often than not, I have an idea and just put it in my phone notes to have handy. Sometimes the concept comes first, then the beat, then the lyrics but it can go either way.

What was the inspiration for your new single/music video “Free Quincy?”

The inspiration for “Free-Quincy” is to be an inspiration to others. The “Free-Quincy” or “Frequency” has fallen in hip-hop/rap, at least on the mainstream level. I want to challenge the stereotypes that you have to have a criminal record to have a hit record, you have to shoot people or get shot, have some gang affiliations, or be a degenerate hyper-sexualized drug addict or whatever that lie is. None of that has anything to do with the music. I want to make it about the music again and fun again.

I want people to see the type of artist I am and that I’m not afraid to be myself in music. I hope they dig it and show support by subscribing to my list.

The video was filmed by Kason Carter Media on Peters Street in Atlanta at the ArtBox Lofts. I directed and edited it myself.

I have several projects I’m preparing to release. “Free-Quincy” is the first single from the A Prince In Peasant’s Clothes album. The second single is “Come On” which we’re getting ready to shoot the video for. I have a motivational EP, Invincible Warrior, that will be free to those that purchase A Prince In Peasant’s Clothes. I have a follow-up album in the mixing stage and an instrumental piano EP about to be recorded. After that, I’ll work on another project. The grind doesn’t stop.