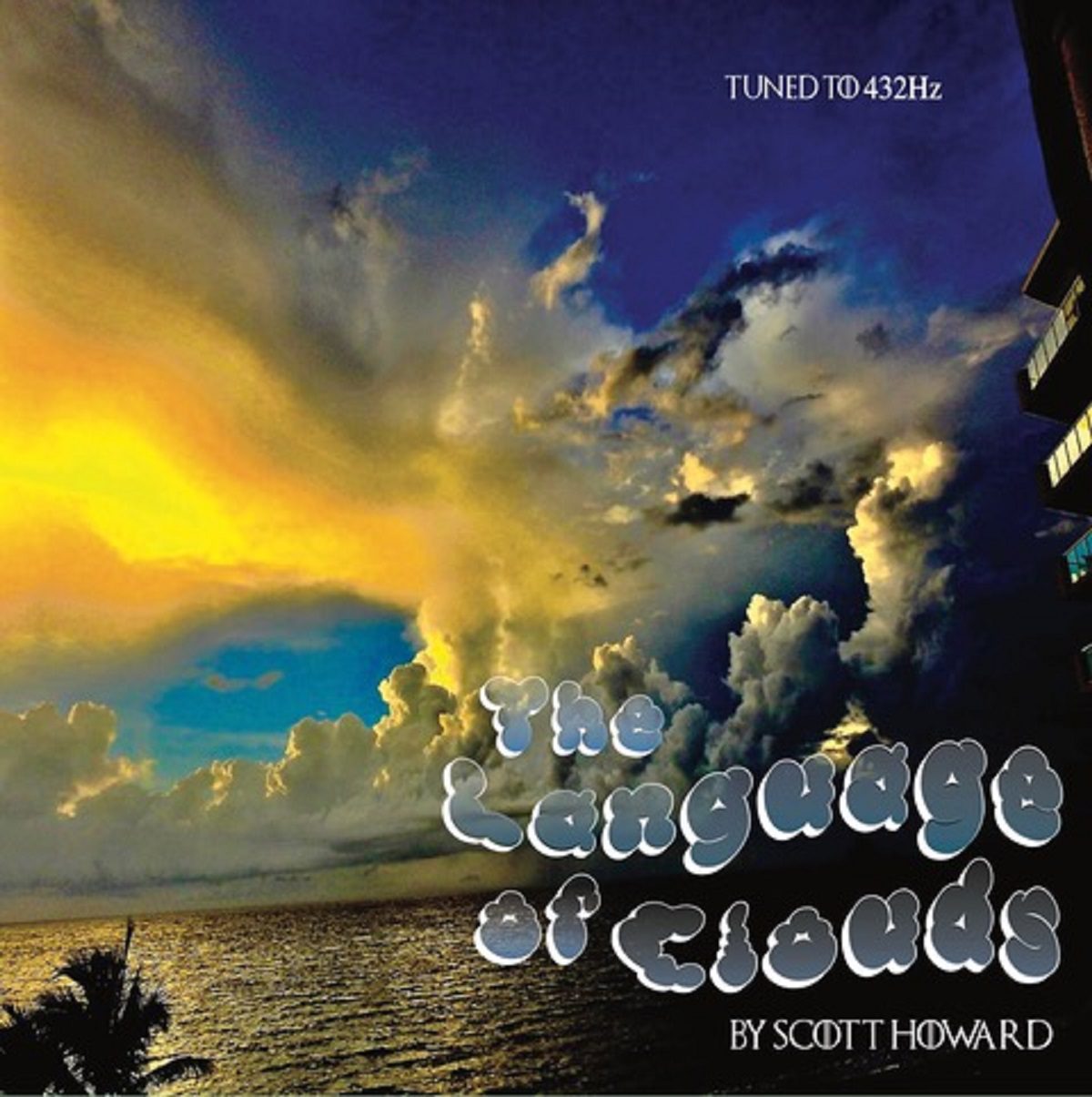 Scott Howard has done it again – pruning the dialogue of modern society into the esoteric dreamworld that is his latest EP and eBook The Language of Clouds which follows on the 2018  release of his renowned first album Ascended Man. While both albums are played in the ascended frequency of 432 Hz, The Language of Clouds is a cornucopia of sensory pleasure that couples with an ebook written by Scott Howard to project his ideas and other artistic expertise for his fans and followers.

The four songs on Scott Howard’s EP – Written in the Clouds, Queen of Hearts, Dreamer, and Harvest Blessing tell the next steps in the dynamic story of the ascension of Scott Howard after the tragic loss of his son, Maxx. The lyrics croon with mysterious descriptions of a hidden another world that overlaps our own, opening with the honeyed proposition of, “what language do you speak, when you say hello to a cloud, out loud?”

In a modern world ripe with the societal calls of the necessity for change during the Coronavirus pandemic and worldwide protests against the murder of George Floyd, Scott Howard’s lyrics are true to the tunes of the people. “I asked the man with a faceless mask, what is this madness for – a world with nothing left for us….no peace, no love, no war. All the saints and sinners are just standing in a line: there’s plenty of room for everyone but we’re running out of time,” Scott Howard powerfully speaks to the hearts of the people with this message in his song “Dreamer.”

Music critics have begun to rally around this album, with the Faulkner review describing it as, “a powerful spiritual message…combining the mystical introspection of Cat Stevens with the anthemic energy of Bruce Springsteen.” Scott Howard’s self-described mission is to “give hope to those who don’t have any.”

In fact, some describe him as the embodiment of the spirit of healing, proving time and time again that any trial or tribulation can be overcome through dedication to others, a lead of love, and a mission of philanthropic outreach. Howard, who is an avid activist against child/teen substance abuse and human trafficking, has promised to donate a portion of the proceeds from his latest album to these and related causes.

Scott Howard’s first album Ascended Man has been streamed over 6.5 million times and continues to flourish on media platforms, clearly demonstrating his success as an independent artist attached to his own homegrown label. In 2020 Scott Howard plans to tour with his band both within the United States and abroad, bringing listeners to an entirely new level of musical healing through what he describes as “a new genre of music” or  “source music.” Fans can join Scott Howard’s journey through his website at www.ScottHowardmusic.com and you can stream his latest album on all platforms through https://distrokid.com/hyperfollow/scotthoward/the-language-of-clouds-3?mod=article_inline .

Interview with “Earl The Kid”
Dave D’Mello talks about his style, current projects and more
Advertisement