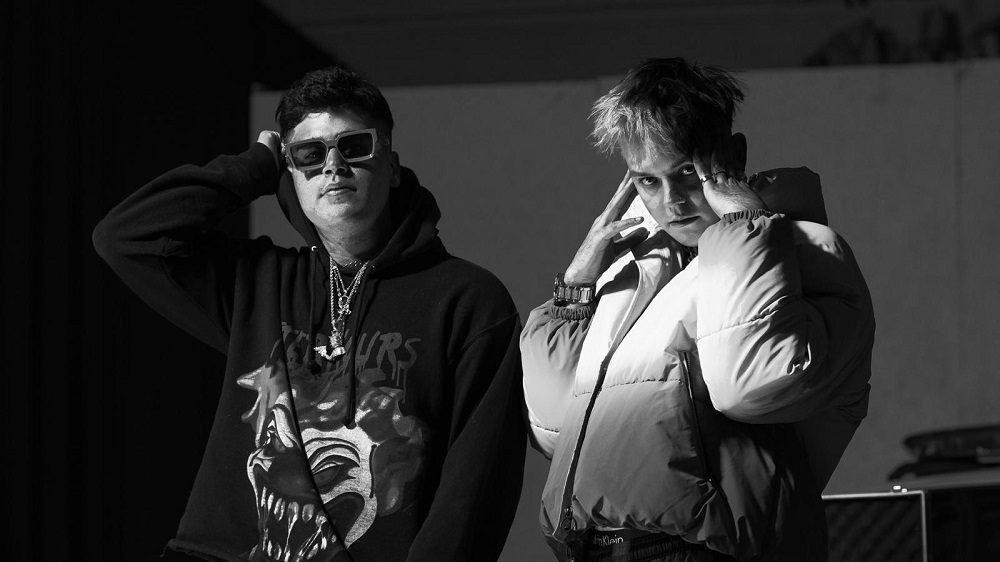 The music industry has been one of the more lucky industries this year, while there was no touring allowed during the pandemic, artists had ample time to perfect their crafts and add to their discographies, This includes artists such as Giomani and POPOFF.

These artists have combined their unique individual sounds and styles to come out with a single that anyone can vibe to. Without one artist or the other giving up their taste for the sake of the single, they found a way to combine their art to make a new, genre-bending single titled “JUST 4 U” They both used their roots in the American music industry and the time they had from the pandemic to create something incredible.

POPOFF and Giomani have worked together before on their track called “Come As You Are” which became an absolute hit with 190k plus streams since earlier this year! There is no doubt that their music is going to change the scope of the industry, and the ability to break into it, forever! POPOFF credits their 2020 success to one another – “I released 18 singles in 2020 alone, and that’s only the tip of the iceberg.

I’ve created visuals, developed personally, and made very good industry connections this year. I do produce, mix and master all of mine and also Giomani’s records, thus working with Giomani we’ve accomplished a lot together this year.”

“JUST 4 U’ is reminiscent of the smooth vibes of The Weeknd, anyone listening to this track can picture themselves on a night drive or a movie montage, as the modern yet mellow beat flows through you. And to end the song with a bang, the pop to R&B crossover is met with a phenomenal guitar solo that is sure to leave you speechless. With a mix of beats that keep you interested, the song is made for anyone who simply enjoys music.

No matter your mood, the song has such a range of musicality that the track truly takes the listener on an adventure. With heart racing backtracks and head-bopping melodies, the chorus, sang by POPOFF, captures you with: “Take away all my pride/Walking across the firе/Just for you/Just for you.”

When chatting with Giomani on his background and what brought him to this new place in music, he says his nine years in music really developed when he met a producer and mentor called “T-ron Musiq,” bringing out a new side of him he had never seen before. Now his collaboration and work with POPOFF bring their music together to a new level. With all of their music being produced, mixed, and mastered by POPOFF, and creative-directing every piece of content themselves, they continuously shock their audience with new ways to actually be creative.

Music is what POPOFF lives and breathes, and also makes a living from, and his success is inevitable with Giomani by his side. He says “Listening, hearing new (and old) things [is one of my favorite things about music]. There’s never enough, it’s an endless pool of discovering and forgetting.”

Giomani continues as he describes his newest single, “Pictures,” a reflection of his biggest heartbreak while creating an anthem for himself and anyone listening to that higher point of loving yourself and “cherishing every lesson [you] received on their journey of finding better.” In another collaboration with POPOFF mixing and mastering the song, as produced by Dizzy Wolfe, their music continues to soar in the charts and we cannot wait to see where they end up!

Along with new music from Giomani, POPOFF released his newest song called “Vampires”.

“It is a very ear-catching new age hymn about people of our generation that live on polar opposite sides of society.” Combining the genres of Pop, Rock, and Hip-Hop music, POPOFF displays his talent in various ways. From the production to the sound design and songwriting, POPOFF invites the listener into the mind-state of a new age rockstar.

POPOFF describes the meaning of this song as a real-life example, where he uses the character of a Vampire to showcase that people will give one false hope to take everything from them in return for their own satisfaction.

Fans are ecstatic and many people who will hear the track will surely become fans soon enough. We expect to see more from Giomani and POPOFF in the future, but we’re glad we used their quarantine time to create such art together.