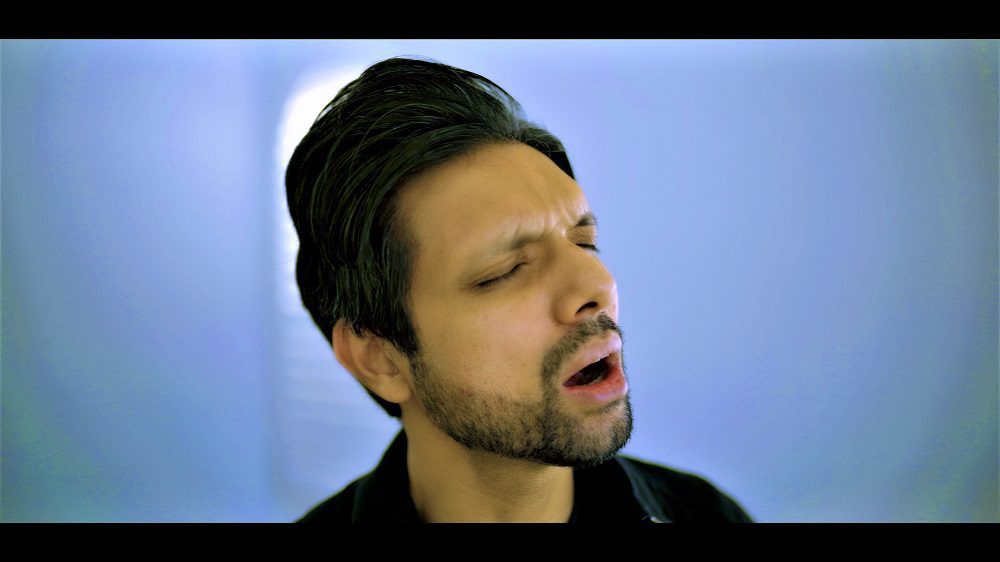 My stage name is my professional name which is Mohammed K Paika. I have included my middle initial “K” as we have three Mohammed’s in our house.

My musical journey started quite young. I am lucky to come from a musical family. My uncle was a stage singer and performer and my brothers also have a keen interest in singing and performing. Hearing music around my house and family and being exposed to the joy of music from an early age made it easy and natural to love and learn music and singing.

At home, my brothers and I had an incredible collection of songs. When I was 12 or 13 years old, I was fascinated by Bollywood singers. I would try to sing like them and emulate them. Later on, I learned about other singers and styles of singing and incorporated them into my style. When I was in college I learned classical Islamic quranic chanting which helped to diversify my singing style and develop my voice.

I realized I wanted to pursue music when saw a lack of spiritual-based songs in the current music scene. I wanted to address issues that no one would sing about but resonates in everyone’s hearts.

My vocal style is my own creation but I’ve been inspired by both Eastern and Western musical and vocal influences over time such as Frank Sinatra, Elvis Presley, Michael Jackson, Ahmad bin Ali Al-Ajmi, Mohammed Rafi, Kishore Kumar, Fairuz, etc.

I just had a new release named “Mere Khuda” on my Youtube channel. It’s a song devoted to God and His Blessings. I have been privileged to work with classically trained and renowned artist Hishaam Faisal Siddique. I wanted to do a fresh and unique song that involved shooting two different individuals from different parts of the world who share the same thoughts.

One of the greatest challenges for myself is to allocate time to do my music as I live a very busy life working as a full-time physician. Another challenge is to coordinate a time to work on a project with artists, musicians, lyricists, and videographers who live in different parts of the world. My greatest attribute is that I work well as a team player.

I will defer this question to my fans as it is for them to answer! I will say that it is rare to have someone who enjoys singing/create spiritual-based songs in multiple languages and who consistently produces quality work.

I just want to give a big shout-out to all the fans out there who have followed my work up until now. You all are amazing people! I will continue to work hard and give my fans fresh and unheard music that resonates with them.

Be sure to subscribe to both for updates on new releases!

Keep doing what you do! It’s not about fame or money. The true essence of music lies in its ability to enhance and influence other people’s lives in a positive way. If you love what you do and share it with others, you can create a circle of inspiration that positively affects everyone around you.