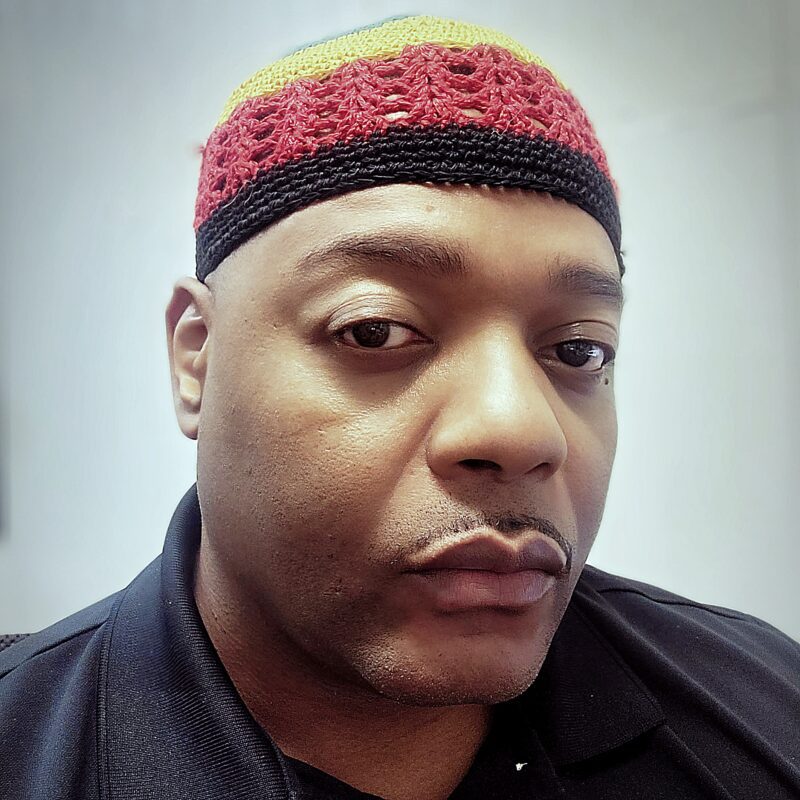 My professional name is ONE SON. My father’s nickname is Sonny so in essence I’m ONE SON of Sonny. It’s an ode to my father.

Growing up in Alabama in the 80’s there really wasn’t a Hip Hop scene, I use to go to New York to visit my grandparents in the summer and fell in love with Hip Hop. It was still in the beginning stages, so most people were looking at it as a fade.

They didn’t know that Hip Hop, was that little engine that could, it was our light at the end of the tunnel. Making something out of nothing is God’s work, we were the rejected stone that became the Cornerstone.

I pull from the energy of the universe which encompasses everything that it produces.

ONE SON Interview with Muzique Magazine

I also have an upcoming project called I AM HIM that’s produced by Big Fella. Douglas Rodgers is also a producer and engineer together we make up the production company called Upperhand Productions

The greatest challenge is to offer balance because Hip Hop and Rap music is painted in a negative light. We have to bear our share of the blame but there’s a hidden hand that manipulates our ignorance.

I’m definitely the best at what I do, no one has a story like mine. I’m a kid from Alabama but I’m known in the UAE, Africa, Europe, and South America. This is all from my independent grind.

Continuing to put out great music with our production team Upperhand Productions. which consists of myself, DJ Cassanova, Khalid Salaam, Douglas Rodgers, DJ TY Infamous, and Big Fella look out for J75 he has projects on all streaming platforms.

I want to Thank My wife, and kids my team at Upperhand Productions, and anyone past, present, and future that has supported ONE SON. Last but not least I thank the haters, naysayers, and the doubters your trash becomes fuel.

Three Words: Never Give Up