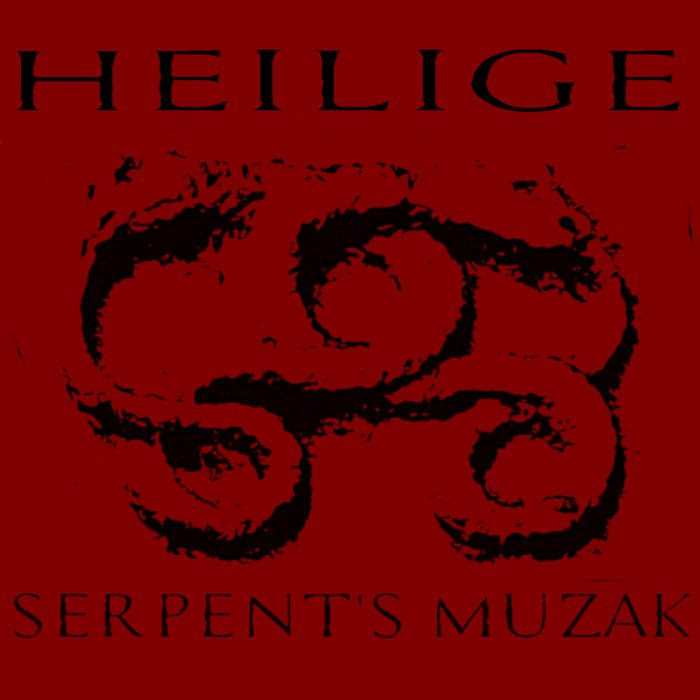 “Heilige” means Holy in German. German culture has certainly had its influence on us.

Our “sense of style” (if we want to call it that way) comes around to an experience of continuous catharsis about, also, the importance of the cyclical creation and destruction in this “dimension”.
It’s the backbone of Serpent’s Muzak and life in general.

We honestly don’t know if there is anyone who does what we do the way we do it – there could be thousands better than us, or not even one. we don’t care.

In this period we are simply experimenting and making changes to our musical approach from the perspective of a concept album. Personally, I don’t know how the results will sound, but they will surely be organic.

Right now we just want to thank those men of steel who have influenced us. Richard Wagner is one of them.

Serpent’s Muzak delivers nothing and delivers everything. Serpent’s Muzak it’s unlimited. It explicitly takes up the experience of Pagan Muzak by NON (Boyd Rice) but it is a next level, an evolution. so the delivery is down to you and you can actively change the music as you hear it… with your own mind.

A real review of the object could be only made by understanding the functioning of the so-called “endless tapes”. Rare devices which, instead of reaching the end of the tape for each side, continue to play continuously.. and S.M. probably is the first release ever on an endless cassette tape.