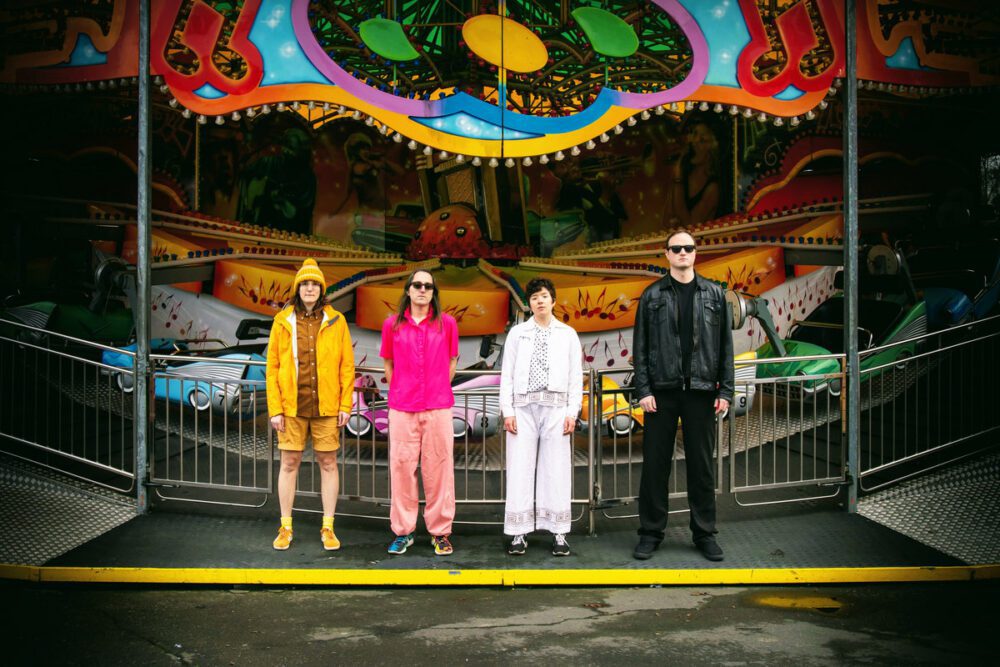 Other than the fact that they dish out creamy, delicious mists of dream-pop music, there is little gen on the twosome. The track opens on glittering, jangly guitars riding a fat, rolling bassline and tight, crisp percussion. The ethereal female vocals infuse the lyrics with wistful textures, as well as elusive, quixotic wisps of recollection.

Orchid Mantis – “Within and Apart”

Orchid Mantis is the brainchild of Thomas Howard. According to his Bandcamp page, Thomas describes his music as “found sounds, tape collages, and pop songs about forgetting.”

Featuring 14-tracks, from a purely subjective viewpoint the crème de la crème track on the album is “Within and Apart, followed by two other stellar tracks, “Even In Dreams” and the title track. Although with hesitation, the entire album is wonderfully wrought.

Shimmering layered guitars open “Within and Apart,” flowing into a coruscating lo-fi bedroom melody at once luminous and glittery. Finessed yet effortless percussion imbue the tune with a pulsing-lite cadence.

Questioning lyrics delve into the age-old mystery of trying to make sense of life.

“Mad At My Friend” articulates Meeping’s low-slung sound, rolling gently on shuffling drums and an extended bassline, all capped by Rachel’s unique voice, round and translucent.

Interview: Chatting with Neo-Soul Collective HERBIVORES
How Jan Metternich Is Taking Steps To Stand Out As A Musician
Advertisement