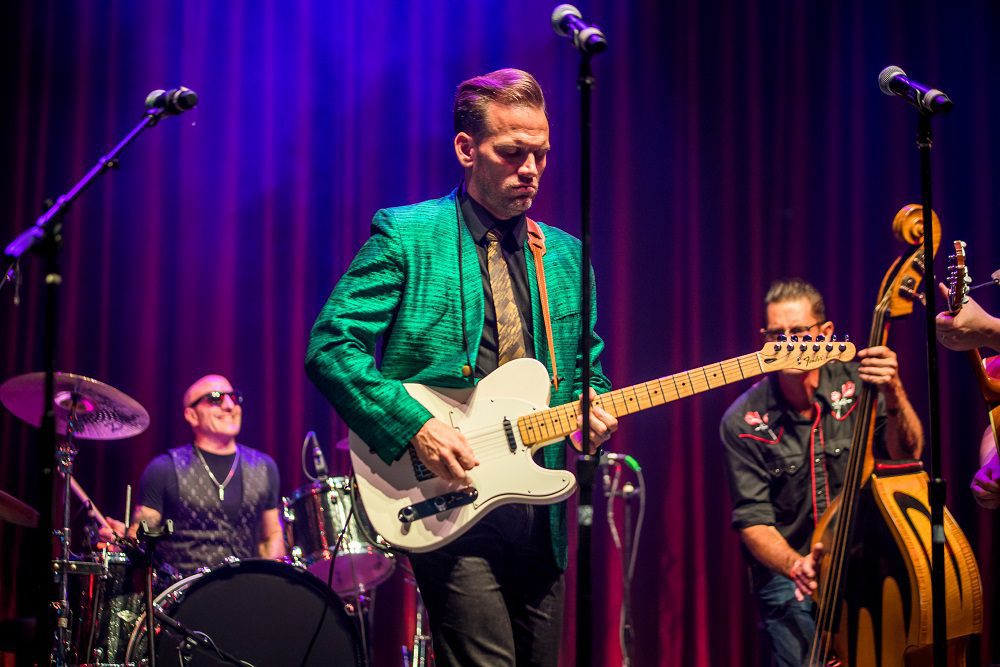 Michael Monroe Goodman Is Singing “Only If It’s With You”!

Country music superstar Michael Monroe Goodman has been in the spotlight since he first got his name after the legendary Bill Monroe. Since he was born, Michael grew up hanging out literally backstage at the Grand Ole Opry in Nashville, TN listening to Bill sing his hits. Now a seasoned country artist himself, Michael has followed in Bill’s footsteps and headlined performances at Wrigley Field, Soldier Field, the Grand Ole Opry House stage, Chicago Motor Speedway Nascar race, and many other locations. With 2021 nowhere, Michael is getting set to release his much anticipated new single “Only If It’s With You”. We caught up with the country star to learn more about his upbringing and the latest single that fans can’t wait to hear.

What do you feel separates your music from others out there in your same genre?

How did you decide on which genre and type of music you wanted to create?

It kind of picked me. I grew up backstage at the Grand Ole Opry as a kid so country music was ingrained in me early on. My grandpa played Gene Autry tunes and my dad played banjo in bluegrass bands so I grew up thinking everyone knew that music. Naturally, as a teenager, I rebelled for a bit but then realized how much country music was what shaped me as a person and from then on I was hooked on it and wanted to soak it all up. I love all genres of music as a whole and what makes them unique but there is no denying that country will always be my core.

Which artists inspire you?

Current artists who I admire are people like Tyler Childers, Cody Jinks, and Chris Stapleton. They are such great storytellers and have their own voice that sets them apart. They remind me of my other heroes like Alan Jackson, Merle Haggard, Billy Joe Shaver, Waylon Jennings, Mel Tillis, and George Jones.

How has social media and streaming platforms changed the music scene today?

Well, It has definitely given some power to artists to reach fans, which I think is the most important thing for an artist. It’s a hard thing to figure out at times especially with big tech throttling and algorithms. I feel like it should be the wild west and let it be wide open, but like all things big business gets involved and manipulates who sees what so It’s just constant work for artists to try and breakthrough to find their fans and vice versa.

Tell us about your latest single and what it is all about?

It’s called “Only If It’s With You” It’s about a couple who don’t party like they used to cause we all have to grow out of it you know. Once you get a house and kids it gets difficult to make all the same carefree choices we did when we were young and crazy but a committed couple can still occasionally find time to cut loose as long as they do it together.

What have you gained as an artist during these strange COVID-19 times?

I wouldn’t say I’ve gained a lot. Most artists of all levels have lost a lot due to this whole thing. Artists and fans have both been horribly robbed of the gift that live music gives to people. I pray that it ends soon but who knows. The only good thing I have had from it is more time to sit at home and hone my guitar chops.

What would your ultimate dream gig be?

I would love to just rent out a huge farm and have tens of thousands of fans come and have an all-day concert with me and my favorite country artists. That’s my real answer but for selfish reasons I’d love to play Red Rocks, that place sounds awesome.

If you could perform with one artist dead or alive, who would it be?

Hands down Billy Joe Shaver. He is one of my favorite songwriters of all time and maybe the most interesting one ever. I would just love to talk music and Jesus with him and swap songs.

What is your final advice to other artists out there trying to make it?

Just make the best music you can, don’t chase a gimmick. If you really love music then you wanna be the best you can be at it. Love the music and it will show in everything you do. Oh and don’t go on these singing shows. They are not in the business of putting the artist first. It’s decent entertainment but it’s not a barometer of talent or worth. If you are an artist then people need your art. Don’t let some tv show tell you who you are.