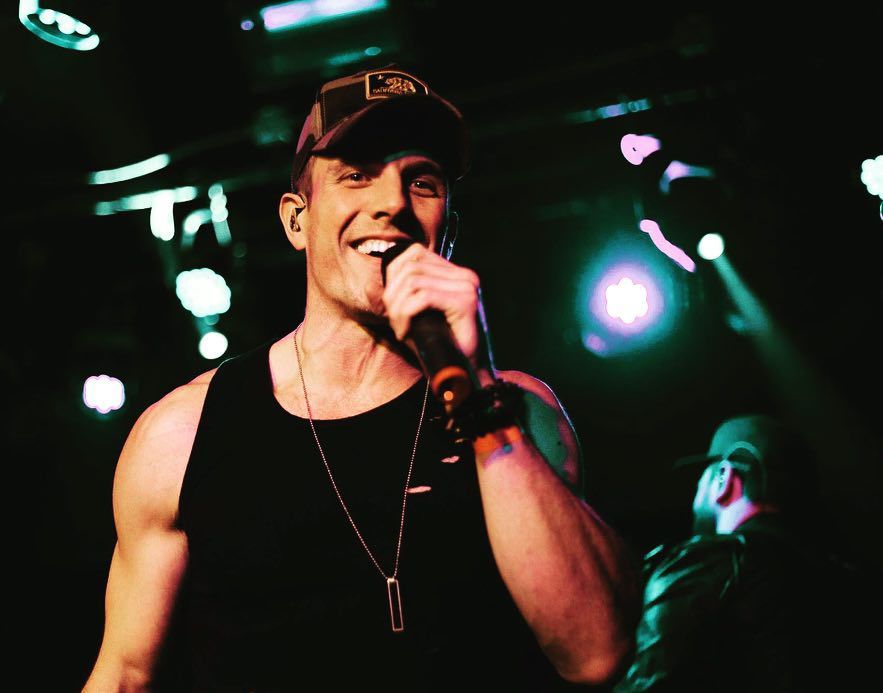 Eric Ethridge is a Canadian country singer and songwriter who has seen his name take over the country music charts recently with his latest single, Sad Songs. Well, the song now has a music video which you can view below, and we also sat down with Eric for an exclusive one-on-one chat about his life & career!

What do you feel separates your music from others out there in your same genre?

My music is essentially my own brand within the “New Country” genre which blends pop, R&B, and rock together. Sonically I use my vocal range and my falsetto to separate myself out from other solo male singers. Falsetto is not something that has been used often within country music as a staple of someone’s brand, so that’s what I started basing my songwriting around.

Which artists inspire you?

I’m a fan of artists who push the envelope and stick to their vision, which has changed over the years. But artists like Sam Hunt, Chris Stapleton, Garth Brooks, and Eric Church weren’t afraid of being different, and that inspires me as an artist.

How has social media and streaming platforms changed the music scene today?

Streaming and social media in a lot of ways have completely changed the game. Where there once used to be “gate keepers” and “taste makers” deciding what music the masses get to listen to, there is now a very real opportunity for new artists to circumvent those gatekeepers. Especially apps like “tik tok” right now are helping independent artists achieve a lot of success in a situation that they may otherwise not have had a chance, and I think that’s fantastic.

The challenge associated with the new accessibility of music these days is there is an inherent saturation of content. With so many artists and so much music in the marketplace, it makes it even more difficult for an artist to stand out. I do believe though that overall, the new technology is in favor of the independent artist, and it gives an opportunity for the “cream to rise to the top” so to speak.

Tell us about your latest single and the new music video for it?

My latest single is called “Sad Songs” and I recorded this song because it really resonated with me personally. 2020 was a rough year for me, and everyone I know. I really wanted to put out a song that was about looking on the bright side of life, and about pulling through tough times to make a better life for yourself. The new music video is really cool too because it is the first time I’ve incorporated animation and CGI into a video! We had three animators working around the clock on it, and I feel that it really brought the song to life!

What have you gained as an artist during these strange COVID-19 times?

I have definitely learned many things during this pandemic, but probably the most important things I’ve gained are more humility and an appreciation for the “struggle” that is building a long-lasting career as an artist. As hard as sometimes have been, there is always a solution, and the most important thing to do is to adapt. While my wife and I toured across the country last summer we were able to connect with many people and hear their stories about how the pandemic has affected them. This was really inspiring, but also humbling. Everyone is fighting a battle, and I think right now we all just need to do our best to be kind to one another and get through this together.

If you could perform with one artist dead or alive, who would it be?

Garth Brooks. He is one of the most incredible entertainers in the business in my opinion! The way that he is able to connect with his audience is second to none. I’m sure even being on stage with him would be one of the coolest experiences ever.

What is your final advice to other artists out there trying to make it either in Canada or America?

There’s a saying in Nashville that, “there’s no shortage of pretty people who are good singers.” This is very true. For any artist that is trying to “make it” or break though, I think your biggest priority should be to find something that makes you different from the rest of the crowd and double down on that. People are craving something different, not more of the same.

Michael Monroe Goodman Is Singing “Only If It’s With You”!
S.A. Joe Lucero Interview With Muzique Magazine
Advertisement