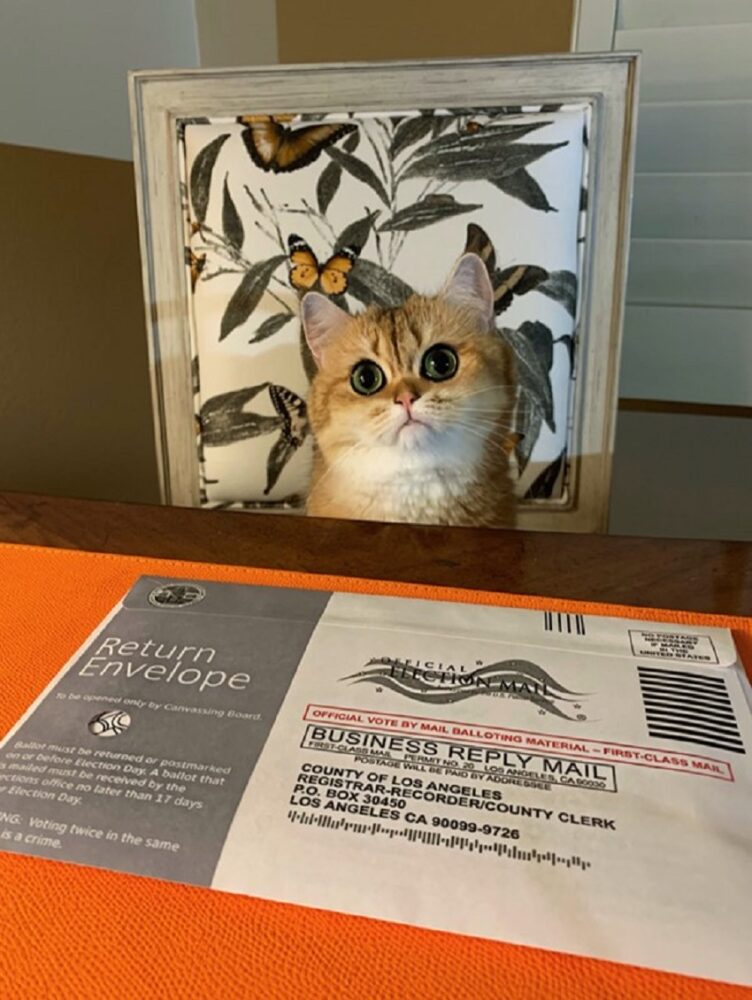 Queen Musia is known to bewitch thousands with her beauty. She has cleverly won many people over from around the world, with her cute face and eccentric character. In fact, she’s so unique that she was born with such rare beauty and it’s intriguing to people worldwide. It’s actually become quite common for people to think that this famous cat is not real.

Today we’re going to share with you 7 fascinating facts about Queen Musia. The cat-influencer, with glowing emerald eyes and a golden-brown fur fit for royalty. She has over 80,000 loyal followers and if you get to know her, we’re confident that you will become a fan too.

On this royal feline’s Instagram page, you can find a lot of comments that refer the cat to a “plush toy” or “stuffed animal”. Queen Musia looks so immaculate in her pictures that many are convinced that she is fake. There are even commenters questioning whether she’s a drawing or fake doll.

One fan located in California commented, “My boyfriend couldn’t believe that she’s an actual cat. He said she looks like a cartoon character”, whereas another fan in India commented, “I showed this cat to my mom and she was convinced she was a fake cat”.

Even though it may be a mystery to some of her followers, the truth is that she’s a golden British shorthair breed and she is indeed real. The young heiress is just 2 years old, but her beauty secret is a lot of sleep.

Her natural eyeliner, mascara and lynx tips are entirely her own

“She inherited her lynx tips from her ancestors, but her eyeliner and mascara we bought for her in Sephora”, her owner joked amusingly.

Queen Musia looks like she’s wearing makeup but she was just born with it and no, it isn’t Maybelline. Her beautiful green eyes stand out due to the natural-looking eyeliner around them. She has doll-like lashes, which are because of her good genes. This queen is always camera ready and never needs makeup artists to make her look fabulous.

Queen Musia has a therapeutic effect on people

The moment people search Queen Musia up on Instagram, they follow her straight away. She has an effect on people, due to the positive energy that she portrays and of course her stunning looks. Her owner has stated, “Some of her fans have told me that they use pictures of Queen Musia to ward off headaches, high blood pressure, and depression.”

Even though Queen Musia carefully chooses who she likes to connect with in real life, she is seriously considering arranging a meet and greet with her fans in the near future.

She may be a strong and outgoing character online, but in real life, she’s actually petite, witty, picky, and demanding. The little cat is impatient and likes things to be done quickly since she’s ambitious and wants to make her dreams come true. Her opinion is always important and she likes to be heard.

“She’s very demanding. If she wants to play, nothing in this world can stop her. She will ask, she will politely demand, and she will even raise her voice, if needed, to get what she wants. She’s very bossy”, her owners say.

She loves to be photographed

There is always a safe place for cats on the internet and an endless feed of entertainment. Queen Musia is a natural supermodel and has quite a few Vogue worthy photos on her social media platforms. The catwalk queen is always ready to show others how it’s done and can even be inspiring to others. Her photographer always captures her sweet and playful side, as well as her striking and powerful poses.

Queen Musia has a HUGE beauty project in the works

The busy kitty is ready to shock the world by releasing her first-ever makeup line. The cosmetic name will be Queen Musia and it’ll be the highest quality of eyeliners, mascaras, and lipsticks for all her fans worldwide. The brand will be cruelty-free, environmentally friendly, and organic.