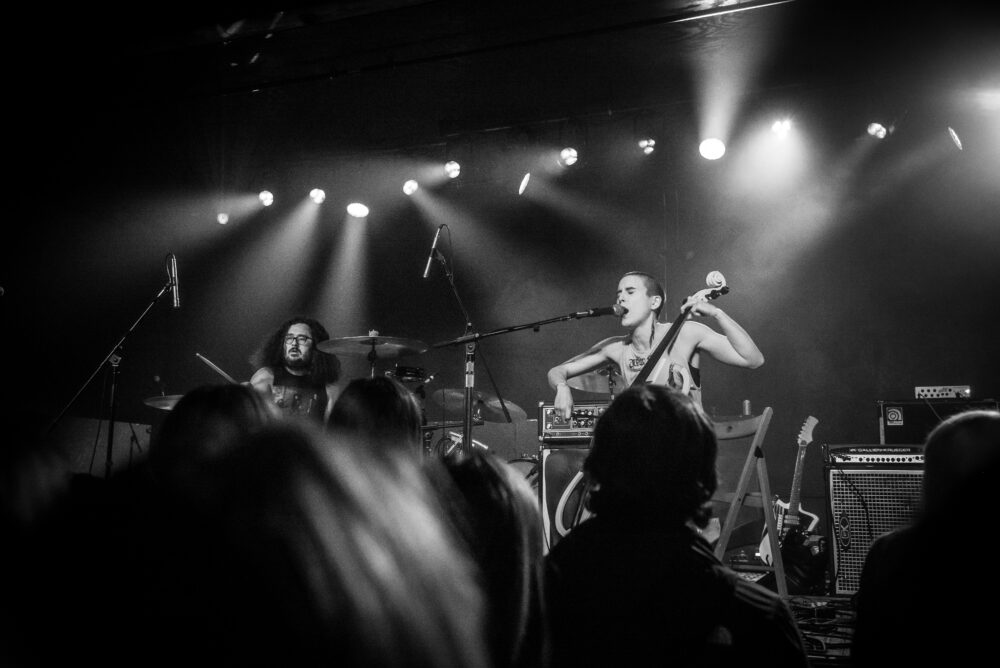 On their part, Lung consists of classically trained opera singer Kate Wakefield and Daisy Caplan, formerly of Foxy Shazam, Babe Rage, and Ayin. Performing for the first time in 2016, Lung has gone on to play more than 400 shows in North Americas, along with touring Europe in 2019, including Germany, Eastern Europe, and Scandinavia.

Remarkably, Lung primarily plays all-ages, non-bar venues because they believe everyone should have access to music.

Drummer Daisy Caplan explains, “To me, an ideal show is a collaborative effort between everyone present. Communication and exchange of ideas, musical and otherwise, drive the experience and can take everyone involved to some pretty fabulous places.”

When their East Coast tour with punk outfit Shellshag was cancelled because of the pandemic, Lung used their time well – writing songs for a new album and putting the finishing touches on an already-completed album.

Highlights from Lung include “What are you asking for?,” which travels on the moody, grating cello heavy with doom-like ambiance and serrated black punk washes of sonic energy. Spine-chilling and urgent, Kate’s voice imbues the lyrics with unnerving flavors.

SKRT commences with “Snowsuit For the Apocalypse,” traveling on blistering, fuzzed-out guitars and Thor-like percussion.

“Better get grown / No credit, overthrown / Mis-a-reckonin these, Miss-a-reckoning me / Aye, can’t fall asleep at night.”

The intro to “Black Adderall” sets nerves to twitching with crippling dark teeter-tottering tones, while grimacing vocals give the lyrics ominous tones.

“Little Rascal, watch ’em go / Off the walls, off the meds, don’t need the shit / You’re not an experiment.”

Both SKRT and Lung have it going on, letting loose crushing waves of sound at once electrifying and rife with primeval dynamics.