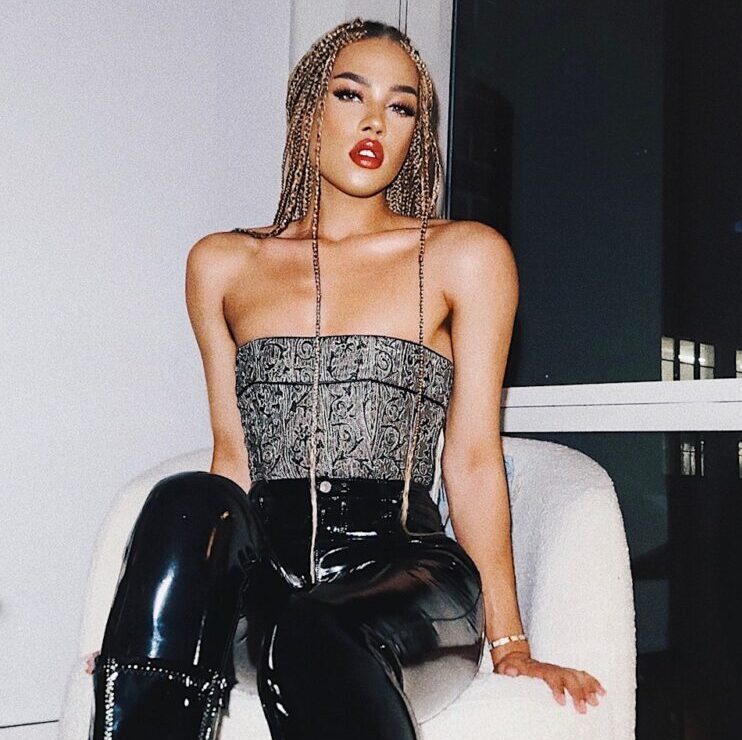 Lil Angel’s anticipated six-track self-titled sophomore studio album is days away from dropping and their fans are beside themselves. Following the release of their freshman album created from the depths of loneliness during a global pandemic, they aim to hit another sonic home run. Their song “toxic” was the #1 most streamed on Amazon Music in February and they also claimed the #4 spot on the iTunes charts. They held that spot for a hot 48 hours, nestled between Katy Perry and Alesso. Recently, “skrt” amassed thousands of streams, becoming their most highly regarded debut yet.

Lil Angel is proud to be from the Big Apple and had this to say of their beloved city, “I’m from New York City! East Coast! Big Apple, baby! NYC has always inspired me to make diverse and unique music. To be an exceptional artist, you must evolve and distinguish yourself from the crowd. I’ve always known that I was special. I’m blessed to be authentically unique and uniquely authentic. It keeps people coming back for more. Nobody ever expects what’s to come next, so they stay tuned and tapped in with me and my art.”

Lil Angel has been singing and dancing their whole life and is greatly influenced by artists from the early 2000s. As far as what is blasting on their speakers lately, “Currently, some of my favorite artists include Meg Thee Stallion, SZA, Drake, Chloe, Lil Nas X, Bia, Doja Cat, Bazzi, ASTN…I could go on! I have so much respect for everybody who’s made an indent in this industry and done such extraordinary works as artists and people. Aspiring to more than music has also always been a major career goal of mine. Building a multifaceted empire is crucial! Just look at Rihanna; she’s dominating the music, fashion, and makeup industries, simultaneously. Legendary status is the end goal.”

While music is undoubtedly their passion, being in the business is a whole different ball game. Angel says, “As a young artist, I wish I’d had someone to explain the business side of the music industry to me. It’s not all sunshine and rainbows. Don’t get me wrong, I am so insanely grateful, but navigating the industry isn’t for the fainthearted. Labels usually have their own best interest in mind. 9 times out of 10, I’ve been treated like a product for consumption as opposed to an actual artist who is human. My own ideas and opinions often get downplayed or invalidated. It’s super scary to take on alone, but I’m blessed to have such supportive family and friends around me to uplift me.”

Angel might have Lil in their name but by no means does that define their goals. They plan on touring globally, meeting fans, pursuing modeling, writing several novels, opening a talent agency, and falling in love. For the immediate future, their new album “ANGEL” is a peek into their mind with exceptional songwriting, emotionally stirring instrumentation, and signature catchy ballads. Be sure to mark your calendars for the release date of May 20th, 2022, and stream their new project on your favorite platform.

UNFOWND MUSIK Is Attracting The Hottest Up and Coming Artist
LA Based Hip Hop Artist HYMN. Returns With ‘Icee’
Advertisement