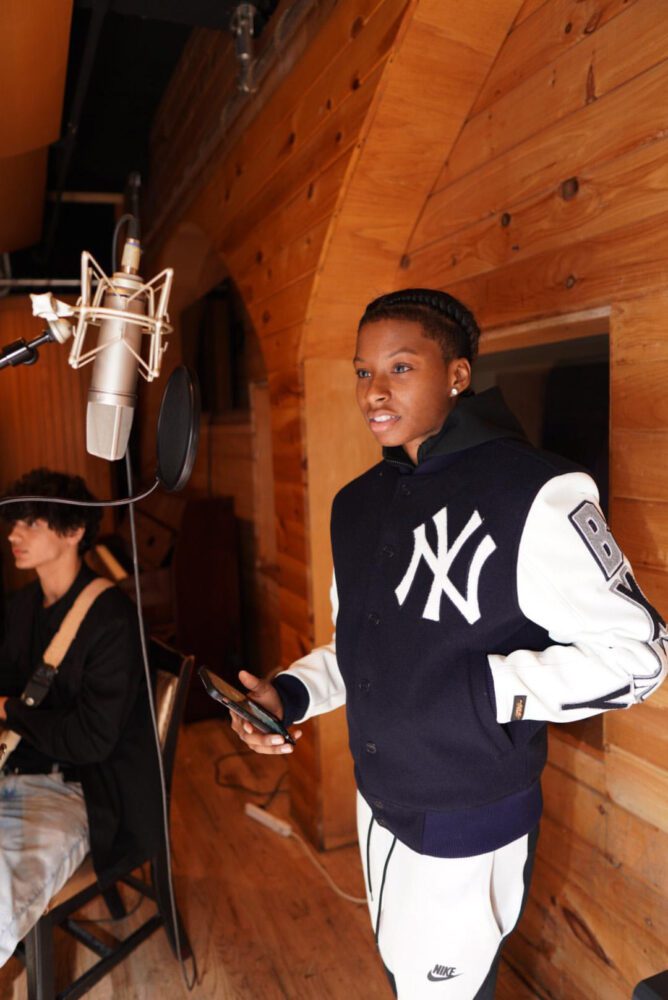 For decades, the Bronx has been an epicenter for the best and brightest minds in the hip-hop industry. Artists like Fat Joe, Swizz Beats, and Cardi B all hold ties in the Bronx neighborhood. Looking to add her name to the list of legendary artists from the NYC borough is up-and-coming rapper Kyy Stacks. After gaining fame on SoundCloud and YouTube with her breakout hit No Talking, Kyy Stacks is prepping her first official release and has her eyes set on major label dreams.

Born and raised in the South Bronx neighborhood, Kyasia Webber, who performs under the Kyy Stacks moniker, was one of five children who were raised solely by their mother. Kyy attributes where she is today in her life to the struggles her mother went through to help get her there. “I have always had people doubting me and bad influences from people in my school and my community,” she shares. Kyy Stacks continues, “I didn’t like the fact that I had to watch my mom raise me and my four siblings by herself. She had to struggle to support us and I had no real father figure in my life.” Using the influence, she gained from her mother as fuel, Kyy Stacks built a strong work ethic for herself in an attempt to put herself in a position to support her mother and siblings for years to come.

The South Bronx rapper got her first taste of success when her track No Talking began to gain traction on Sound Cloud and YouTube. Without skipping a beat, Kyy Stacks kept her nose down and began to perfect her craft in the studio. In June of 2020, she released her first official single entitled No Keyz, which has acted as a teaser for her upcoming EP which she has yet to release details for. Kyy has set goals for herself in the coming years, both as an artist and to become a successful businesswoman in the music industry. “I feel like I am in my own lane and that the only person I am really in competition with is myself because I am only focused on my music and craft. I do show love to other artists, but as a female artist, my sound is different and unique.”