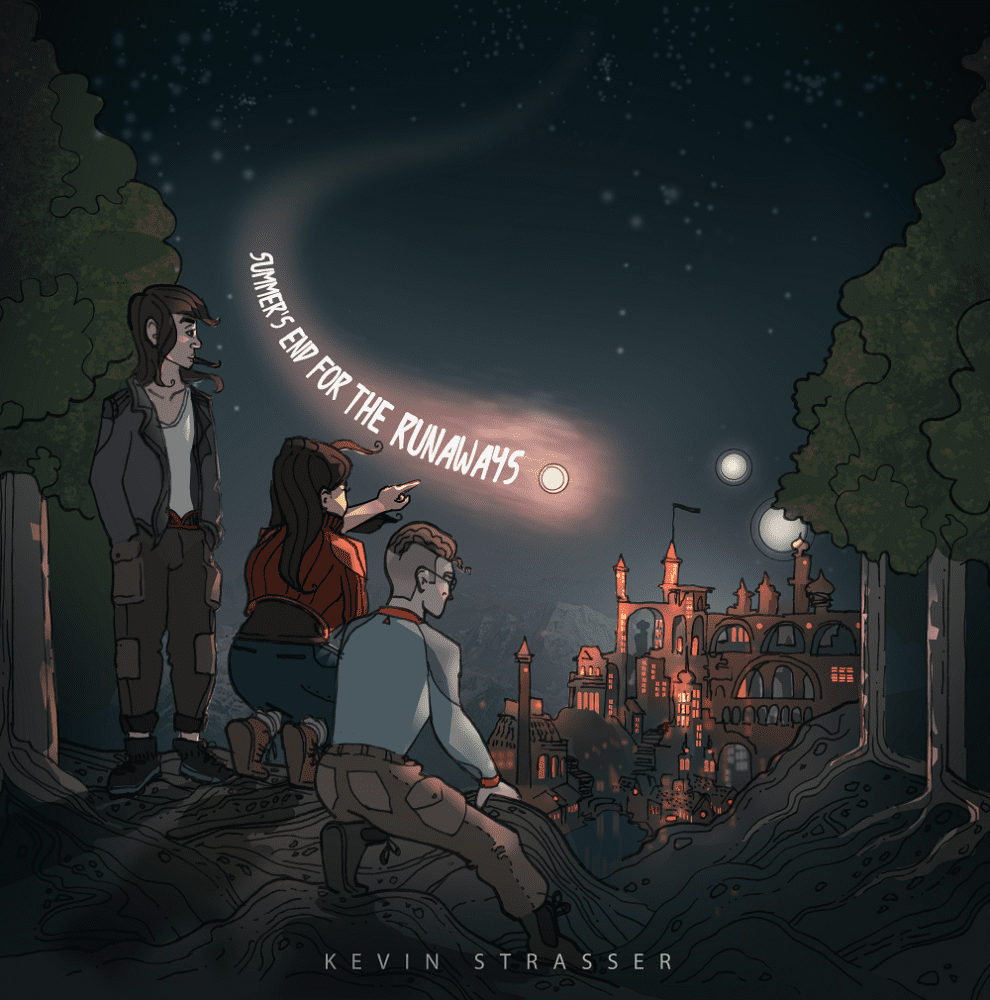 Kevin Strasser talks about his craft, sense of style, and much more

Kevin Strasser is a self-taught multi-instrumentalist and producer from Baltimore, MD. His first love was the drum kit (which he began learning at the age of 10), but after realizing that he could not write a full song with just a set of drums, he taught himself how to play the guitar, bass, and keyboards. After several years of experimenting with his dad’s old 8-track recorder, he upgraded his studio gear and released his first full solo album, The Dance of Desperation, in 2017.

Since then, he has released two more progressive rock/heavy metal albums which he wrote, performed all instruments and vocals, and produced. The latest of these, Summer’s End for the Runaways, was released on May 15, 2020, and features tracks such as “The Runaways”, “The State of the Union”, and “The Warmest Winter”. After the release, he formed a band named after his second album (The Midnight Crusade) to perform material from all three solo albums live in venues all over Maryland, D.C., Pennsylvania, and Virginia.

I use my real name, Kevin Strasser, to represent my music, but the band I play with, The Midnight Crusade, is named after my second solo album.

At the age of 10, two very important things happened at the same time: my parents got me a drum kit, and my mom played me 2112, the 1976 album by Canadian progressive rock trio Rush. As soon as I heard the first 5 minutes of the opening 20-minute track, I was hooked, and over the next few years, I taught myself the guitar, bass, drums, and keyboards so I could one day make records like that.

As I mentioned, Rush has been a huge influence on my lyrical and musical writing style. I’m also influenced musically by Iron Maiden, Dream Theater, Muse, Avenged Sevenfold, and Volbeat, while I take some lyrical inspiration from Bruce Springsteen, Jim Steinman, Neil Peart, Mark Knopfler, and even sci-fi/fantasy authors like George R.R. Martin and Brandon Sanderson.

Summer’s End for the Runaways is a sci-fi concept album featuring a continuous narrative that tells the story of Gem, Ari, and Lyra as they battle mysterious forces and personal demons, all while trying to survive on a doomed planet.

I had done story songs in the past, but I knew I wanted this album to have a singular story that could be partially told by the lyrics, and partially told by the music. So, I wrote a story, and split it into 16 parts that made the individual tracks on the album, then went about writing music that suited the mood of each section of the story.

The lead single I have out now, “The Runaways”, tells the chance encounter that sees Gem, Ari, and Lyra meet for the first time and throw caution to the wind for a night out that quickly spirals out of control. Cue guitar solo.

I love what I do, so I always try to invest 100% of my effort into the current task at hand, whether it’s writing, arranging, recording, or producing. A big challenge for me is figuring out how to appeal to a mass audience while also writing the songs and stories that interest me and keep my creativity alive.

I’m planning to make some more music videos with songs from Summer’s End for the Runaways, and when we’ve beaten this pandemic, get the band going again and tour around the Maryland, D.C., Virginia area, with plans to expand as soon as other cities want to hear us!