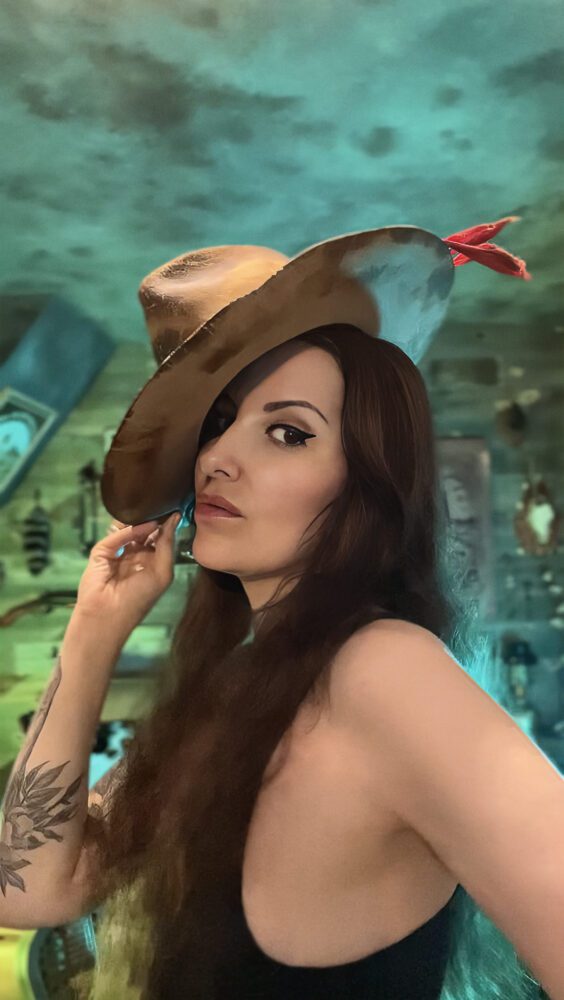 To make the finest music, one must first understand what music is all about and how music may reach out to the hearts of all listeners. To find true inner serenity and the most incredible music in today’s fast-paced world requires dedication and a strong desire. However, when a person knows what he wants in life and finds inner satisfaction, the best kind of music flows to them naturally. This results in a situation that revolutionizes the world. K.K Hammond, one such revolutionary composer cum singer who has established a world as a whole of fand by her creativity and originality, is going to stay through all periods and prove to be the greatest in the business.

K.K. is a slide guitarist and singer-songwriter from the United Kingdom. She draws inspiration from the Delta Blues performers of the 1930s, as well as Appalachian roots music and its forefathers. Feel free to browse her dark and nasty swamp blues, news, and merchandise. When we interviewed K.K., we learned that she is working hard on her music and trying to figure out how to achieve the next milestone in her life, Initia. We assumed it was a new music event, but she surprised us by saying she was trying something new, a vinyl release. She is swamped working on my first vinyl record, which she will distribute herself. It’s keeping her extremely busy figuring out how to handle everything!

She was ecstatic about her new decision and wanted to know how she might improve her profession! She believed that the internet and social media platforms had played a significant part in making her famous and assisting her in reaching out to younger generations. She appeared thankful for how these internet platforms may be used to harness the correct target audience. She believes the internet provides her with versatility previously unavailable to independent artists. It has also significantly altered how people discover and consume music, providing musicians with many new avenues to sell themselves and reach new audiences. During the interview, K.K Hammond also claimed unequivocally that his carer would not have been able to reach such heights if she hadn’t discovered her remarkable admiration in some of the best releases of all time. Her attention is centered on the blues musicians of yesteryear. Skip James, Son House, Blind Willie Johnson, Charlie Patton, Robert Johnson, and a plethora more! To inspire young musicians, we who are still trying out in the sphere of music wish to state that whatever you do, always give your all unless you are giving blood. After her album is released in 2023, she hopes to work on and release some new songs, as well as work on a fascinating Western-themed music video!