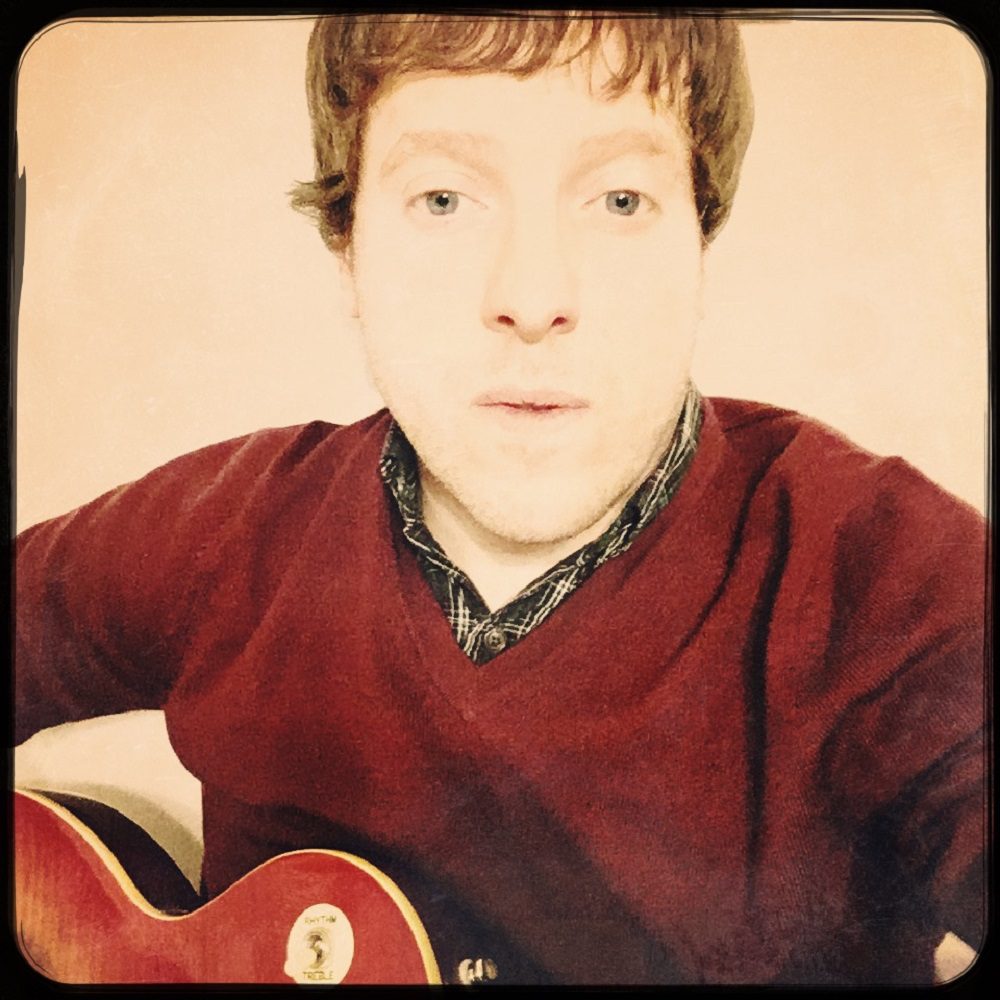 Born and raised in Jersey City, Justin Angelo Morey is a highly innovative and compelling singer, songwriter, and former lead bass guitar player for the mod-rock/garage and rock/psych-rock revival band, the Black Hollies. He has an impressive inventory of successes throughout his musical career, which has become the catalyst for his new solo journey, cultivating empowering music that leaves lasting impressions.

With his parent’s massive genre-diverse record and instrument collections, Justin developed a strong passion for music at an early age. In particular, Justin recalls the repetition of hearing the Beatles records being played, having a profound effect on him. Though he had some help from his Uncle in learning three chords, the majority of his talent stems from self-teaching.

In fact, Justin learned how to play the guitar, bass, and drums by the age of 12. He began playing with other kids in the Catholic Grammar School band, telling the teachers they were going to play church songs, but in reality, they spent lunch hour playing “My Generation” by the Who over and over again. This experience and feeling the electric guitar’s euphoric power was the moment that Justin knew this was what he wanted to pursue in his life.

At the age of 18, Justin joined his first touring band, Rye Coalition. He was invited to play bass with some friends from school, starting off by playing DIY punk-rock basement shows and VFW halls. After releasing their third LP, “On Top”, they received significant label attention, which ultimately landed them an accepted signed offer from DreamWorks. This experience gave them the opportunity to tour the world, supporting bands such as Queens of the Stone Age, Mars Volta, Foo Fighters, and recording an album produced by Dave Grohl. However, with the sale of DreamWorks to Universal, the band went into limbo and eventually halted.

But this closure did not stop Justin from continuing, now focusing his attention towards the infant stages of The Black Hollies. Strongly inspired by obscure artists from the 60s, The Black Hollies band leveraged past iconic sounds with modern elements that fostered unique, soul-enriching sounds. Though the band started out as a garage-rock revival project, each album took the group to new prospering levels.

Each album was never the same as the prior, and every song incorporated unique styles and tones to remain distinct. From psychedelic blues, northern soul, neo-psychedelia, shoegaze, drones, and drum machines, Justin worked diligently with his band members to evolve with the music industry and grow. Over the course of 10 years, The Black Hollies released four full-length albums, various singles, and toured extensively before shutting down.

As the primary songwriter, lead singer, and bass player for this band, Justin has many other incredible opportunities to showcase his talent and passion. For example, he played bass in the female-fronted soul/ R&B group, the Dansettes, and dual female-fronted, punk-soul-rock combo, the Nouvelles. And once The Black Hollies ended, Justin began an electro-punk/power-pop duo with his wife Ash, called Sunshine & the Rain.

Ash was the singer and played the bass, while Justin returned to his roots playing lead guitar, and took on the new challenge of learning drum machine programming. In 2016, this husband and wife team recorded their debut record at Sonic Youth’s Echo Canyon studio in Hoboken with Jon Spencer, all while creating a film launch with the release of the Rye Coalition documentary, the Story of the Hard Luck 5.

As a unique visionary and professional lyrical writer, Justin leverages his artistic mind and skillsets to develop influencing harmonies that leave his audiences wanting more. With his musically inclined skills, both The Black Hollies and Sunshine & the Rain received numerous synch placements across TV, commercials, and film, such as The Black Hollies debut single, “Tell Me What You Want,” being featured in a commercial by Dell computers, and in a season-long national ad campaign for the NFL.

Though he took a break after Sunshine & the Rain to establish his chocolate line, J. A. Morey Artisan Chocolates, there is no denying that music is in Justin’s blood, and it was only a matter of time before he jumped back into it, but now with a twist. Justin is motivated to step into the solo artist realm and make a name for himself as he did during his band days.

With his immense drive, determination, and proven ability to create statement-making productions, Justin was a band icon and now a rising solo artist who has already made his incredible mark within the music industry, and has no plans on stopping that trend any time soon.

On my latest single, “(Tell Me) What’s Your Name”, I managed to accomplish a couple of goals. In addition to playing the drums on one of my solo songs, I’ve always wanted to write something genuine and sincere about love yet still manage to include chicken parm and highlight Anna behind the counter taking the order at one of my favorite Jersey City establishments, 2nd Street Bakery.

I have a ridiculously strong work ethic, which I attribute to never being handed anything and always having to work for what I want. My father was a general contractor, and as a teenager, I would work for him to save up enough money to buy musical instruments, clothes, and records. My greatest challenge is dealing with depression on a regular basis.

I don’t think I’ll ever become as amazing of a lead guitar player as one of my best friends, Herbert Joseph Wiley V. He’s just a natural and still continues to blow my mind just like the first time I watched him play guitar when he was 14 years old.

I plan to continue writing and recording my music.

I’d like to thank my wife Ashley for being my constant muse and for all of her contributions to my music. I would also like to give a shout out to Silent Stereo Records owner/producer/engineer Dennis Pierce for his time and effort, and especially for his musical contributions to my songs.

Check out my Spotify page for new songs:

One of my best friends, Jon Gonnelli once said, “the easy way is the least fruitful”. I’ve held onto that one ever since. Always put the time in and push yourself to become better at your craft.