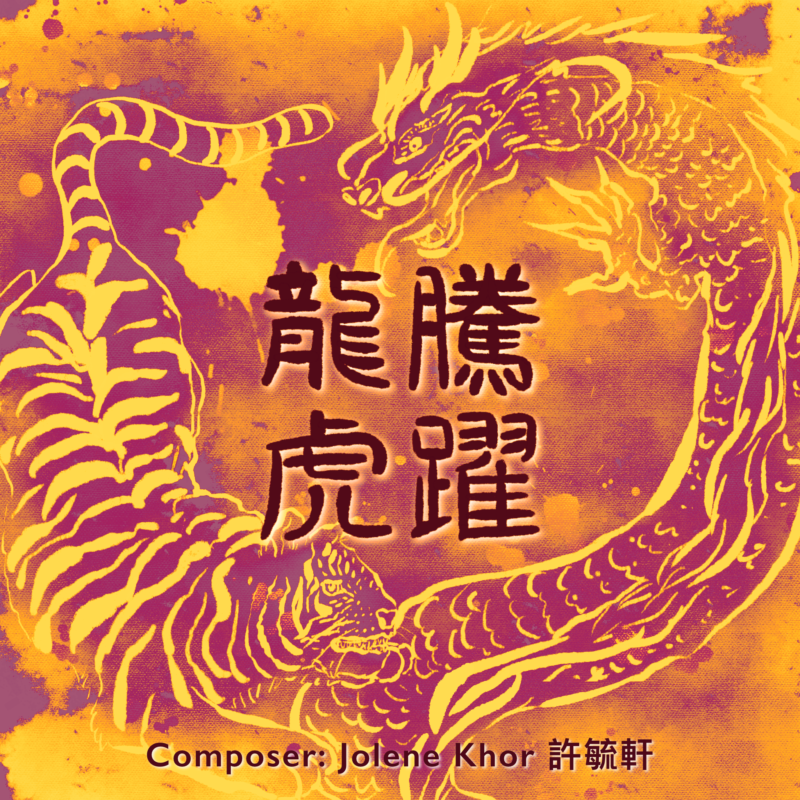 Please tell us a little about yourself.

Hi! My name is Jolene Khor, I graduated with a Master’s in Composition for Screen in 2021 from the Royal College of Music where I studied under Francis Shaw, Dimitri Scarlato, Enrica Sciandrone, and Mike Ladoucer. While at the Royal College of Music, I was given the opportunity to collaborate with undergraduate students from the London Film School, Royal College of Arts, and Central Saint Martins University of the Arts, on many short film projects which earned me some further commissions from the people I worked with.

These have helped me build confidence in composing for a varied set of genres, something only enhanced by the awards and nominations my efforts have garnered over time. I am based in London, writing for films and video games. I also teach Piano, Jazz, Music Theory, and Composition. My current project is the soundtrack for The Gods Fabled Soil Frontier and Towers, the character themes for a D&D podcast called The Storyteller Squad, as well as a soundtrack for the tabletop games by Emberwind.

I start by improvising on the piano until I find an idea to work with, which I will then expand further and orchestrate as needed. A lot of the themes or melodies from my works were created through improvisations, and it’s a fun process for me. Sometimes, music ideas will pop in my head randomly and I have to quickly write them down, as ideas like these are easily forgettable, especially when one is preoccupied with something else.

What are your ambitions in music?

Characters, stories, and emotions come to me in the form of music, and I love to share that music through the medium of film and games. I want to be a part of these great artistic projects that touch the lives of everyone who experiences them.

My EP, Soaring Dragon Leaping Tiger 龍騰虎躍, was created in conjunction with last year’s Chinese New Year Celebration. It was also a project I wanted to release 2 years ago. I love combining Chinese Ethnic instruments with Western Orchestration, it is a fun experience and I like to show the world how the combination of cultures can create beautiful music.

The cultural influence I experience was part of my childhood. I live in Malaysia, a multicultural country where people of different descent live together in harmony. I was exposed to the diverse culture of Malaysia, as well as being part of a Chinese Orchestra club during my high school years which help create my composition style.

I hope to share my music with more audiences so that they can enjoy a whole new and colorful experience. My first piece, Soaring Dragon Leaping Tiger, which is also the title of the EP, is based on a fictional story, where the two tribal communities, Eastern Dragon and Western Tiger competed through their unique traditional drums and percussions. The intensity of their competition through musical instruments, although no weapon was used and no loss of life, was as tense as the real battle during the time of their ancestors.

The clashing cymbals and the intense drumming makes your heart beat to the pace, the melodious tune of the erhu and flute taking the listeners into a new realm where dragons soar in the skies while tigers roam the plains freely and majestically

I’m currently composing for the video games The Gods Fabled Soil Frontier and Towers as well as a soundtrack for the tabletop games by Emberwind, and Nomnivores Games. I’m also working on collaborations with musicians, filmmakers as well as tabletop DMs.

Recently, I released a single named, “Hinode”, with Robert V. Lampkin and it is now live on major streaming platforms like Spotify, Apple Music, and Amazon Music. Do have a listen to that if you are a fan of Studio Ghibli music! And also check out our recent interview regarding our collaboration with Muzique Magazine.

I would like to thank my teacher, Mr. Fong Peng Chuan, owner of Hits Recording Studio, for mixing and mastering my music. The quality of the sound was enhanced a lot with his help.

I would also like to thank my friend, Kitty Tsoi, for creating the wonderful cover art of this album. She even created 14 different versions for me to choose from, I really appreciate her effort on this.

Finally, I would also like to thank my family who are in Malaysia and Taiwan for supporting me in creating this album.