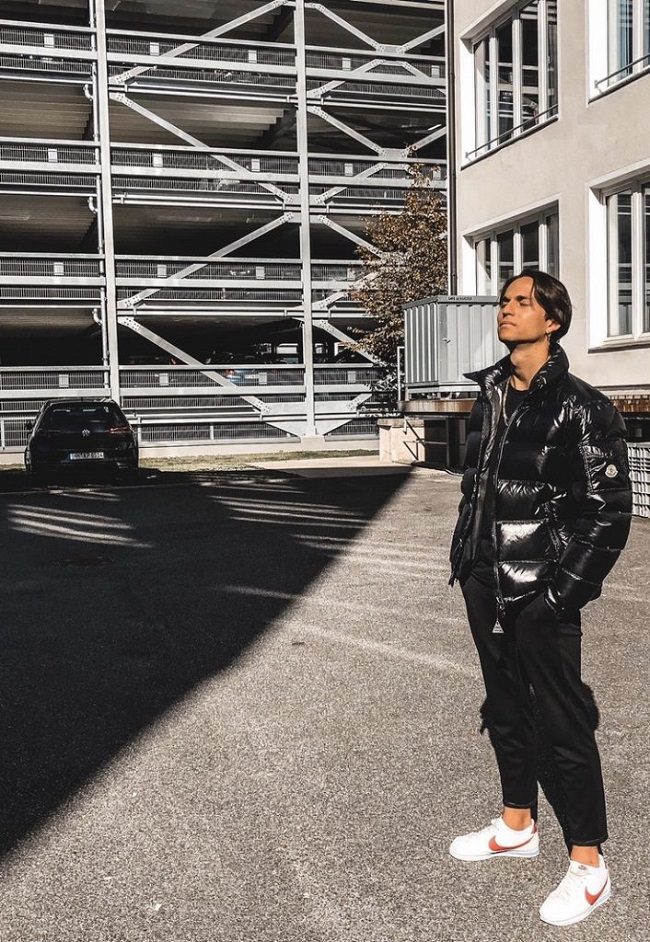 Dari” is my nickname (everybody calls me Dari) and I thought it sounds cool so I came up with Dari as my stage name.

To begin with my dad was a musician back then and like when I was 7-8 he always told me to sing because – as he said – I had a good voice. I never listened to him because I had the dream of becoming a professional soccer player but I sang everywhere I could possibly sing like under the shower, in the car, and when I was with my friends.

The funny thing is I never really was into HipHop/Rap at this time. I only listened to Chris Brown, Akon, Bruno Mars, and Justin Bieber to name a few. Really Big Sean, Meek Mill, and Tory Lanez introduced me more to the Hip/Hop scene. 2016 was the year where I actually started to write lyrics to beats that already existed like my first complete song was written on Tory Lanez song „Diamonds“.

I really enjoyed writing lyrics even though my first ones were pretty bad but I was able to process my emotions through good and bad times. It became more and more one of my passions. My first ever song recording (not professionally) was with my bro Sreezi in winter 2017. I wrote lyrics to 2Chainz song, Watch Out“ and we recorded it the remix for fun in his bathroom and through Memo on my iPhone.

2018 was the time I gave up my dream of becoming a soccer player but it was also the year where I released my first single „Come To Me“. I found the beat on YouTube – it was an afro type beat – and I really vibe with it. I grew on writing and releasing songs more and more and it helped me through so much. I really was in love with music at a young age and I realized that through music you can touch and help people.

I realized I didn’t want to just release music. I want to help people who are going through bad times. I want to use the platform I have to reach out to as many people as possible and want to spread more love and positive energy all over the world.

I really love singing and rapping. I think you can say that I was influenced the most by Tory Lanez, Juice Wrld (rest in peace) and Big Sean. Juice Wrld helped me through so much I can’t even count through how many honestly but I felt his music about heartbreak and stuff.

Mixing that with his unique voice and his singing style really influenced me and encouraged me to try it and do that same thing. To sing and rap about my personal experience with heartbreaks and my mental state. Tory Lanez was the one who really encouraged me to write my first lyrics. One day in 2016 I searched him up because I wanted to know who he was since he had this dope feature on „Lord Knows“ by Meek Mill.

Coincidentally he released his first project „I Told You“ on that day so I gave it a listen and I was fascinated by his story. I had that urge to write a song and I did as previously said. His ability to mix those vocals he has with rapping really influenced me in my way of writing and singing my songs. Big Sean is a lyrically genius in my opinion. I love his wordplay and his metaphors and he helped me through tough times too.

His single „One Man Can Change The World“ is my all-time favorite song and he influenced me in not just talking bout material things but also about things that got a deeper meaning. He also was the reason I went of a more spiritual part and not just to focus on the money and watches etc but to focus on my inner self.

I got 2 songs that I’m planning to release soon. One is called „Traumatized’ and the other one „On The Low“. Traumatized is about a girl who I was in love with and I thought she felt the same way cause she said that she loved me but she left me for someone older and financially more abundant than I was.

That song is based on a true story and as I said before I process my emotions in that song. The song also got the message that you don’t have to search for love in other people but to search for love in yourself. You can’t force someone to be with you and potentially everybody can leave you so you gotta learn how to love and live by yourself. Low is taking place in the future. I made it one of the most successful music artists in the United States, got rich and now that I’m on.

The girl who left me suddenly texts me and wanna hang out but I moved on and don’t wanna hear from her anymore. I believe in the 7 hermetic principles and one principle is the law of attraction. I always picture my future as bright as possible and the best way for me to speak things into existence is to talk about my dreams in a song.

I’m also working on mixtape/album with my previously released song „Gold Digger“ and the songs „Traumatized“ and „On The Low“ being on it. It shows my road from various heartbreaks to the road of success. The message of the album is to use whatever you go through to your advantage to be successful but I don’t wanna spoil too much.

I think one of my greatest challenges is to show people the real me. Most of the people put me into a specific box being the spoiled kid who can get with any girl he wants and who got no problems in his life. That is completely just based on my looks but people never take time to really know me.

I have never been spoiled, I never got the girl I loved and I get hella problems in my life. People who really know me always tell me that they completely put me into the wrong box or had a completely different picture of myself. Through music, I don’t wanna fake things and stuff. I want to express my emotions and wanna tell the world about me and my journey. I hope to inspire at least one person to make more out of her/his life. My biggest attribute is that I dream big.

Every day I picture myself having the things I desire the most. Making music, helping people, being financially abundant and being healthy. This gives me the energy and motivation I need to conquer every obstacle and turn it into a W.

I got Instagram and TikTok. My user name is dxri25 on both platforms. Y’all can text me to have a good convo and maybe we can link.