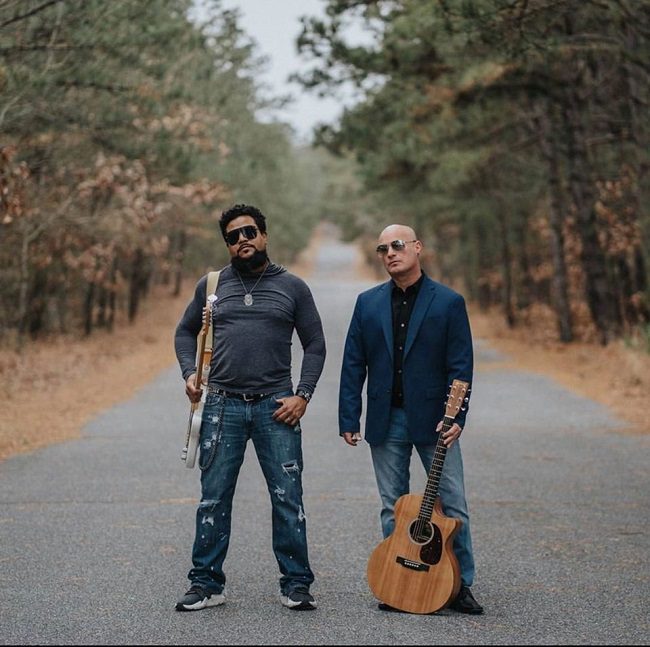 Welcome, Little King! We are excited to chat with you. Please fill us in on your backstory. We would love to learn more about you and your passion for music.

Thank you, and Good Morning…the pleasure is mine.

I think it’s pretty well-documented that I grew up in Seattle, have made 6 records in El Paso, and have lived in Delaware for the past few years.  So having established that in many other interviews, I think I’ll share some more interesting (and less-discussed) tidbits. In fact, that shall be the theme of this interview!

Rush was my favorite group by a wide margin growing up, and they are still my big go-to. I saw them about 30 times live from the 1986 Power Windows tour all the way up to their last tour, R40, in Tulsa, OK in May of 2015.  I got to a point at about age 13 where I knew all of their songs by ear, so when I got my first guitar, I went and bought a chord/tab book. From there, I just put my fingers on the fretboard and played along.  I knew what the songs were supposed to sound like, so that helped me learn Rush songs and, ultimately, to play guitar competently.

The complexity with which Alex Lifeson has played for years shaped who I am as a musicians, perhaps even more that Neil Peart’s lyrics and beats and Geddy Lee’s voice.  Any rock guitar player worth their salt will acknowledge how unique Alex’s chord voicings and solos are…they are hard to learn and root out because they are so unconventional. That has had a tremendous effect of my playing and compositions throughout me 23 years of making records.  Thanks, Lerxst!

How long have you been playing guitar? Do you play other instruments?

My mom actually bought me a guitar in about 1986, so I guess I was 14. That’s a long time, right?  It was an old black Kramer that had that classic 80’s metal body style.  It rocked.  I also came with an MXR Phase 90 that I never shoulda pawned.

So I messed with it awhile, but I wasn’t particularly serious until maybe my Junior year of High School. I joined a band as a (really poor) singer and we called ourselves the Green T’s.  I thought that was funny.  Anyway, my life had been basketball until that point (I was NOT really poor at hoops) but I saw the writing on the wall…not a ton of 5’7″ half-Jewish kids in the NBA.  So my dad bought me a Washburn Acoustic guitar in 1988 for Xmas, and it took off from there.  Cool thing is, that guitar is still with me!  It’s quite literally my oldest surviving possession and has been the main guitar I have used for writing forever.

I can play bass, and I am a really mediocre drummer.  Other than that, I am such a guitar player that its sort of pointless. I mean, I hear life through the ears of a guitar…whether it’s a leaf-blower, turn signal, or a cardinal…it’s a riff!

You have a project out titled “Occam’s Foil” – how did you land on that as the name?

Occam’s Razor is a longstanding theory of “how to figure shit out.”  It originated in the 1300’s from Friar William of Ockam, and his philosophy was basically espousing simplicity. Honorable, to a degree…the simplest answer is typically the correct answer, absent extenuating or unusual circumstances.  I’m paraphrasing, but you get the gist of it.

The modern practical applications of Occam’s Razor are fascinating and wide-ranging.  Is simplicity really the best course of action when examining things critically? I think NOT.  Thus, the “Foil,” or counter-argument.  That’s the theme of this album.

Question everything. Examine more deeply.  Listen to divergent opinions and do your own independent research.  Oftentimes, especially wading into the cesspool of social media, the LOUDEST voice is the lead rather than the most informed voice. That drives me nuts!  So I examine this tenet as it relates to politics, religion, relationships, the Opioid crisis, and more.  It’s maddening to me to look around and see how little care and deeper thought humans give to critical issues.  Do better, humans.

Now get off my lawn.

We loved every song on the EP – do you have a favorite? If so, why?

Well, that’s kind of you to say!  I don’t even love EVERY song on Occam’s Foil. There’s one on there who shall remain nameless who didn’t cooperate at all. It’s the bad seed…every family has one.  My songs ARE like my children, so there you go.

I do love “The Skin That I’m In.” It’s got everything a good Little King song should have. Solid, introspective, somewhat autobiographical lyrics; a cool arrangement with some awesome guest performances; a guitar solo that melts your face. Works for me.  That guitar solo was cut it one take, by the way…most of the solos were on the album.  I love that solo.

If you had to name one artist that inspires your work the most – who would it be?

I discussed Rush at length before, so let’s veer away from them. I have a grip of diverse musical influences who all deserve honorable mention: The Who, Zep, Floyd, Steely Dan, David Byrne, Snoop, 2pac, Dr. Dre, Vivaldi, Mozart, Peter Tosh, Widespread Panic, The Grateful Dead, John Mellencamp, Joe Satriani, Buena Vista Social Club, Iron Maiden, and Judas Priest.  That was just this morning.

I just appreciate those who put care and time and effort into their art with an eye towards originality and creativity. An attitude that they aren’t making art for an audience, but rather making art that DEMANDS an audience. That’s an ethos that we should all aspire to.

What do you hope listeners feel or take away after hearing the EP?

I want people to see that we care, we tried really hard, that it sounds like LITTLE KING and no one else, particularly. That it was well-executed, still a little raw, and passionate.  If they take that away, then I don’t much care if it’s their cup of tea or not.

Little King will make albums for as long as possible.  Occam’s Foil is a way-station on the journey…not the final destination.

Tell readers where they can find your music and connect with you on social media!

The old school web site has everything at www.littlekingtunes.com.  We update that weekly and it has a nice collection of the last 5 albums available for YouTube streaming, links to all of the Streaming services, a bio, video interviews, and compendium of the press, and more. I like it.