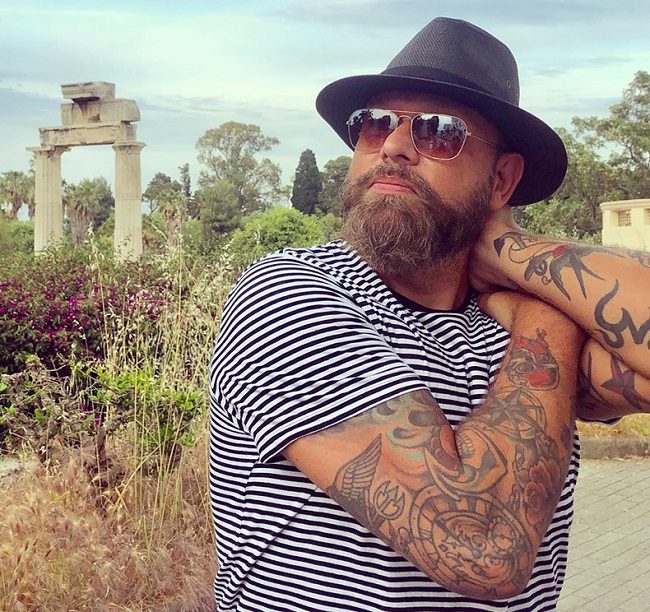 John Arthur Lewis is a Swedish Songwriter, Composer, Filmmaker, and actor. He started playing drums and guitar at the age of 6. John Arthur Lewis grew up in Stockholm, Sweden, and Greece. He played in different bands and wrote songs thru his whole childhood.

John Arthur Lewis studied music in high school and at Skeppsholmens Folkhögskola, Musiklinjen in Stockholm. He kept writing songs and performed in theaters and on music stages in Sweden and in the US.

John Arthur Lewis moved to Los Angeles in 1994 to study music at Musicians Institute of Technology. After graduation, he moved to the UK to write songs for, radio, commercials, bands, shows, and theatre plays.

In April John Arthur Lewis composed the song “By Your Side” to help the organization Vid Din Sida. VDS works and supports the elderly and homeless people in Stockholm. All the money will go to the organization VDS so that they can continue the important work to help and support our homeless and elderly citizens.

My name is John Arthur Lewis. Sometimes I use the artist name JAL. My album that is being released June 6 is called “The Birth of JAL”.

As a young kid, I turned pots and pans upside down and used cutlery to play drums on them. Then I started to play an old guitar and wrote my first song when I was 7 years old. My passion for music has always been there, my creativity and how music affects me deep inside. I have done many different things in my life, but music and film have always been the right things for me to work with.

I have always experimented with different styles of music. I love to challenge myself and create music and styles that I never have done before. I am very influenced by film music and by artists and composers that surprise me. I like Queen, Van Morrisson, Dire Straits, Jaco Pastorius, Miles Davies, John Lee Hooker, and many many more…

The projects I’m working on right now is music for a major broadcasting network in the US. I’m also composing some music for dance clubs in Serbia. But before all that I’m releasing my album in Los Angeles June 6. I’m really excited, the album consists of 15 tracks and they are very different styles all of them basically.

The greatest challenge for me is to turn off my creativity when I need to do other things in life. I know that some artists and creators have the opposite problem and find it sometimes difficult to find inspiration and to create music etc.

I have to be very disciplined and stop creating and composing. I can never get bored. For me, there is not enough time to do all the music and ideas that I have in my head.

I am releasing two music videos and also planning a short comedy. I also have ideas for another album and maybe another single this autumn.

I want to thank Nicola and Joel!

They can find me on

If you love what you do, do it and you will either be very good at it or get sick of it!

If you get good at it you will be able to work with what you’ve been dreaming of.

If you get sick of it, it was not your thing to do so it gives you a good chance to find your true calling in life.