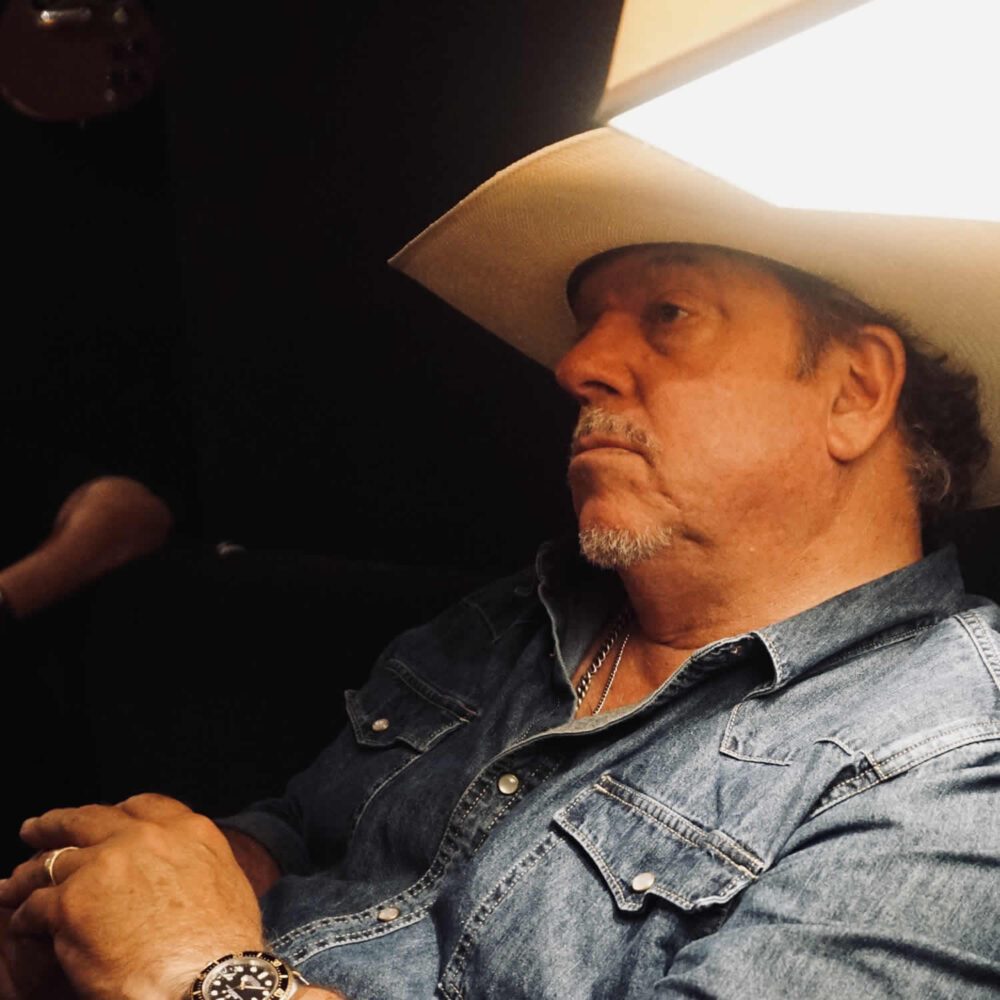 Country singer-songwriter Jim Waneka released the music video, “Two Angels,” not long ago. It’s a song about the angels we meet in life, angels disguised as human beings.

With his rich baritone voice, Jim conjures up suggestions of Johnny Cash, while his songwriting recalls Buddy Miller, poignant and expressive.

It all began two years ago when Jim heard music calling his name once again. He had set it aside years ago to provide for his family. Now, writing his own music, and recording in L.A., Nashville, and Muscle Shoals with the crème de la crème of musicians, Jim is dazzling listeners with his deluxe voice.

“And it’s the glory, I now see / It’s their shields, that set me free / The crack of thunder, whimpered when they played / Two angels came for me, two angels I’m free.”

The video displays Jim’s aura and plush voice as he and his band perform at The Viper Room. “Two Angels” is a grand song, at once stirring and buoyant.

Muzique Magazine caught up with Jim Waneka to find out the inspiration for “Two Angels,” what kind of guitar he plays, and what listeners can look forward to for 2022.

If you could date any celebrity/musician, who would it be? And why?

I’d love to date a bevy of beautiful past and present female singers, but I’d like to stay married.  But I wouldn’t mind having a beer with Elvis, Johnny Cash, The Beatles, The Stones, U2, or Keith Urban.

“Two Angels” tells how angels may be helping us find our way, but we might not even be aware of their presence. It’s a very upbeat song that also has a deep meaning for me because I believe I was helped by two friends that in effect were angels for me.

Let’s talk gear for a minute. What kind of guitar do you play?

I have a one-off Dean Markley that has a great sound, and I’ve written many songs with it.  I got it directly from Dean, who is a good friend of mine. I also play Taylor, Martin, and Gibson acoustics and I love them all.

We shot the “Two Angels” video at the Viper Room in Hollywood, and the outdoor cuts were shot on the streets nearby. We had a great time making the video, and the director, Michael V. Greene, did an outstanding job in a very short timeframe.

My family encouraged me from the very beginning, and I grew up surrounded by live music. My Aunt Rose and my cousin Dick, who was a professional musician, both helped push me toward music when I was very young, and I’m told that I started trying to sing with them at about the same time I started talking. As teenagers, my cousin Bruce and I started a band, I played drums and sang lead vocals. That led to playing in other bands and learning to develop my own songs. Then I quit playing for many years to concentrate on raising my family and building the construction business I started. About two years ago a very powerful voice/spirit came to me and urged me to start singing and writing music again.

Which artists/musicians had the most impact on your personal style of playing/singing?

Not sure how “guilty” this is, but I occasionally watch The Voice. It’s also fun to check out a few of the old videos that ran on MTV. Some were quite good, and others were just plain awful. Out of professional courtesy, I won’t go into further detail.

Any advice for young artists just getting started?

Believe in yourself and believe in your music. There are many who will try to discourage you or want to change your music, but don’t let that happen. Your music is your gift to share with your family, your friends, and the world.

Given the strength and frequency with which my spirit-muse delivers songs to me through my dreams, I know that something powerful wants me to keep writing and singing. I feel quite blessed that my spirit-muse helps guide me.

What can your fans expect in the next six months? New music? Live gigs?

I have been recording several new songs in LA. One of them, “I’m Coming Home,” will be released December 3rd. Then I will drop my first album this coming spring, which will likely include some brand-new songs no one has heard. We will start playing some live gigs next year as well. Much more to come!

Interview: Janean Christine Mariani Opens Up About “Red Number 5”
BG’97’s “Transporter” is a musical journey, one you don’t want to miss
Advertisement