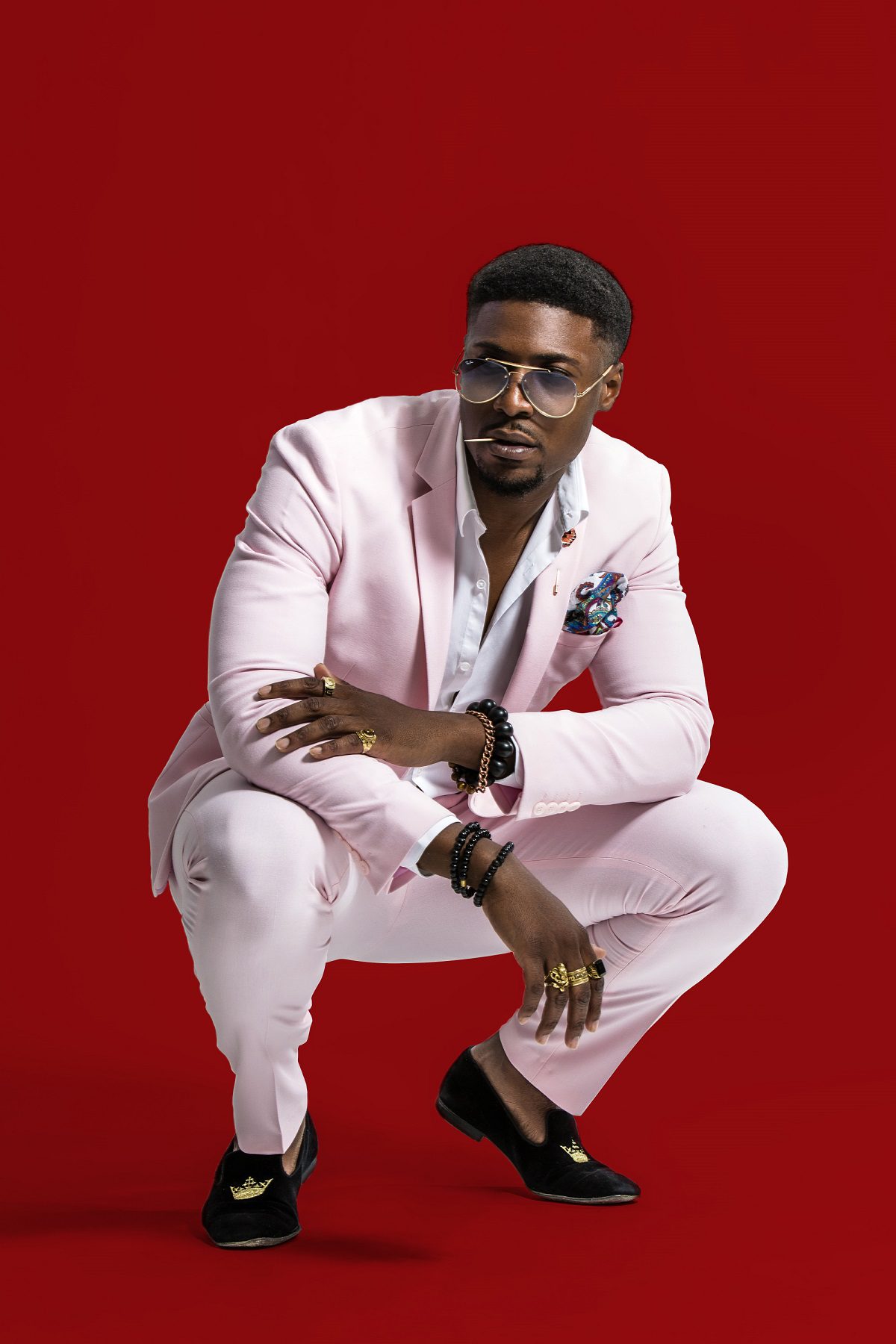 Zaxai (ZA-K-EYE) one of Brooklyn NY’s eclectic artists. Born of Haitian descent he credits a lot of his sound to his up diverse, cultural upbringing.

Captivating, intimate, are only a few words to describe his voice & performances. That energy is what brought Zaxai to the Top 24 of season 15 of “NBC The Voice” where both Kelly and Jennifer Hudson fought over this young man to gain a spot on both their teams. In the words of Jennifer Hudson, “you’re a natural performer, you’re ready.” Zaxai is ready to take the music industry by storm.

Although his roots hail from Haiti this passionate performer sings in 6 different languages. They are English French Creole Spanish Italian and Russian. He explains “Music is my mistress. I want to know as much of her as I can.”  Zaxai began singing in church at the age of 12 & playing the guitar at 14. It’s there he credits his foundation and knew he wanted to be an artist.

He has traveled all across the world singing professionally since the age of 18 where he started his career singing background vocals for recording artists such as Avery Storm, & international Jazz legend Emeline Michel and most recent, Abir for her YouTube live sessions.

I am a massive fan of Dragon Ball Z Kai. So I put it together. “Z-kai” in fact, I originally spelled it as ZaKai but loved the symmetry with an X. This was almost 8 years ago. I believed that someone would recognize what I saw in the name ZAXAI and how unique it is. I ended up on NBC THE VOICE and now I have almost 14 babies named after me and counting. I later found out that Zakai was a prominent figure in the bible and so I took it as confirmation.

I realized I loved music from a young age but was too afraid to pursue it. I grew up in a Haitian household where if anyone knows in my generation, the only career options are, doctor, lawyer, engineer, pastor lol. I was a good kid but a bit of a rebel. I’d say at the age of 19 I knew I wanted to be a musician but too afraid to pursue it. I got my degree in psych to get my parents off my back and pursued the dream.

My father and my uncle. My father played all types of music in the household. He was the biggest Michael Jackson and Commodore fan. My uncle as well. My uncle also played heavy Haitian music and that gave me another side to the art. My sense of style is unknown. I’m versatile and I mean that.

I’ve written classic “Disney” esk ballads entitled “Find Me Here” and then an Afro-Haitian song whilst singing in creole, entitled “BLESS”. My uncle is definitely the foundation for that. He had a private chauffeur business where in the morning he would pick up kids and take us to and from school. I remember pretending to play every instrument; listening to Z100 in the morning and asking the rest of the kids to join in. I didn’t realize it then but I was creating my own band.

Well first, “Son of the Xrown: Warrior” releases in NOV. The first single on that project entitled, “Goodbye”, debuts July 17th. The second single entitled, “I want you”, debuts August 20th. “Son of the Xrown” is the literal definition of my middle name, “Stevenson”. I wouldn’t have known that if it wasn’t for a very special friend of mine who I credit a lot too. I use a lot of metaphors in my everyday life. There was a time where I felt like I “lost my crown or XROWN” aka my smile, my joy, and my identity. She helped me with that. Later on, told me its meaning.

My greatest challenge is doing a majority of everything to manifest this dream, by myself. Don’t get me wrong I have a small team I’m grateful for and I promise you, I wouldn’t have come this far without them. I’m talking Chris Aran, Jay Rivera, Kayvion Sire, and most recent Vanessa Lopes. Outside of them and what they help with, I style myself, I reach out to Deejays, I edit my own videos, produce my own shows, contact venues as well as promoters to book me in my city or in others.

Book that flight and hotel for multiple cities, create sed budget and more meetings whilst int that town, schedule all types of meetings for various reasons, rehearsals with my band, come up with marketing content for my social media and on top of that, maintain time for my actual JOB! That job is just as taxing but I enjoy it. The weight of a real crown is heavy on your head. I will wear it until it’s light as a feather and then search for an even heavier one. it’s a challenge because I’m a sucker for quality and when you’re a “Jack of all trades” quality always suffers. My greatest quality is I never give up. I figure it out.

I know very few will work that stage with the same energy and for as long as I can, have and will. I can hold a crowd for 3 hours from either talking, singing, joking around, and engagement. You don’t have to be the most amazing musician as an “ARTIST” but you do need to come to a place where you’re a master of ARTISTRY and an artist has a bit more responsibilities than simply being a musician.

The art is lost. I say this confidently to any label or anyone, “Don’t put me on the same bill with one of your inexperienced artists. They will regret it.” That’s not even being cocky, it’s my confidence in my ability, and that only came with the grace of God and YEARS of preparation. Even Jennifer Hudson said whilst I was on “The Voice”, you look ready. I am ready.

You’ll see it when it manifests. However for now, continue to release the music and build.

Fans can find me any and every. Just type in “Zaxai Official” on all social media or Zaxai Music if on google or simply “Zaxai”. I will pop up.

You’re a business. Every artist needs to treat themselves as such. If you can understand that marketing is number 1 you’ll be fine. The second is to truly understand that this isn’t an easy road.

If you’re a fan of adventure then this is for you, but with every adventure, there are times where the story gets dark. KEEP GOING. That’s only fuel to light your artistry and content for your music. It’s also life teaching you.