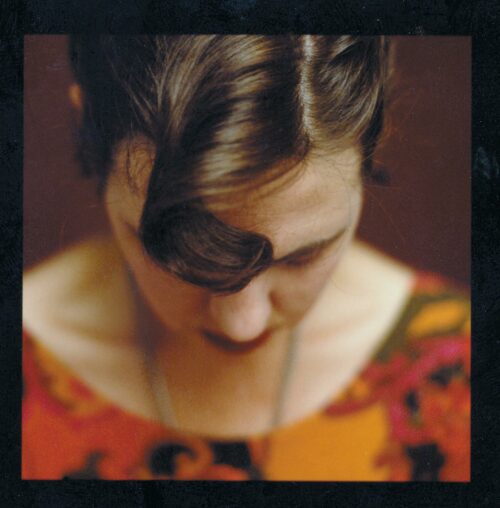 Elizabeth, please tell us about yourself and your alter ego, Alpha Cat.

Alter ego is a funny way of putting it! It was not my original intent to have one since that name came about when I was first working and recording with a band. It’s just that the bands kind of came and went and there were these records out that got a bit of attention, so the name stuck. Originally, my first groups’ name was Meerkat, because I had seen and photographed a meerkat at a zoo back in the day, and was a bit obsessed with them. So, I was designing the package for Real Boy with that name in mind, because I had a really cool shot of one that I wanted to use.

But as I worked on it I actually didn’t like the way the word looked, so I tried a few different things, and Alpha Cat looked cool. Then I got my first real band together, (as the record was already charting on college radio,) I ended up with a band with three girls and two boys, and it made a lot of sense, with the connotation of female empowerment, and also the priority I had grown to give to intuition, or you might say the yin energy, over the masculine or yang energy. You might guess from my terminology that I’m into some spiritual stuff, like the I Ching and astrology, and you would be right.

How long have you been involved professionally with music?

Well, I would use the term “professionally” loosely. When I first started gigging and recording, and when I first started to get airplay, I had a CD, but I didn’t even have a website or any way to sell it. And I booked our first Alpha Cat tour myself, with no experience or knowledge of really how to do any of it.

I just booked some gigs in towns where the record was charting, rented a van, and off we went. Needless to say, I did not end up in the black! I made some money off royalties from airplay and from a song I had in a film that ended up on TV ultimately, but I seriously lost money on the whole shebang. I financed the music with two mortgages and a line of credit on the
house that I had owned with my ex-husband. And a job.

How did you get your start?

I guess it was that I started writing songs with my then-husband (playing guitar) and rehearsing with a Brit keyboard/bass player named Mick (no lie) and a drummer whose name I can’t recall who insisted on bringing a TV down to the basement where we rehearsed so that he could watch the Cosby Show during rehearsals. I was obviously not having it, and when my husband asked him not to do it, he actually called my husband “whipped!”

Who are some of the musicians you’ve worked with along the way?

While I haven’t been that lucky thus far in terms of monetary profit, because I got my start photographing bands and making friends with some of them, I have been very lucky to have made some connections with some pretty amazing musicians through them along the way. So, people that other people might know: Richard Lloyd and Fred Smith of Television, Matt Johnson, who was Jeff Buckley’s drummer, Doug Pettibone, who worked on this current record, just came off of a tour with John Mayer and had a longtime musical relationship with Lucinda Williams.

But I have to say I have an incredibly soft spot for Angela Babin (guitar), Lori Bingel (bass), and Derek Dragotis (backing vocals), who were in the original Alpha Cat, and are featured in the song Black Hole, for both their musicianship and their long term friendship. And of course, without Jason Smith, who hooked me up with the rest of the musicians on TRGH, this record would have never been made. And he is a phenomenal drummer who I feel privileged to have worked with and to call my friend.

You’ve released several CDs over the years. Could you tell a bit about each one?

Real Boy was originally recorded as a demo with Fred Smith. But we ended up liking it so much that I just thought, well let’s just throw it up against the wall and see if it sticks. I found a promoter willing to work the record and having sent out 150 copies to the radio, it ended up beating Beck’s Midnite Vultures and Metallica’s S&M in the add charts for that week. And those two had obviously sent out quite a few more records than me. And it was well-reviewed.

Pearl Harbor was a bit of a concept album, based around the song of that name, which was written in response to a couple of soul-shocking events that had happened in my life, and the realization that Pearl Harbor must have been named that before it was bombed, because there were literally, pearls in the harbor. I tried to imagine what it might take to get back to a place where it became about treasure again, as opposed to destruction. So the CD is really about transformation through tragedy, which is a running theme for me.

And Thatched Roof Glass House was originally meant to be part of a much longer record called Venus Smile. For years, a few of my friends urged me to put these songs out as an EP, but I was adamant that I was not going to do it unless it was the full 15 songs I originally recorded. I just wasn’t willing. And then I was. But the songs on this
are about relationships, both with romantic interests, and one about my mother, and there is a song I wrote about my experience on 9/11, which I think I may be forgiven for now that enough time has passed.

Do you have a follow-up record in the works that we can look forward to in the near future?

Well, to be honest, I’ve just relatively recently emerged from a really long time in a really dark place, where I had lost my voice and my ability to do music at all, so I’m going to take a bit of time to get those things back. But the plan as of now is to finish the remaining 8 tracks from Venus Smile, all of which require vocals, and then put that out. Date TBD.

When you’re writing a new song which comes first for you, the music or the lyrics?

I guess I originally started with just writing words, for years. It became a stream of consciousness kind of thing where the words started to create their own lyricality and meaning. So usually words first. That said, I had written the music for the song Pearl Harbor a year before the events that inspired the lyrics even took place. And then when the band had a gig on Pearl Harbor Day, I decided to write a song for it, and the words just came and fit perfectly with the music that had been sitting around all that time.

What’s your preferred process for recording; different musicians in the studio at different times to cut tracks, or getting them all together in the same room at the same time to work as together as an ensemble?

I seem to be most comfortable working one on one with the different musicians in the studio. Then I can make sure and get what I want from them while allowing them to shine in their own special talents. I’m a pretty easy producer and collaborator. But I’ve been very lucky in the people I have worked with.

Is there an Alpha Cat web site, or social media sites that our readers can go to check in on what you’re doing?

My website is in the process of being updated. So, the best place to keep up is the Facebook page (https://www.facebook.com/alphacatband), while there are music and a bio up on Reverbnation, music on Soundcloud, and a couple of videos on Youtube (https://youtu.be/Fyq_FghdFaU), with more to come. And of course, the obligatory Twitter (https://twitter.com/AlphaCatBand) and Instagram (https://www.instagram.com/alphacatband).