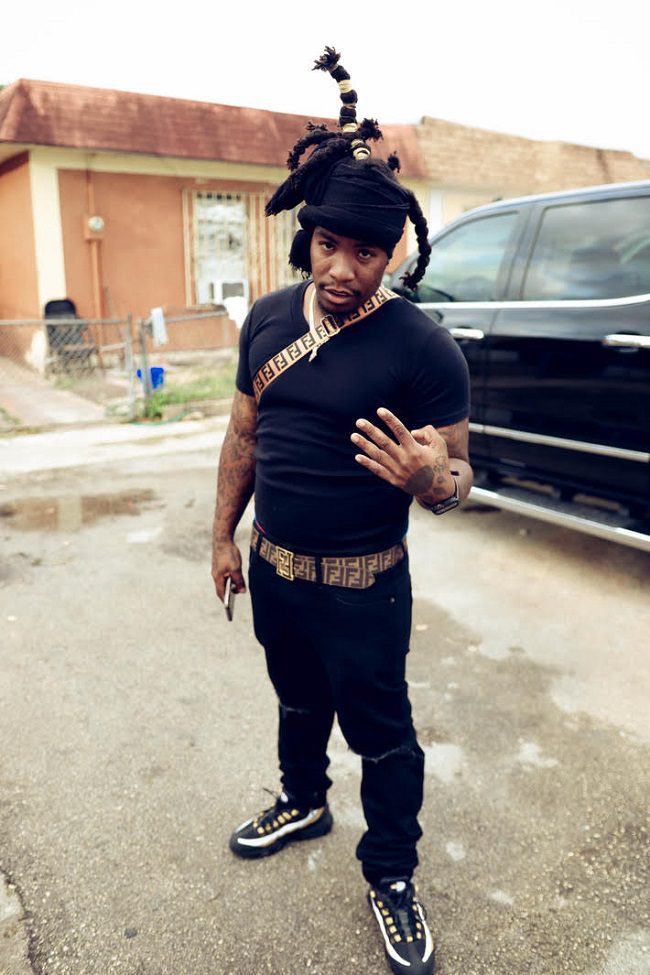 Jai Beezy has broken through the scene with his new mixtape titled T.G.T.N (There Goes the Neighborhood). The Miami Florida native has a unique sound that gravitates toward the gritty realities of the streets that raised him. Jai Beezy “T.G.T.N” contains 15 new tracks with features from upcoming artist Melody, Yopp & Fokiss. Jai Beezy goes solo on the single “Leeches” which the title clearly speaks for itself over a banging energetic trap beat. Jai is no stranger to showing his talent on this new mixtape.

Beezy’s lyrical style with gritty punchlines is the definition of real Hip Hop talent. Jai Beezy is the new wave and hints at the facts that the artist has to think outside of the box. Jai states as well that music is an art and that he’s also willing to try new things regardless of what’s on the radio but also staying true to himself. Jai Beezy has 5 Spotify top picks for this album titled “Leeches, Right For Me, Fake Love, ZIP & I’m A Savage. These all have a very versatile sound and are truthful with a realness to the message. If you haven’t heard T.G.T.N (There Goes the Neighborhood), then this is one project you need to definitely take a listen to, but before that let’s rewind.

Johnathan Jean, or artistically known as Jai Beezy, is an emerging hip-hop artist originating from Miami, Florida. The Haitian American artist grew in a troubled household that affected his development in later years. With little guidance, Jonathan still had dreams and goals he wanted to accomplish. Growing up, he played in little league football with dreams to make it to the NFL one day. With a season-ending injury, he had to cut the dream short. However, not all dreams died.

Starting at the age of twelve, music has been a passion for the rising artist. Music has served as an outlet for Jai Beezy to let out his emotions and stress. Moreover, his music highlights the life experiences Jonathan went through. His lyrical depth paired with his soothing voice delivers music that will grasp the listener. Today, Jonathan Jean is a father to two kids with a bright future. With determination, Jai Breezy seeks to inspire and serve as a role model for the young generations through his music and mentorship.

Miami is the mega-city for great talent with the likes of Rick Ross and more but Jai Beezy is well on his way to stardom.

Miami based Rising Star ZZZ talks about his sense of style, greatest challenges and more
Thekidszn is creating a buzz at the age of 16
Advertisement