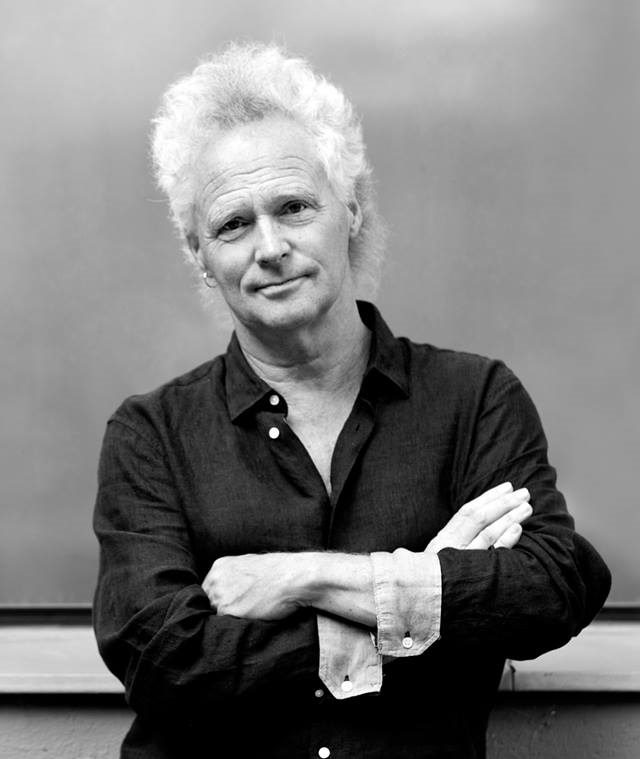 Odd-Arne Jacobsen was born on 29 December 1947. He stands today as a unique personal “voice” in European improvisation music, with his own distinctive tone language. Odd-Arne has worked with most of the leading artists in Norway in theatre and music and has also presented his art internationally.

He has had his own television programme in Russia, as well as a solo concert at the Moscow International Jazz Festival and has toured the USA, Mexico, Russia, France, China, Kuwait, Scotland, and Japan. In 1990 he undertook a solo concert of his own compositions in Carnegie Hall, New York.

In the early 1970s, Jacobsen toured with the saxophonist Jan Garbarek, bassist Arild Andersen, and the finish percussionist Edward Vesala. Odd-Arne soon discovered he didn’t want to be an ECM artist and decided to go his own ways. Projects and tours in Japan and China soon led him to expressions his music would be influenced by.

Odd-Arne Jacobsen is the first Norwegian guitar player ever to hold a solo concert in Weil Recital Hall at Carneige Hall, New York. He has also done his own TV shows both in Norwegian television (NRK) and in Russian TV with the show “Vinter nattens hemmeligheter”.

His success in Russia has also included a performance at Moscow international jazz festival as a guest solo artist with the Russian guitar legend Alexei Kuznetsovs quartet. Jacobsen is also one of the few Norwegians who has toured with alto saxophonist Arne Domnerus and the Swedish jazz guitarist Rune Gustafsson. He also played a Robert Normann memorial gig with Rune Gustafsson in Sarpsborg, Norway.

Odd-Arne has also had great success as a composer. In the recent years, he has written “Music for the silence minority” for guitar, string quartet, and bassoon. It was performed for the first time at an art-exhibition with works from Edvard Munch and Gustav Vigeland at the Munch Museum in Oslo. He also played the opening concert at Nordlysfestivalen in Tromsø, Norway in January 2007.

Together with the MIN Ensamble and Edvard Debess he performed his work “For strings Only” written for string quintet and guitar for the first time. Odd-Arne is currently working with music students from the University in Tromsø – the world northernmost university. Odd-Arne is also a supervisor for music students at Telemark University College.

Odd-Arne is currently working with the composition `Sempre Dowland “(always Dowland) on the occasion of the lutenist/composer John Downland’s 450 years anniversary in 2013. The instrumentation will be a String Quintet (two violins, a viola, a cello, and an upright bass) and a song octet (2 sopr, 2alto, 2 ten and 2 bass). The project has been possible thanks to the support of the Norwegian Composers Compensation Fund.

Odd-Arne Jacobsen has now started a project with the world famous guitarist Jan Akkerman from the legendary progrock band Focus. They play their first gig in Amsterdam 8 September 2016 and will also perform at Bodø Jazz Open in February 2017.

It must have been early in my life – perhaps already when I, as a 10-year-old, was in Tromsø, Norway singing in a boys’ choir. At the same time, I discovered my mother’s guitar – since then it has been a guitar for me. I started as a “professional” already as a 14-year-old. I combined school and playing in my uncle’s trio. (accordion-upright bass and guitar) We performed at restaurants and weddings.

When I had my first gig with my uncle Harald Hemmingsen’s trio, I was very nervous. In a pause, a guy came over to me saying, “You have a really nice vibrato tone on your guitar.” He probably didn’t understand that the vibrato came from the nervousness of a terrified 14-year old’s first decent appearance.

When did you discover your love for music craft and what made you realize you wanted to pursue a career in it?

It must be all the good musicians I have worked with as well as a great interest in the historical perspective that almost all music has. I know that musicians and composers who started music epocs and genres has worked hard to achieve what they believed in.

I learned early `The American Songbook ‘ With composers like Irving Berlin, Gorges Gershwin, Richard Rodgers, Jerome Kern, Victor Young, Alec Wilder, and Leonard Bernstein. Many of my students have inspired me – educational art is close to my heart. My family in particular. I must also mention my personal defeats – grief over those who are gone. To keep it short, life in general shapes my music.

My latest productions have been either solo projects as “While I Was Crossing The Bridge”. I used an 11-string alto guitar (Georg Bolin) a regular classic guitar (Georg Bolin) and my Gibson Byrdland as well as some electronics. The concept behind the album was to adapt the compositions to our time – as if they were improvised in the studio.

The productions “Alt eller ingenting” and Lullaby of Byrdland are also based on that idea. I play with a dear friend and family member Tore-Morten Andreassen who is the son of my cousin bassist Bjørn Adrian Andreassen (we played together in the 60s and 70s)

It’s all about capturing the moment, playing compositions we both know and make them ours – an important element here is the willingness to take genres and as far as possible avoid clichés.

What are some of your greatest challenges as an artist your craft, and what is your greatest attribute when it comes to your work ethic?

I have played a solo concert in Weill Recital Hall at Carnegie Hall in NYC my own material. I have played in my mother and father’s funeral. That does something about your perspectives and art. I also did a solo concert in Hiroshima in memory of the victims of the bomb that raged the city and so many people in 1945. That was very demanding and rewarding at the same time.

Well, I guess the answer is yes. There is only one Odd-Arne Jacobsen and I’ve been working and writing many years to become who I am. We are all unique and we all have different DNA and different ways to express ourselves. So, since there’s only one of me. Yes, I’m the best at what I do.

What impression would you like fans to be left with after experiencing your craft?

I hope people who have heard my music or experienced me “live” have experienced something beautiful, unpredictable, timeless, challenging and innovative.

Develop and improve my music, do concerts and record new music. We’re planning and booking gigs in Europe at the moment. Hopefully, we’ll be able to play in the states and Asia as well.

I’m grateful for the support I got from my parents, my dear wife Kari and my two children Alise and Jonas. Last but not least, my uncle Harald Hemmingsen who early gave me great confidence and Tore-Morten Andreassen. I really enjoy working with Tore-Morten.