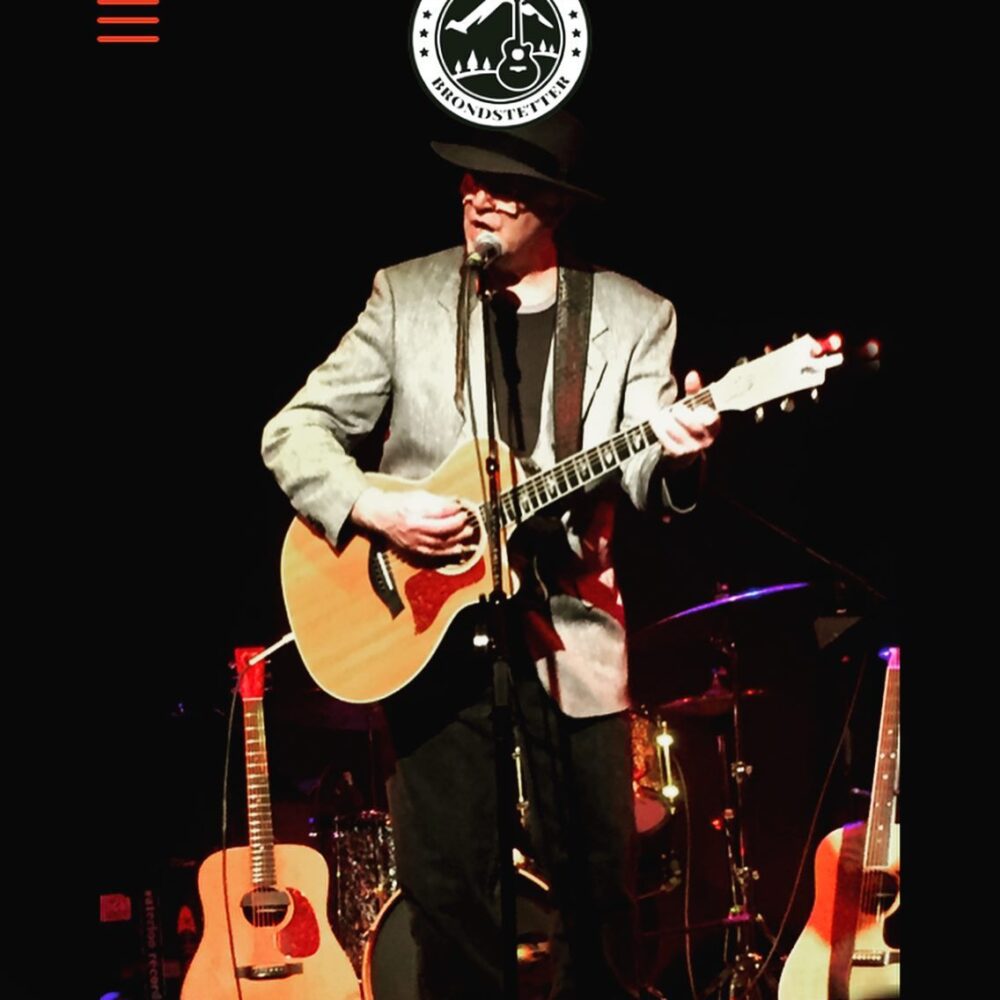 Michael’s sound blends elements of folk, pop, rock, and blues, along with hints of country-pop and reggae aromas into luscious sonic concoctions, at once mellow and vibrant. Notwithstanding the creamy lushness of his music, it’s Michael’s voice that sets his songs apart. Easy to listen to, slightly rasping yet silky smooth, there’s a distinctive, alluring quality to his vocals.

With more than one million streams on Spotify, appearances on morning television shows, and performances at The Mint, Genghis Cohen, The Bootleg, Bar 20, Pig N Whistle, and The Lost Knight, Michael’s affluent music draws listeners in, offering a range of emotional moods.

Muzique Magazine spoke with Michael Brondstetter to find out more about his writing process, his influences, and the Topanga Canyon Sound.

If you could date any other musician or celebrity, who would it be and why?

No one actually! But I would love to talk to John Mayer or Jason Isbell about songwriting.

A story I heard from a couple that met at a restaurant where he worked parking cars.

For as long as I can remember I wanted to play, sing. My father thought it a fool’s career, so I didn’t get started till my parents separated/divorced.

Just too numerous to name them all. Early on my parent’s big band/jazz. Later Rock & Roll, Folk, until the British invasion and Blues Revival along with the LA Laurel Canyon sound

Did your sound evolve naturally, or did you push it in a deliberate direction?

I think it’s a natural progression. Producers give their impression of how they hear the song going and I learned from that process.

Your sound has been called the ‘Laurel Canyon Sound.’ Please explain what that means.

The music produced there has often been labeled as folk or soft rock for its mellow sound, but the canyon was a melting pot, crossbreeding the genres of folk, psychedelia, pop, blues, country, and rock. Laurel Canyon bloomed with melodic, atmospheric, and politicized songs that defined the moment, made by artists who defined a generation. Now, decades later, the influence of these artists of the canyon is still being heard today in artists like Harry Styles, Lana Del Rey, Mumford and Sons, Haim, and more.

What inspires your writing? Do you draw inspiration from poems, music, TV, or other media?

That little voice and sound that’s in my head. I follow my inner voice. I think that all we see and hear is part of what inspires us.

It usually starts with music. Especially since that’s what gets people to check out a song. The lyrics are the last thing that gets added.

What can we expect from you within the next 6 months? Any releases planned? Future gigs?

I’ve a set at Bar 20 in West Hollywood on Saturday 21st of August at 7:45 pm. I’m in the process of recording a new bunch of songs which I hope to release at least one within the next few months.