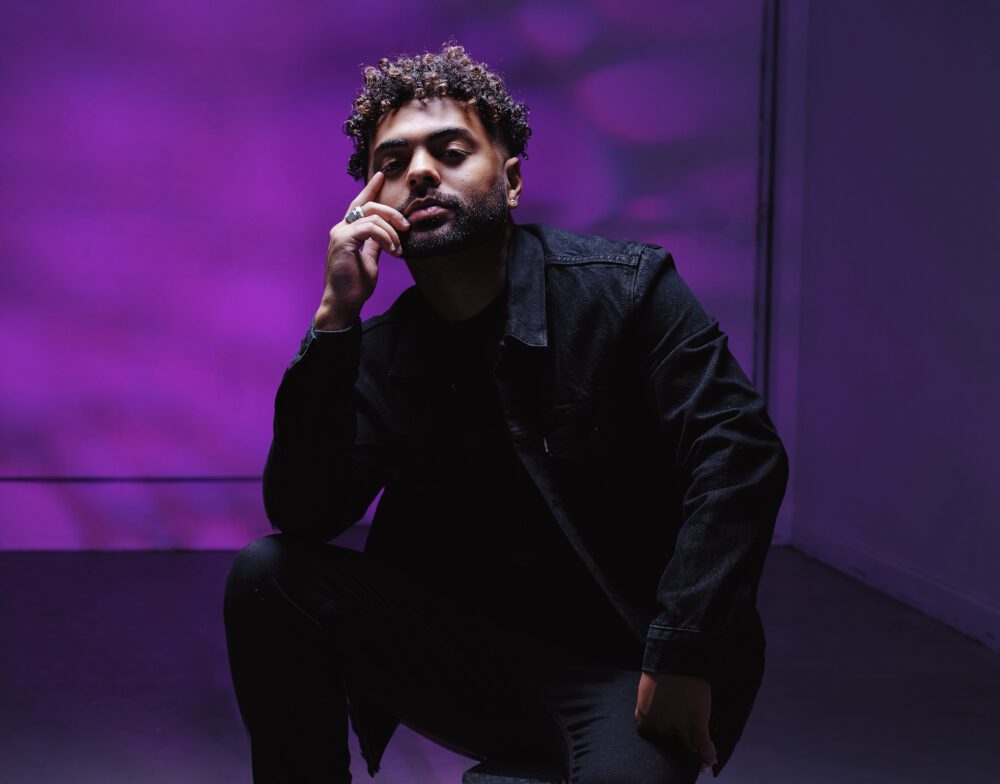 Florida rapper Brandon Kai recently dropped his first single, “On Me,” in almost a year. The track is from his forthcoming sophomore EP.

“On Me” is the result of last year’s pandemic lockdown, which Brandon refers to as “a creative hiatus.”

Brandon explains, “The past year helped me grow as an artist in ways that would not happen otherwise. The experience, lessons, and maturation are on full display in the music I’m creating now, with ‘On Me’ being one of the first.”

Only twenty-one years of age, Brandon exploded on the scene with the release of his debut EP, In The Making, followed by appearing on Vevo’s ‘Artists To Watch’ playlist, while at the same time partnering with sync music publisher Audiio.

Impressed, Muzique Magazine spoke with Brandon to find out more about how he got started in the game, his writing process, and probe for information about his impending EP.

First thing I can’t live without would have to be my laptop, I’ve had it ever since I started making music in 2014 so it has a lot of history and files of all the music I’ve ever made. Sometimes I go back and hear myself from years ago just to remind myself how far I’ve come.

The second thing would have to be my phone since it’s pretty much used for content making, social media to keep in touch with fans, also to speak with loved ones, friends, and my team that I work with.

Last but not least, I would have to say my headphones as the third option. I use them to mix music and just listen to the details of any record I’m making. Plus, it’s perfect to just spend some time out of the day and get lost in music and tune the world out for a few.

What inspired your new single “On Me?”

At the time that I was creating my record “On Me,” I had my mindset focused on creating a project which is why I believe the track has such a great intro feel to it. I knew that I wanted to push out singles to gain momentum. But I really wanted to experiment with different sounds. I produced the whole beat myself and gave it to a friend of mine who also co-produced it. He gave it more of a synthetic vibe, which created an outro that never existed before handing it over to him. My mood and energy at the time definitely inspired it. I wanted something confident and punchy. With gritty drums and 808s to give it a badass feeling.

You have a new EP coming soon. What can you share about it?

I won’t say too much on the EP I’m working on, but I’m definitely giving myself time to explore with different flows and styles of production. I believe the small details in this project will make it stand out. Collaborations with producers and songwriters are definitely a must. My goal is to express myself through music in a way that ties in with my brand, called ‘After Mdnt’ (After Midnight), where it gives off a thrill-seeking experience for the fans and new listeners

I started music at the age of 14. What made me take it seriously and actually believe that I can turn this into a career is when I had the chance to be a part of a program called ‘The Grammy Museum’s Music Revolution Project.’ I got to spend the whole summer of 2014 working with other talented artists in Tampa. I was the only rapper on the project which gave me a lot of exposure. After recording for the first time and hearing myself on a record, I just knew that this was for me. Even at a young age, living in New York, I was surrounded by tons of music especially since my mom worked for Sony Music Entertainment. My mother always shared the entertainment side of the industry which I fell in love with at an early age.

I keep my sound fresh by working with other musicians. I feel like that’s the only way to improve your sound. If you keep yourself in a box with no one to give you advice and enhance the sound you’re going for then you will always fall short of your expectations. I believe that’s what makes music so impactful and unique.

The list can go on for days on all the artists that have influenced me. Michael Jackson opened my eyes when it came to entertainment and great songwriting. Kanye West inspired me to become a producer. J. Cole made me appreciate storytelling. A$AP Rocky due to Hip-Hop fashion, and Travis Scott due to his energy and excitement that he gives to fans especially through the rage type of music. I feel like all these artists have inspired me in a way that keeps my music diverse as possible. There are so many artists I didn’t mention but hopefully, I get the chance to thank them one day.

At this moment, I believe Jack Harlow is making his way to the top, Travis Scott with the new album he’s been teasing, Lil Baby who’s been pretty much unstoppable the past couple of years. I also believe T-Pain is gonna have a major comeback soon. The Weeknd has been holding it on the billboards for so long, and Justin Bieber dominated so well on his previous album.

What is your writing process?

My writing process usually starts off with me producing an eight-bar loop and me coming up with the best lines that best suits the song and the emotion that it gives off. I like to be alone and lock myself in a room so it can allow me to be my true self especially when I’m writing something personal or sentimental.

After the record is completed, I take it through post-production which is when I send it to my engineer who is also a phenomenal producer. He basically touches up on the track and polishes it with little things to make the listening experience more enjoyable. It usually takes about a week or so for a record to be done. Sometimes even longer depending on what I’m aiming for. I like to show my friends and music critics to get their opinions before coming up with a release date or idea on what the track should be used for.

I create music to escape and to help others do so as well. I think music is such a dope way to connect with the world. Many people are going through what you’re expressing and my favorite part about it is that each listener will take something different from a song. Music is a universal language and the fact that I have listeners in over 90 countries just blows my mind away. It really brings people from all different backgrounds together and that’s why I make music.

Continue Reading
You may also like...
Related Topics:Brandon Kai, Hip-Hop, interview, New Music, On Me