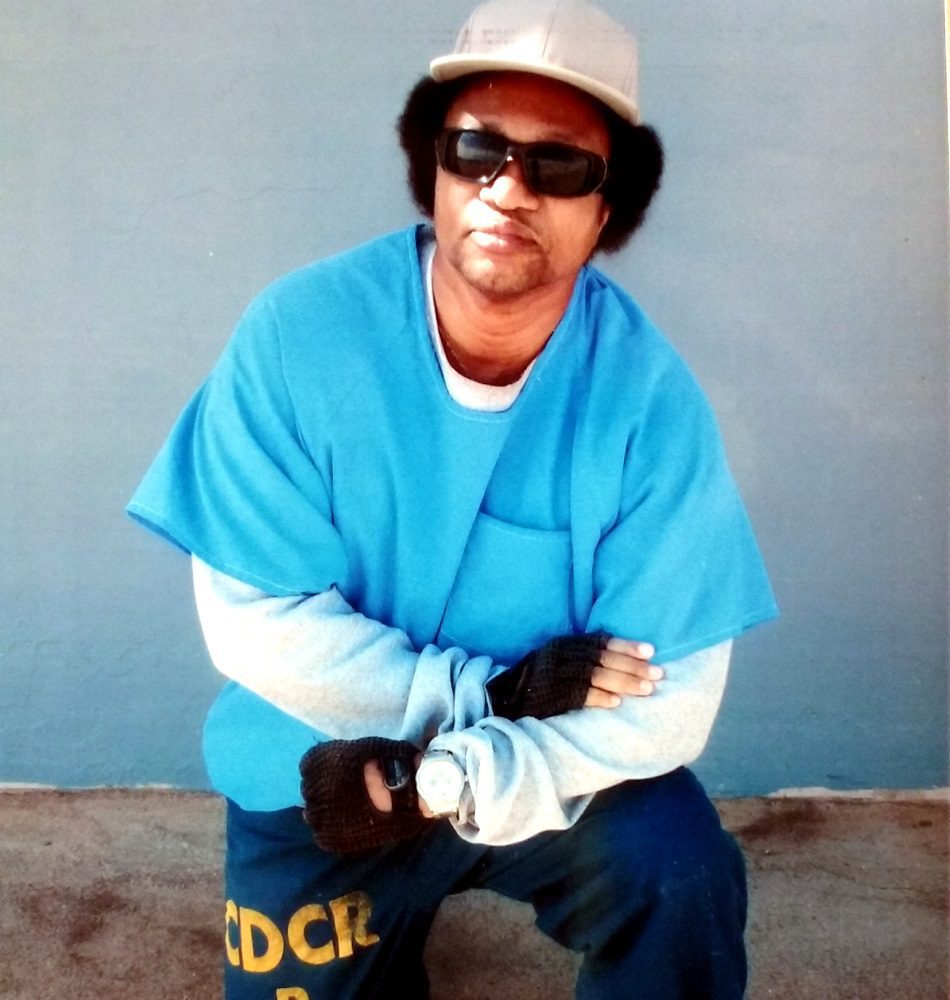 This December 13th marks the 55th birth year of American prisoner artist Donald “C-Note” Hooker. Muzique Magazine is a part of a publishing Consortium who are highlighting his voice during the first 13 days of December.

C-Note has always maintained his ear to the ground as far as the Arts and culture,  especially hip hop culture.

“That’s not necessarily true. You can’t keep your ears to the ground locked up. In the 80s in the LA County Jail’s Crip Module, the White deputies played Country and Western all day. Since all the prisons are damn-near in the boondocks, your only radio stations are Country and Western. You begin to have an appreciation for Country and Western if you can’t afford CDs.”

In highlighting the King of Prison Hip-Hop, we wanted to focus our reader’s attention on his role as a critique of other people’s music.

C-Note: I love women. I think they have important things to say. I don’t write as a Critic, I write as an advocate, informing the public they need to hear what this person has to say. I’ve ghostwritten articles on teenage Australian rapper Nina Lee Kisses on her rap song Pink Pantha. If you love Biggie Smalls not as a drug dealer, but as a criminal assassin, and if you love Kylie Jenner, then you’ll love this song.

Do you remember the 2017 movie Atomic Blond starring Charlize Theron? Theron is a kick-ass actress, like her role in Kill Bill, well that’s Nina in Pink Pantha. Similarly, when I wrote for Muzique Magazine about Megan The Stallion’s Savage,  it too is a female empowerment song. It’s about a kick-ass female. I surmised due to Savage’s popularity amongst women, I happened to look into another popular song of empowerment by women and noticed Chaka Khan’s I’m Every Woman, not the hook, but the meat of the lyrics, was just as savage, as Stallion’s record. But they’ll have to read the article to find out more.

MM: Now what about Jermaine Dupri’s comment that all female rappers nowadays are only talking about stripping?

C-Note: I just felt like his viewpoint, it’s okay for women to make money with their body, Mr. Stip Club Patronizer, but the minute she starts making money with her mind, that’s a problem. Me, him, a gang of us, get our money from off the streets. We can’t say one form is more appropriate than the next when it is all inappropriate.

Team street culture doesn’t want their grandmothers to know what they’re out there doing, or their kids. Ice Cube said his kids couldn’t listen to his music growing up. Black culture produced the first Black president, and a whole host of successful Blacks, who are seen as wholesome and positive images for our culture and children to aspire to. But when a person is writing rap lyrics, albeit legal, that he or she dun domed 20-Ns on a street corner.

That’s not cool. That’s perpetrating genocide on our own people. But in spite of that, those of us who’ve chosen to get our grind on, or our eat on, off of Street culture and Street living, we should not be pointing the finger at the next person’s grimy way of earning a living, and that was my point.

To read the full articles Click the links below:

16-Year-Old Australian Rapper Expouses the Virtue of Being Armed with a L.V. Tool Kit | Street Thotz

FROM THE BRONX TO MELBOURNE, HIP HOP’S EVOLUTION INTO A PINK REVOLUTION | by Hoodoverhollywood | Medium