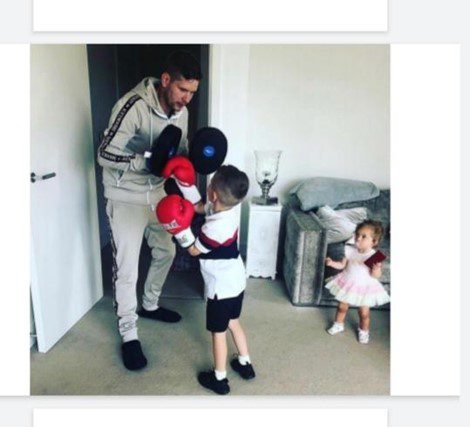 London based Singer Billy Warwick LDN says he feels lucky to have been in a position to still access his studio, even when all of his local community spots for recording were on lockdown.  He’s used this past season to leverage his platform and refine his artistry. Although it was unprecedented for many, Billy discovered multiple mediums to further his career.

Billy Warwick is an artist who doesn’t feel like he needs to achieve a specific goal to succeed.  But, on the other hand, he believes performers have a much more mature interpretation of what success means on a more profound level if they don’t define themselves but what they input.  It is not really about the destination: it is all about the journey. Billy Warwick is proud of his capacity to push music that he loves at this point in his career.  On top of a massive record collection, he has executed so much more than most other artists would even be able to desire or accomplish, and he still knows that his journey is only beginning.

Billy Warwick is committed to honing his craft in a factual matter; that way, he can promote a platform that’s honest and open toward his fans. He Humbly aims to keep maturing as an artist and human being, trekking the lane to success and musical eminence for as long as he can. It can be challenging to let go and be yourself as a creative artist, especially within a fast-paced industry, over-saturated with new trends every month. Billy Warwick sharpened and developed his craft after a few years of experience within the music scene of trendsetting.  Now, he can take his emotions and perspicuity and transform them into vibes that his fans love.

Billy Warwick knows it’s essential to create something you can be proud of.  For example, when Billy discovered his passion for singing, his fan base grew exponentially as people could feel his authenticity and fidelity to his craft. Unfortunately, the honesty that compels his song is very palpable.  As a result, it is pretty effortless for an audience to instantly perceive the openness and the depth that fuels the artist’s remarkably dynamic vision.

Billy Warwick looks forward to communicating stories and inspiring people, giving the world a diverse take on contemporary singing and DJ that is far removed from the usual stereotypes and cliches of the genre.