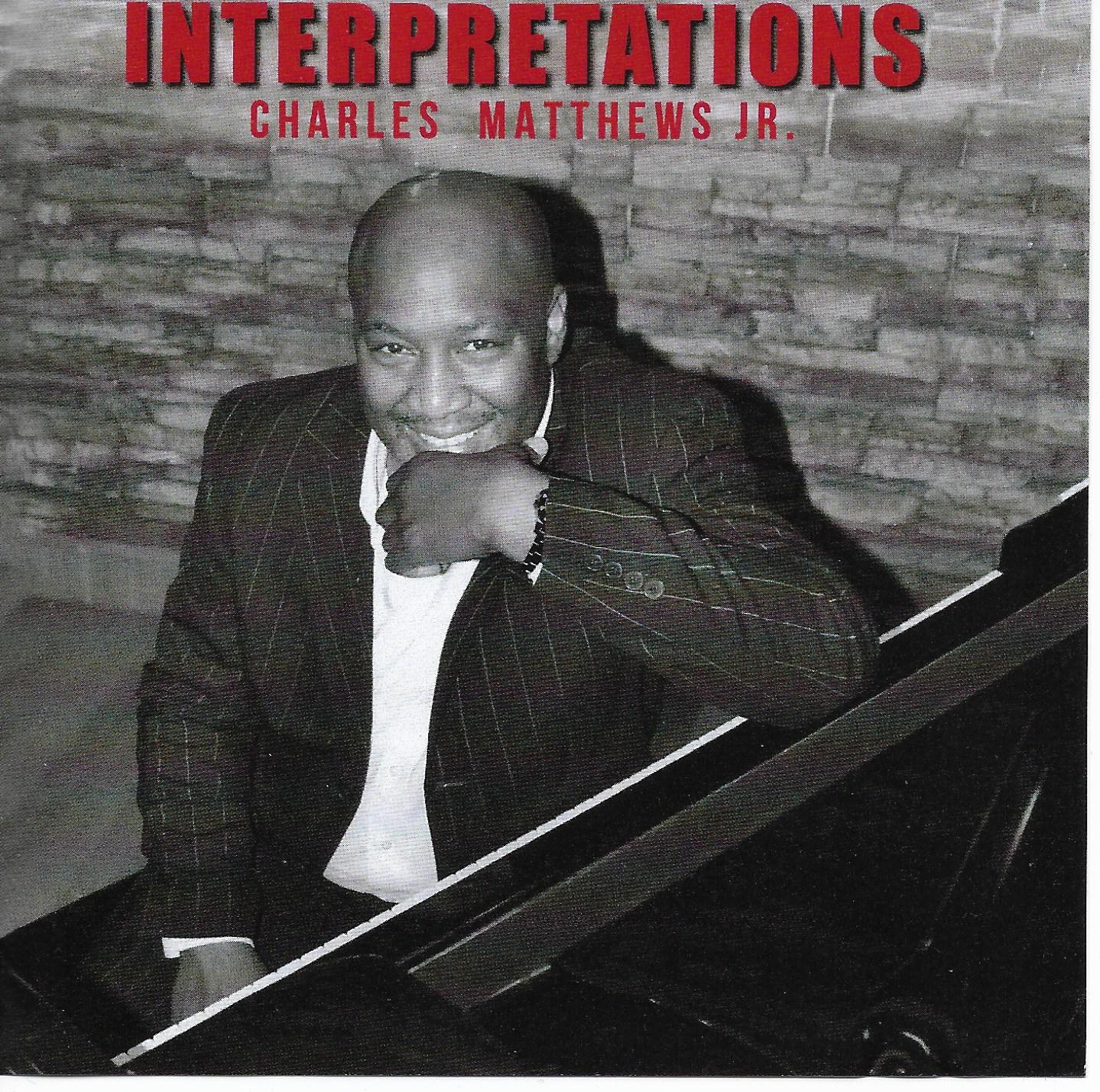 R&B and soul have been fighting back the tides of Hip Hop and Rap and are now starting to co-opt a lot of elements in those newer forms. The marriage of the samplers and the old funk and R&B/Jazz grooves have turned the tides of these once ethnic forms of music.

The various lines that have been drawn have seemed to clarify the musical convictions of the artists and players involved on both the positive and negative sides of the music generated. The fact that we are now seeing such solid musical releases from artists such as Charles Matthews Jr. shows what the friction between popular music and the constant mutation and barrage of Hip Hop/Rap is producing.

Matthews has some really interesting bona fides that show exactly why he is producing albums like this. Clearly from the old school method of R&B, he does what so many of the well-versed musicians of his time do. Play great music with his hands at skill level that is higher than the average Rap Bear. “Interpretations” is a great first album by a man who has the level of experience Charles has.

He has spent a lifetime backing the R&B soul legends such as the Chi-Lites, Tyrone Davis, The Impressions and others. This is evident in his playing and the song choices he makes. There is clearly a lot of creativity and love coming from the grooves of this recording. It sounds like he simply picked the songs and artists he drew inspiration from and did his best to give back what he had drawn from the music in his own life.

Note from the track listing of the album that he chose the cream of the crop of great R&B and soul titles. The king of the hill among these covers is the gem of “I Can’t Help It”. It is a great choice for no other reason it could be arguably Michael Jackson’s finest song when it comes to conveying true human spirit.

The vocal mannerisms and choices really do reveal the depth of that artists genius. It is probably not his most remembered song, but I have the sneaking suspicion it is in most real Michael Jackson fans Top 5 or 10 Songs the King of Pop ever did.

I tend to think of it as one of his greatest productions. It is fascinating but not surprising that Mr. Matthews would choose it to be one of the highlights of this record. The melody and moody instrumentation pays homage to the Jackson recording. It does not simply ape the arrangement. He lets the keyboards take over the vocal inflections that the Master did on the original recording from “Off The Wall”.

Still gets my vote as the best Michael Jackson album ever recorded. This recording is just one of several high-water marks from Matthew’s new album “Interpretations”. He does not shy away from getting into the arena with the heavy weights and I look forward to hearing more recordings like his take on “I Can’t Help It”.