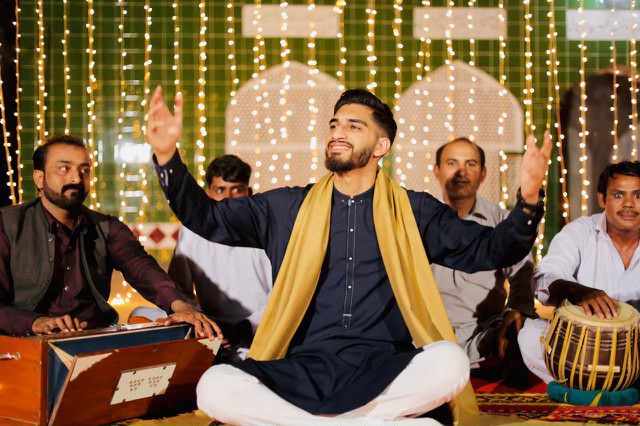 The kind of success and the amount of momentum a few industries have acquired have spellbound people all over the world. This success has been a result of the relentless drive and passion of a few individuals who believed in their visions and aspirations in life and, without fearing the challenges or competition they may face, kept moving on their path to reach their definition of success and sense of fulfillment. Many such professionals have come to the forefront, radiating their brilliance, especially in the music space, which consists of innumerable genres and styles. We couldn’t help but notice the swift rise of a youngster making his mark in the same by thriving in the Sufi culture as a Sufi singer and vocalist; he is Hamzah Khan from London.

Hamzah Khan stands as one of the rarest gems today in the music world and the one who created his success story all on his own. Having said that, his journey was as challenging as any other youngster striving to achieve success. He says that he faced hurdles on his path as a young talent in Sufi music, but his love for Islam, and his strong quest to spread his religion, among others, helped him be consistent in his efforts as a musical talent and led him to become the Sufi singer he always aspired to be.

He has now come forward to provide key tips and advice to other budding talents saying that it is essential for people to chase their dreams and, most importantly, believe in their dreams, no matter how difficult it might appear to achieve. Also, people must always follow their passion as that often leads them towards self-fulfillment and happiness. It is also essential to sometimes choose the difficult roads and accept challenges to come out of the comfort zone and become a more refined talent, he says.

Hamzah Khan stands unique in the industry because from where he comes from, very few people have chosen such careers. He also stands different for his humanitarian works carried on in the Middle East, Bangladesh Rohingya, Lebanon, Pakistan and the UK, and for his charities around the world.

He is determined to open an academy in the future to bring in new talent and create music that can reach new levels worldwide.

Hamzah Khan’s (@hamzahkhanofficial) songs can be heard on Spotify and other platforms.

French DJ Rayan is taking Lo-fi music to another level
I.G. Releases New Single “Do The Most”
Advertisement