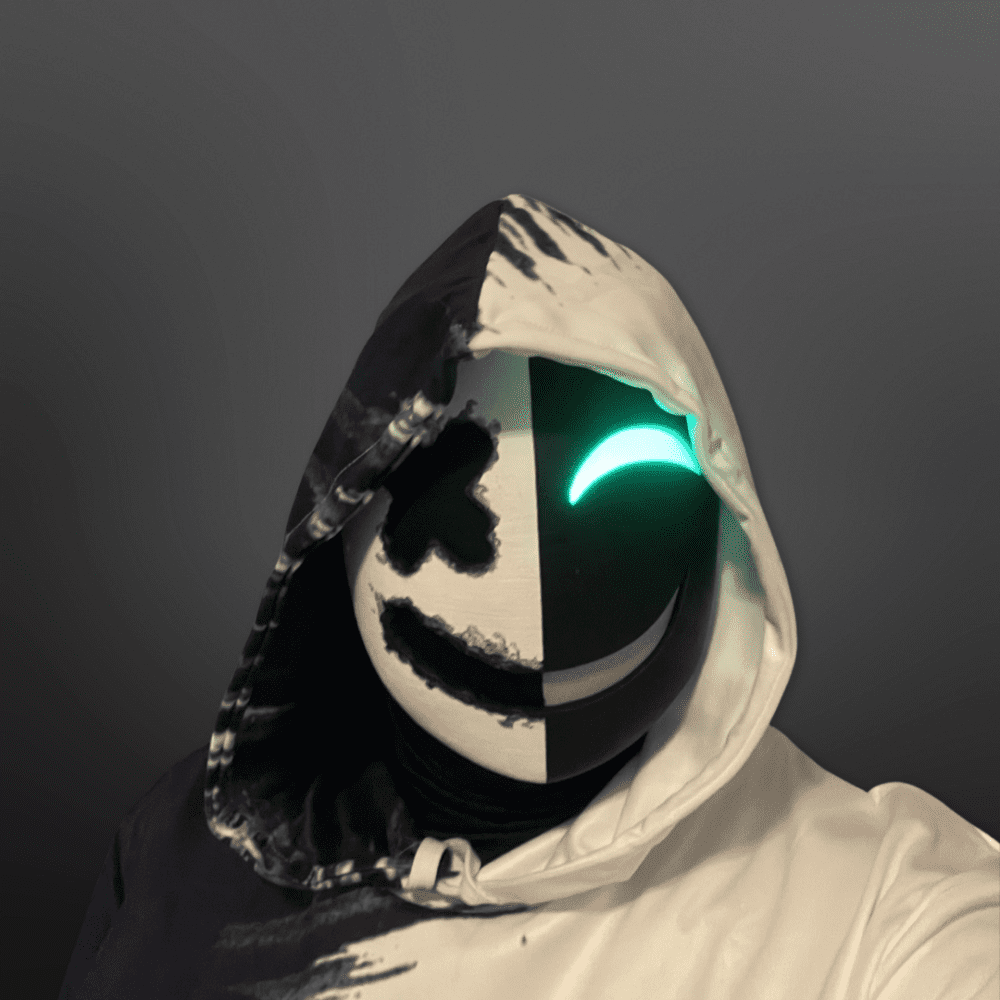 Ghostfallen signifies two central concepts, one singular, and one plural. “Ghost” being a representation of myself not being who I used to be. The old me has died and I am the ghost that remains. “Fallen” being the plural of people who are with me in letting go of their former selves to embrace the new. I am a ghost and we are the fallen. But, it comes down to I chose it because it sounded cool.

I was twelve or 13 when I started taking piano lessons and started songwriting. I knew performing was something I was interested in. I had my first performance when I was 15. It went terribly bad, but I knew after that moment that this is what I wanted to do.

I’m not sure I have a sense of style per se. Other than I like things that are just crazy and weird, like non-matching shoes, split-colored clothes, etc. I really just go with what I think is cool. My version of “cool” doesn’t line up with what’s actually cool I’m sure, but I just roll with it.

There are a lot of struggles and issues, and hopelessness going on in the world now. I’m sure a lot of us relate to people in those situations to some degree at least. Writing Find Me was really just about being there – in your own darkness, not knowing if there’s a way out. I hope it’s a way for people to realize that there is a way out, there is help – and it’s okay to ask for it.

I always feel like there aren’t enough hours in the day to accomplish what I’d like to get done. At the end of the day though, I imagine the issue isn’t with the clock, but rather my time management skills – or lack thereof.

My great work ethic attribute? I’d say probably just my ability to show up. There are a lot of days I don’t want to go into the studio and work, but I show up. That’s the first step. After I’ve accomplished that, it usually snowballs into getting work done.

Am I the best at being Ghostfallen? Yes, mostly because I’m the only one. But as far as the best at writing or producing or just being an artist? No way! There are so many great songwriters and artists out there that I can’t hold a candle to. Maybe one day.

I’ve got several songs currently in the pipeline. We’ll be promoting Find Me until the Christmas music season hits then take some time off to just write and record. Once 2023 rolls around, I plan to release more music starting in January.

I’d like to send a huge shoutout to everyone who’s been streaming Find me. It is greatly appreciated and I couldn’t do any of this without all of you! I have some other major thank you that have to remain anonymous – but they know who they are.

The easiest way would be on Instagram @ghostfallenmusic or on TikTok with the same handle.

The music industry is a hard ocean to cross, and there are a lot of boats out there. My best advice though is just to be your own boat. Don’t do something just because someone else is doing it, and don’t chase trends.

Otherwise, you’ll just be chasing for your whole career. Do what you want to do and blaze your path. To paraphrase a quote from Dwayne Johnson in the movie Fighting With My Family – Don’t worry about being the next Taylor Swift, Drake, Illenium, (insert other popular artists here), just be the first you.

The Charts Will Be a Game Changer For The Indie Music Industry
J GOMES Talks About Sense of Style, Current Projects, and More
Advertisement