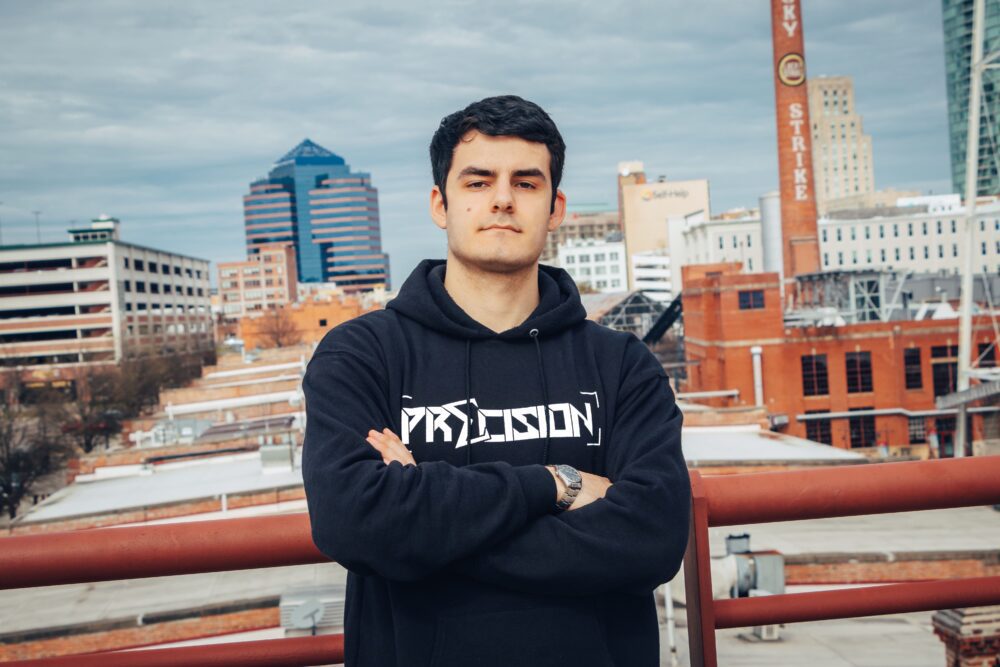 Hailing from Chapel Hill, North Carolina, Bryce Polascik (AKA Precision) always had musical skills and an ear for melody as a talented and multifaceted musician growing up. From a young age, he excelled on the keyboard as a star piano player. He took up classical piano at age three and became a national prodigy as he grew older, competing and winning national events for ten years in a row through his teens. He received national awards and attention for his work as a pianist over the decade and combined his musical knowledge from those experiences to create a unique sound in the form of his own music.

Precision combines his beautiful melodies with pitched up vocals, and heavy bass drops to create a sound that leaves an impact on every person who lends an ear. He leaves a mark on each listener, aiming to create memories for his listeners through the upbeat and intricate style of his track combinations. His EDM beats rock the house down and keep people on their toes. Precision’s music is not only for the dancefloor but is also perfect for cruising down the highway, just chilling on the couch, or cooking up a masterpiece in the kitchen.

Precision is currently an independent artist. With an astounding skill set, he does all his own musical production, mixing, and even mastering for each project and song. He collaborates to design his cover art. He’s been featured on national radio on Pitbull’s Sirius XM channel, giving him a fan base for national recognition as he continues to grow.

Precision is all over social media and Spotify, where you can check him out at this link. You don’t want to miss this future EDM star!