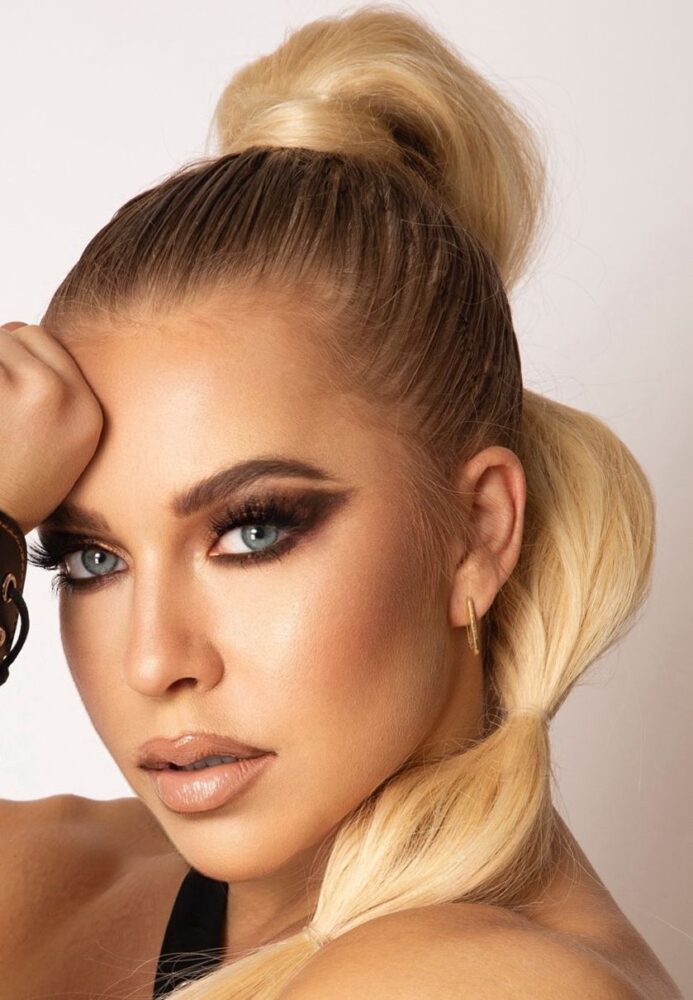 In keeping with Women’s History Month, Muzique Magazine offers a list of female artists to keep an eye on in 2021.

Compiling a catalog of emerging and/or likely to hit it big artists is pertinent for two reasons: one, female artists receive short shrift in the music industry, being perceived as less popular than their male counterparts and, two, female artists are writing, recording, producing, and releasing music at once alluring and innovative.

As expected, this list is subjective and does not reflect most of the current litanies set forth by other outlets, which are, for better or worse, influenced by the major labels.

Listed in no particular order, Muzique Magazine is keen on the following artists:

Originally from Canada, now based in Los Angeles, Maggie recently released a new single, “Sail Away,” which was self-produced.

Akin to Britney Spears, Maggie is not just a singer, she’s the complete package – a performer, who delivers stylish dance moves, astute lyricism, and a smoldering sensuous voice.

Siren and the Sea

Electro-pop singer-songwriter and producer Siren and the Sea, aka Cristina Cano, will release her full-length album, For Bathing, on May 7.

Although fairly new, Siren and the Sea’s listeners grew over 1500% on Spotify in the last month, accumulating 28,500 streams. She’s been featured in Bust Magazine, The Deli Mag, and Vortex Music Magazine, along with features on Fresh Selects ‘Tight Songs,’ CD Baby, Hypebot, and Marmoset Playlists.

Siren and the Sea’s latest single, “Secrets,” travels on lush pop-laced colors fused with tropical savors, while her dazzling, sumptuous voice infuses the lyrics with opulent tones and nuanced timbres.

Singer-songwriter Cheryl B. Engelhardt just released her brand-new single, “Unwind,” following “The Listening” and her 2020 LP, Luminary, which was named the “Best New Age Album of 2020” by New Age Music Guide. Luminary topped both Amazon’s and iTunes’ New Age charts.

As the violinists of the Dallas String Quartet (DSQ), Melissa and Eleanor deliver not only sweeping sonic beauty, but also electrifying flair.

Melissa studied violin in Chicago, playing in an elite violin ensemble, playing for Pope Benedict XVI in Rome and Prince William Lobkowicz in Prague. An accomplished and in-demand model, she’s appeared at many fashion shows and in print ads.

Originally from California, Eleanor Dunbar began studying music when she was three years old. Working with violinist Gail Gerding Mellert, she started performing up and down California, entering competitions and appeared as a soloist with the Hollywood Bowl Orchestra. By the time she was sixteen, she was enrolled at Southern Methodist University, where she took her B.A. in Music in Violin Performance.

Together, Melissa and Eleanor form the backbone of the Dallas String Quartet, which amalgamates classical and contemporary music and has performed all over the world, including home performances for Presidents Obama and Bush, as well as venues such as the House of Blues. DSQ has shared the stage with Chicago, Josh Groban, and the Trans-Siberian Orchestra.

As Sophia shares, “You should probably let them go, but now they’re all tangled up in your heart and mind. They are a part of your life, a part of you. The only way to get out of it without even more pain is simply if you had never met them at all.”

On the chorus of “Wish I Never Met You,” Sophia’s complex voice fills the lyrics with gorgeous textures and depth. It’s a grand voice – expressive and bewitching, flavored by visceral tonality.

Sikk Ivy told She Makes Music, “Writing music has always felt natural to me, I wrote my first songs right after I learned how to play guitar. I have always been drawn to 90’s rave and dark pop music. I want to create rave and dark pop with a modern touch. Sometimes it feels like today’s music sounds the same and I don’t wanna be in that box.”