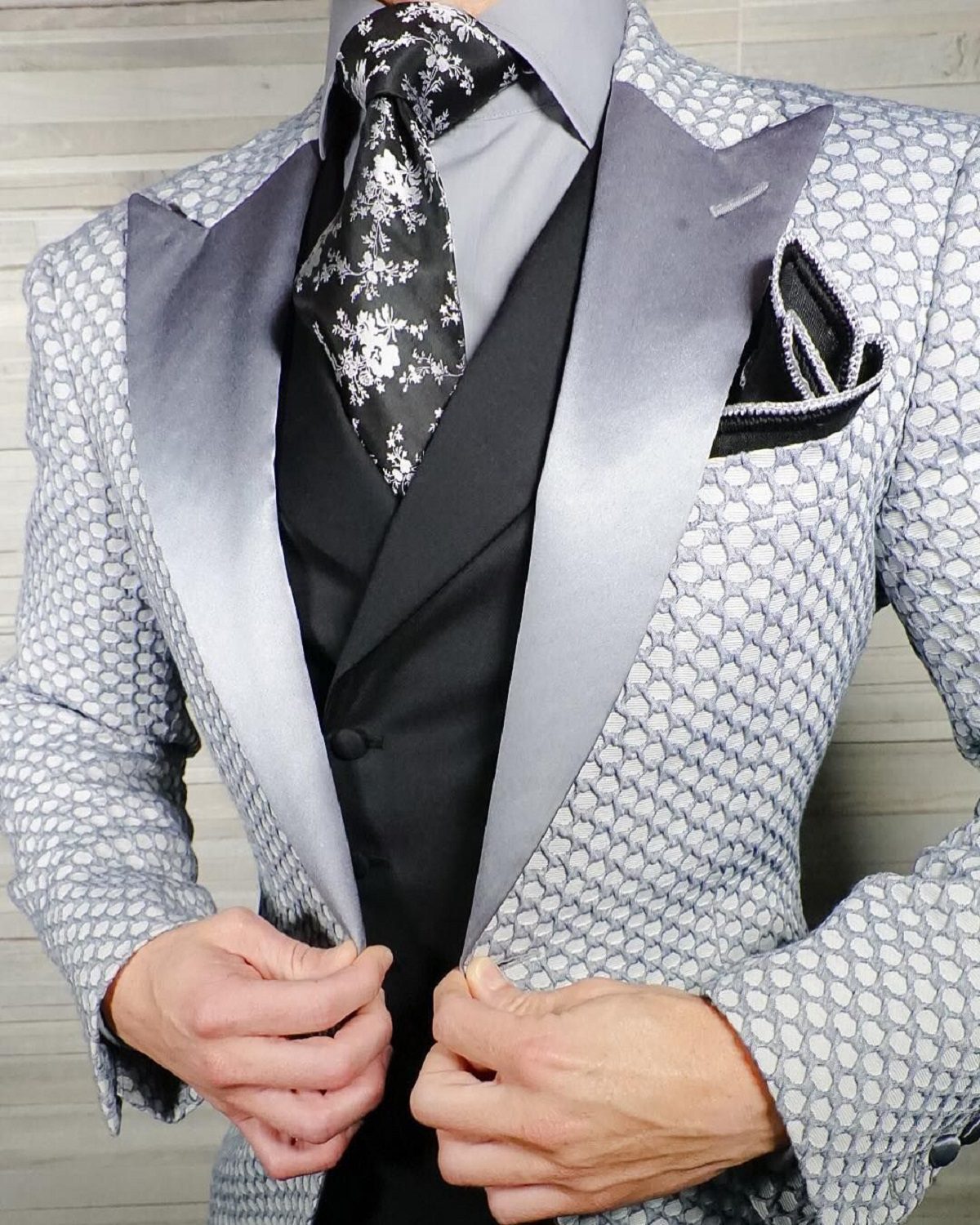 Specializing in its iconic pocket squares, jackets, shoes, and accessories, Sebastian Cruz Couture has been a leading player in the luxury fashion industry for almost a decade. The brand was founded by husband and wife Cesar and Natasha Cruz, who have learned a great deal about how to become a successful industry force over the years.

The first project the brand worked on was seven distinctive pocket square designs. These proved so successful that the team never needed to ask for outside investment and therefore remained fully in control of the business’ direction. The brand has received vast coverage across the media, particularly in the US and Europe, and has a fervent social media following. A key moment in the evolution of the brand was when a new machine was created to reduce production times for the pocket squares. These sought-after squares are noted for their crocheted borders and can now be produced in quantities of 25 every hour.

Many people have asked the couple why it is an online-only venture. There are many reasons for this according to Cesar, including the way that its audience generally prefers to purchase via the internet and the sizable costs attached to running physical stores. Cesar also says the demands of running brick-and-mortar stores would make his duties feel more like work as opposed to a source of joy. He says he prefers to focus on “digital real estate” to sell the company’s products and tell its story”.

Following the success of the pocket squares, Sebastian Cruz Couture expanded into other products and accessories ranging from jackets and belts to bow ties. All the products created by the company are handmade, which explains the “couture” part of the brand. The couple plan to call their future son, ‘Sebastian’. Sebastian Cruz Couture franchises were once in operation, but the team decided to abandon this venture after finding others weren’t able to meet expectations. Cesar says only those that worked for a substantial number of hours were able to make five-figure income each week. This experience caused the team to keep operations in-house.

The fashion industry is “one of the most difficult markets to penetrate” according to Cesar, who says that would-be entrepreneurs must have clear ideas on what they want to sell, who their audience are and how they want to sell their products if they are to achieve success. Although luxury brands tend to charge much more than other fashion enterprises, Cesar says these are the companies that enjoy more brand loyalty. According to Cesar, it’s possible to make a sizable sum as a low-cost brand initially, but it’s likely that new rivals will eventually draw audiences away from these brands and take their market share. This is why Cesar advises fashion brands to spend less time focussing on competitive pricing and place more effort into offering distinctive products that leave customers looking and feeling fantastic.

The importance of engagement

Cesar says many fashion brands fail because they fail to interact with their customers effectively. Today, consumers expect two-way relationships with the brands, which means social media comments and queries should always be replied to. He also says brands should closely examine what other companies are doing and learn from their mistakes. Cesar also advises fashion enterprises to re-invest sufficient revenue back into their services so they can expand into other products. One challenge the company did face was finding the right mill to work with, though quality long-term relationships were established following several trips to Italy. Mills tend to be very careful about who they wish to work with, which means companies need to prove they share their passion for quality.

Cesar also advises fashion brands to think carefully about how their products are presented and focus less on talking about how great they are. Emotional connections must be established before companies “even give you the product”, and brands must appeal to all five senses. He describes products as the “excuse you will create to build a relationship with the people that will buy from you. If you see it this way it’s nearly impossible to fail. Why? Because you can’t “fake the above.”

Know your business inside out

In Cesar’s opinion, companies that do require investment must know their enterprises inside out before they approach financial backers. “If you try to raise cash or sell without knowing your business you will give it away”. He says consumers are “traumatized” by the way so many brands don’t engage with them even after they have spent “thousands of dollars” on their products and services, which means it’s important to give them “the love they want” so relationships can prosper.

Retro aesthetics: the extraordinary 1930s
On the rise fashion brand, CIDENNA makes its way on to celebrities.
Advertisement