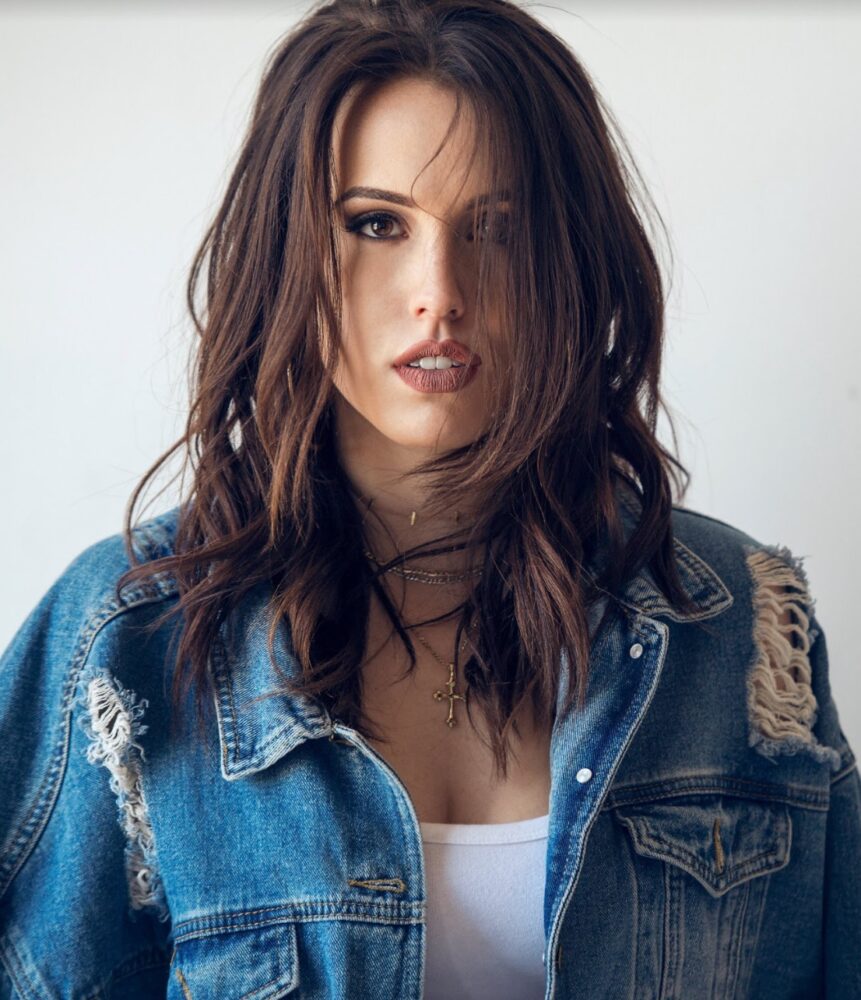 Pop-rock singer-songwriter and producer Natalie Joly released the brand-new single/music video for “Yours to Stay” not long ago, the third single from her forthcoming full-length LP.

A potent ballad, “Yours to Stay” narrates the delicate fragility of love – what might have been and what is.

Natalie, now 24 years old, began writing songs when she was 8. By the time she was 14, she was performing live. At 17, she released her self-produced CD, followed by an EP. In 2018, she released “Irresistible,” and then in 2019, “You Oughta Know.” Last year, Natalie dropped “Running Circles,” which she self-produced in its entirety, followed by “Will You Ever Stop” at the beginning of 2021.

Muzique Magazine sat down with Natalie Joly to learn more about the person behind the lush music, her creative process, her influences, and her forthcoming album.

I grew up in a musical family and had lots of instruments at my disposal as a kid. I was drawn to singing as soon as I could talk and as I got a little older my father and brother helped me get started learning guitar so I could start learning some songs. I began writing songs at 8 years old and started gigging out regularly at 14, and it all took off from there!

There are so many musicians that inspire me in different ways which is something I find so interesting when writing my own music. I’d say my first and biggest influence was The Beatles, but I also grew up to be very influenced by other artists like Aerosmith, Tom Petty, Taylor Swift, and many more.

Did you grow up on rock n roll? How did your tastes evolve?

I definitely grew up on rock n roll! I grew up in a household that loved rock music and I started going to concerts with my family at a very young age which had me hooked. The first concert I ever saw was The Rolling Stones and it was life-changing. As I got older, I definitely expanded my taste into other genres and got more familiar with current music, pop hits, and what was on the radio at the time. For me, it really doesn’t matter the genre, I just have certain things about songs that I’m attracted to and if a song has those elements, regardless of who or what it is, it will end up on my playlists.

You have a new album releasing soon. What can you share about it?

I’m going to be releasing my first full-length album which is something I’ve wanted to do for a long time. People who have been following me for a while are going to really hear a new, more mature sound in this collection of songs along the pop-rock spectrum. “Yours to Stay” is the third single from the album and I will be releasing another one soon!

How did “Yours to Stay” come about?

I wrote “Yours to Stay” a few years ago and when I came across it later, I completely fell in love with it all over again and knew I had to record it. It was originally written on an acoustic guitar, but I decided to try it on piano instead and that’s when the song really came to life.

What do you want people to take away from the music video?

I hope that when people watch the music video, they feel the emotion behind the story of the song. I think everyone can relate to being conflicted in romance, so I hope the video makes them feel less alone in those struggles and more understood.

What is your songwriting process? Lyrics first or melody?

I typically write songs on either a guitar or piano and I write the lyrics, melody, and chord structure all at once. I’ve always loved the relationship between all three of those elements and it feels best for me to have all of them come together at once.

Sort of a big question but how important is music in your life?

Well, music is my life. I don’t consider music to be my career or a hobby, it’s really just what I do and what I’ve always done. If I’m not writing music, I’m listening to music, learning new production ideas, seeing live shows, or watching documentaries on people who inspire me. I’m lucky enough to have started playing and writing at a very young age, so at this point in my life music just feels like part of my identity.

The pandemic has been devastating to many industries, and the music industry was among the hardest hit. Live shows have pretty much gone away but I’ve tried to remain as positive as I can throughout the last year and focus on making new music. When the lockdowns started, I made a vow to be productive and come out on the other end a better version of myself. I’ve focused on writing and exploring new creative ideas, working on my production skills, connecting with my fans, and just doing as much as I can from home. I’ve released 3 songs with music videos so far during the pandemic and there’s more to come!

In the last year, I’ve made lots of changes including assembling a team around me to really take my career to the next level, so my priority right now is just getting my music out into the world and getting ready for when everything opens back up again!