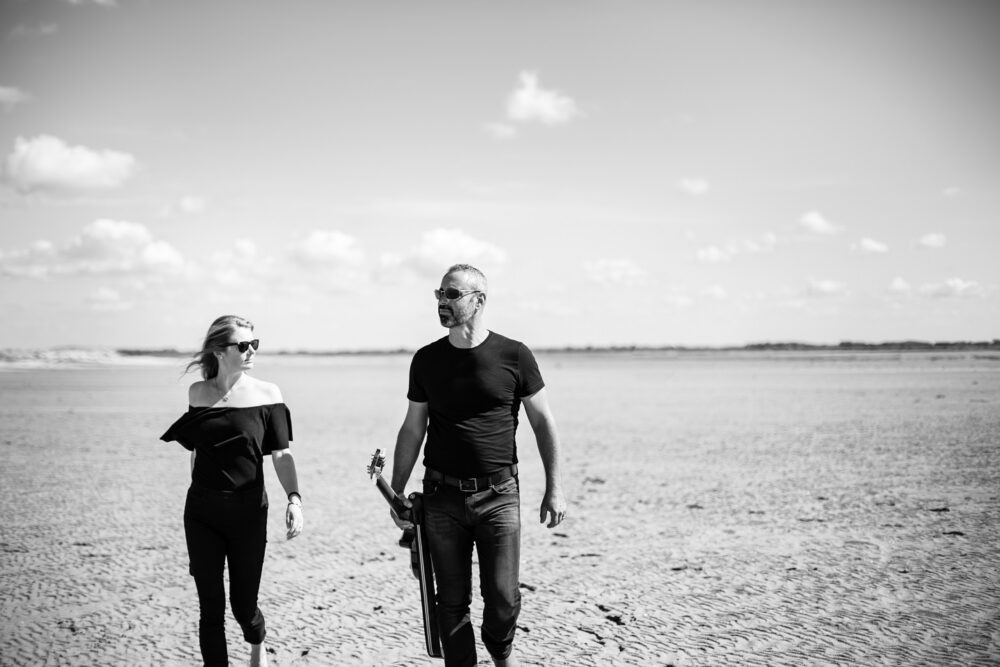 French Electro/Dance/Pop duo Qwertya has released a brand-new album called More Heaven built on a unique and accessible sound that mixes live instruments including keyboards, guitar, bass, and ukulele and live vocals with modern electronic sounds and stellar songwriting. Based in Berck sur Mer in the north of France, Qwertya members Tya and Phil composed, tracked and produced More Heaven in their exclusive private studio.

Tya sings and Phil handles everything else, with no other musicians appearing on these sessions. This gives the songs a personal style and vibe that is attracting much attention. The album title reflects the feeling Tya and Phil get when making music together, as well as representing the place we all want to get to in our lives. More Heaven is available on all major streaming platforms. The track order is:

No mere studio act, Qwertya frequently plays live, mixing its own music with select covers to put on a heavily dance music-oriented show. In-the-moment vocals and guitar float beautifully above the sequenced beats and give Qwertya the power to move any crowd in the world. The group is firmly on the path to indie greatness and likes to stay busy. As such, Qwertya has recently worked with photographer Amandine Vanhove, shot a professional music video released by Cinemaerien, and received radio play in the USA, Belgium, Netherlands, U.K., Spain, France, and Bulgaria. A new album is planned for 2019.

Through Injuries and Introspection Comes An “Angel”
Malia Interview
Advertisement