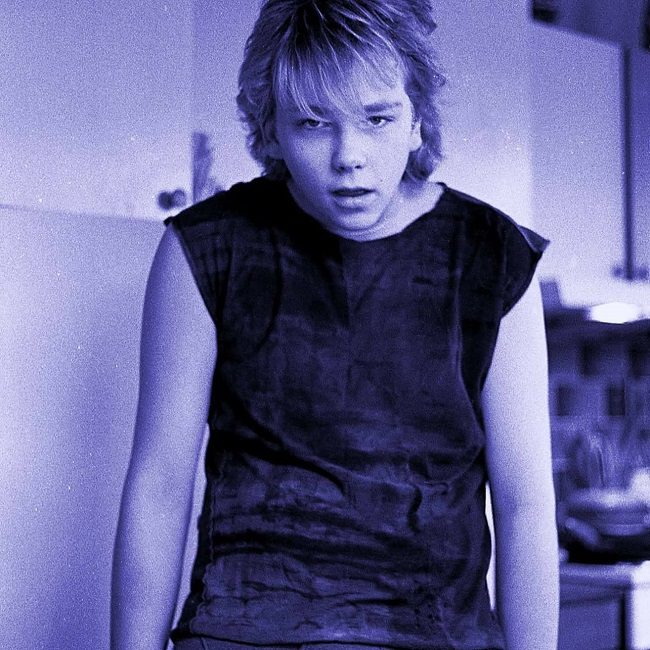 Well, my name is Þórður Helgi Þórðarson so I was pretty sure that it would not help me much. Doddi is the name I use on the radio so I thought it would work better. I used to be in a band called Mullet and I thought of using that name but when I released the first single I forgot that name so I’m stuck with Doddi.

I was pretty young when I started listening to music, I got some old vinyl player and some old records from my uncle so I listened much to Icelandic 70´s music, Supertramp Pink Floyd and things like that. I liked it but when I heard Depeche Mode for the first time I found my genre and when I heard New Order – Blue Monday I was hooked, music was the answer!

I have always loved a certain 80´s sound, not the 80´s altogether. I made a playlist for that sound on Spotify:

My real job is as a program manager at the national radio in Iceland, RUV. So my day job isn´t exactly my music but I have been releasing music for about 20 years. First, it was the Mullet and in 2004 I created a comical character called Love Guru where I only released music I don´t like.

Things like R n B and happy techno like the German band Scooter witch was funny. Then last year 2019 I wanted to retire as the Guru so I made two albums, “Dance you fool, Dance!” and ” “Keep on dancing… You fool!” a remix album. When I was working on these albums I decided to bring in some songs that I actually liked and there I found my voice as a real artist, no jokes to hide in.

So from there, I started doing my own real music as Doddi. At this moment I’m working on my first album and it´s due this fall. Some might say it´s the best album of the year and I won’t blame them.

The greatest challenge is that I am no musician, when I write music I make really rough demos and I then have to get some help. But I produce and arrange it my self. But since I work on the radio I listen to music almost 24/7 so I get new ideas every minute so my brain is full of great ideas that I can´t get out because I don´t know how to make them come alive.

I think I´m best at arranging music and bringing in all these tiny details that make a good song great. And my knowledge of music and styles is very helpful when it comes to making the songs.

I don´t have any plans for world domination or anything like that. The only thing I want is to find the right ears, people that listen to this kind of music, I know that I make fine music but this genre is not a big marked and I have no desire to change my style to find a bigger audience.

Well, I would like to thank my partners in crime these days: N3dek, Weekendson, Gísli, Una Stef, Karitas and Magna who have supported me from day one and of course my daughter Dusty Love.

Toronto based producer “Devious Dreams” talks about his craft, sense of style and more
Interview with Up and Coming artist “MAX”
Advertisement