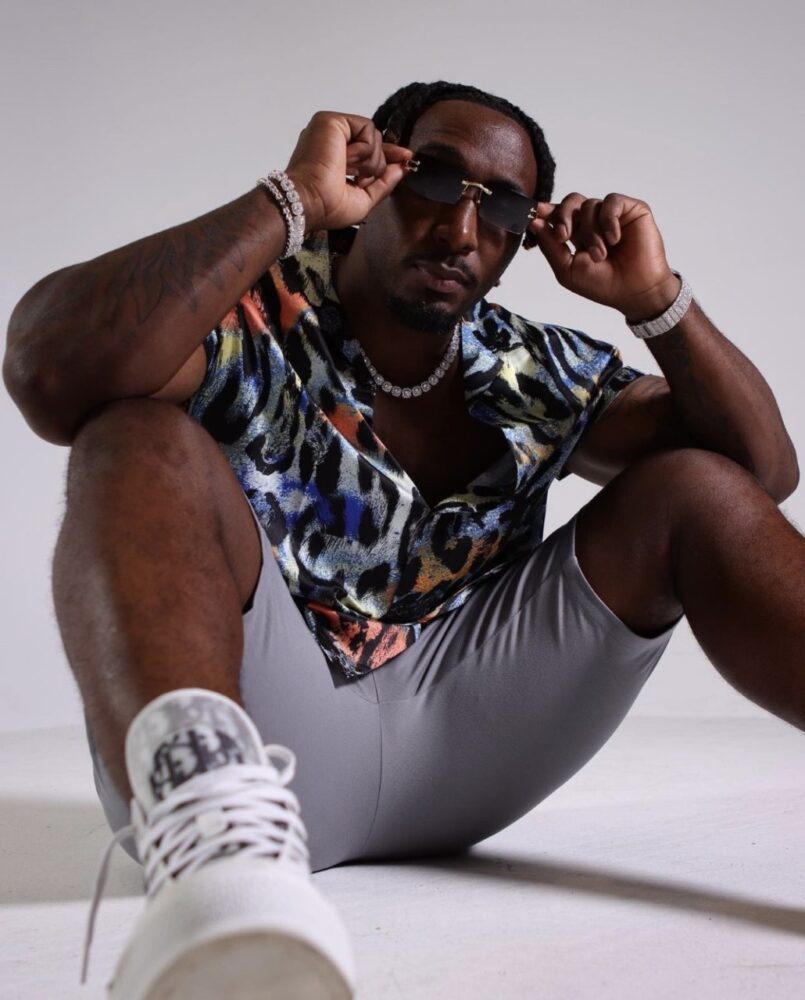 Demetri was born and raised in Michigan being the oldest of 10 children.  This is what taught him his drive, independence and leadership at a young age.  He had to take care of himself and his siblings while going to school and trying to pursue a football career. After the dream of playing football ended, a new aspiration had developed for music. Growing up Demetri was exposed to music through his mother, grandmother, uncle and father, who were all singers.  His father was in a rap group as well as an MC, both very well known in Detroit. Additionally, his uncles and mentor had given him vocal lessons at a very young age where he would practice what he was taught in the church choir.

Through Demetri’s natural leadership skills, he is able to run a cohesive working team. They function smoothly, all understanding their parts and how to work towards Demetri’s vision.  He, himself keeps a very structured life that focuses on the path to success. He grinds every day, working on new sounds and connecting to his listeners. Demetri keeps a strong connection with his spirituality and tries to incorporate this aspect of his life into his music. This helps connect his audience to him on a spiritual and physical level as well.   He is inspired most by musicians such as Fred Hammod, The Winans, J Moss, 112, and kc & jojo. His unique sound is a mixture of gospel and R&B.

Demetri has a new song coming out called “Ride” where he talks about the ups and downs of one’s relationship and understanding that they will ride with you through thick and thin. He is an independent artist who works with Bdub to engineer his truly unique sound.  Demetri is a star on the rise, his new sound will be a twist to the music industry while creating real connections with his audience along the way.

Combining Love of Life With Love For Words, Artist CityBoiGreg Delivers Something Fresh
‘Gettin’ Twisted’ By South Blast! Is Out Now And Available To Stream On All Major Streaming Platforms!
Advertisement