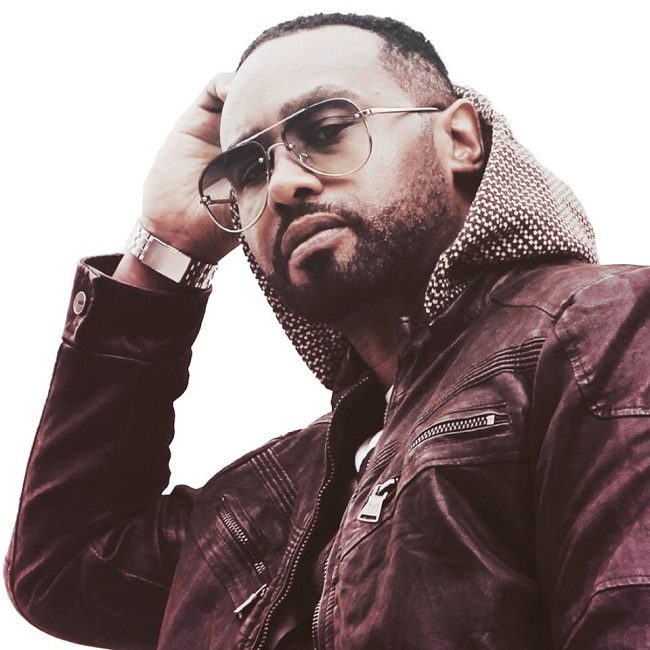 You may recognize Gio (aka Governor) from his days and affiliations with 50cent and T.I.’s Grand Hustle imprint. His discography includes three studio albums and he is a Billboard Charting singer/songwriter. His music has been heard on several movie soundtracks including Tyler Perry’s “Daddy’s Little Girls” and more recently the single “Favorite Pillow” was featured in the Movie DEUCES, starring Meagan Good & Larenz Tate.

50Cent once said that Washington was “extremely talented” and that “he is about to blow”. However, life had other plans, and a detour or two. Despite those obstacles, Gio is back and impacting R&B with his latest song “I Give You Me”, and, will be officially releasing “Favorite Pillow” and a full album later this year. We caught up with Gio to talk about his music, the industry, and life.

If you could write a headline about yourself what would it say and why?

He NEVER stops!  I’d like people to know that I’m the personification of determination! I have paid many dues, have given positive energy to my industry and yes, I’m talented and blessed with a gift but I worked on my gift. I’ve changed with the times but at the same time, I refuse to let the times change me!

You were seriously injured in a vehicle accident on the night of August 8, 2015. What happened and how has it changed you?

The accident catapulted me from the vehicle. I had a collapsed lung, broken ribs and internal injuries.  That accident assured me of one thing, I’m here for a reason! I was diagnosed with death on that night, I was NOT expected to make it. My entire family came in to basically say their goodbye’s.

Surviving the accident assured me that all I had gone thru previously was not for nothing, that, I’m a winner, and my turn is on the way!  I’ve learned in this life that no one knows it all, we all have our own beliefs! We make our own truth out of organized chaos! So, I choose to believe in ME and the power I was given to create my moment! The power is in the moment!

What is your personal BEST song you’ve recorded and why?

I never try to rate my songs because I believe there are enough people to like almost anything. I write and record for the people to listen, not for me to pat myself on the back. I’m damn good at what I do and I put my best into every song. I don’t care if I was recording the ABC’s, it would be the most soulful rendition you’ve ever heard! I think that’s a question only the people that enjoy my music could answer.

Which ingredient do you think makes you special and unique as a performing artist?

It’s all the pain that creates joy in my performances and my music as a whole! It’s an escape for me! My music is not a choreographed art or a bunch of cute catch phrases that play to an era based on what’s “hot” in society at the present moment. My music is an amalgamation of era’s, a mixture of the good and bad times in my life, it’s a fusion of classic and popular sounding music.

I find the recording process extremely fun! It’s a bit spiritual to me and mystical, I call it “magic!”  It’s like stepping into a world you have a map of but you still haven’t seen the land itself. It’s a world that allows you to try anything without fear of negative repercussions, there are no mistakes because everything can be erased!

The process of writing lyrics is the most frustrating sometimes simply because I’m a perfectionist! I want to make sure my point gets across correctly. Still, I love the process of production because I’m a trained musician and I love to see producers and musicians in their element, getting lost in the moment and the music!

Thoughts on the music industry as a whole vs independent?

I think that there was a time that music changed the entire world! I personally think that executives for monetary gain find more revenue created in dividing and conquering than unifying and empowering! Everyone wants the world to be a better place but what if you made more money in creating frequencies that did the exact opposite? People want THEIR world’s better, not the entire world!

As far as independent vs major there are so many rumors now and internet culture based on information that if you believe in God, you’d almost be scared to go major! All the “blood sacrifices” and rumors of death surrounding successful artist. All the chart-toppers going to jail almost weekly! I believe in competition but buffoonery and ignorance that will take away what I’ve worked for seem so contradictive and counterproductive, to me!

Yes, the internet makes it easier to reach the public but at the same time, you still need a decent budget to separate your music from the oversaturated nature of “anyone” being able to flood the market! Or, you can choose to perform butt naked in the rain or eat some bugs for lunch, anything for “shock value!” Pros and cons to everything! Seriously, should I be singing “Favorite Pillow” butt naked in the rain? Lol…Would it be certified platinum by now? LMAO…

What’s the best piece of advice you can give about navigating the music business?

My biggest piece of advice would be when doing business have people on YOUR team negotiating that you trust! Don’t ever think the people you’re doing business with won’t screw over you, they WILL! Especially, if you’re super talented, everyone wants to steal from you. They’d rather steal than share! Business doesn’t require MORALS, it requires ETHICS and that’s the slippery slope all of your money will slide down on the way to someone else’s bank account!

You’ve stated previously that you would like to work with the homeless, what motivates you to do this?

I’ve slept in my car before, had no place of my own. I grew up in a home that had loved as a child but my mother was murdered so I was without peace. I look forward to being old one day and I have seen people I care about at that stage of life. Those stages and the moments they create can swallow a person whole. You can wake up and not feel like yourself one day and not even know who you are anymore.

I see so many people get caught up in being blessed. They aren’t too concerned with being a BLESSING to others and that’s their choice but as for me, I believe my reason for going thru all of the hardship was not just for my own personal gain!  I WILL be successful, to the relative definition of what I’ve wanted from this life and be a blessing to someone else as well!