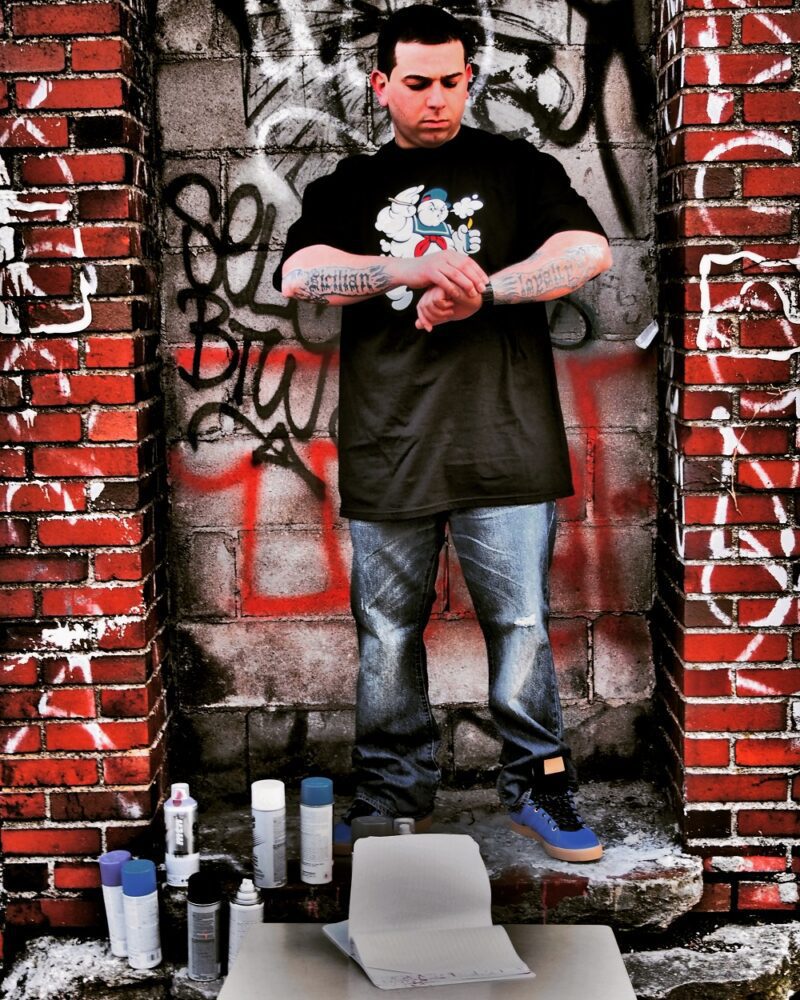 When I started rapping as a teen, I had a hard timing picking my name. I changed it almost every week. One night, a friend who I rapped with, spit a verse and said “Seb one with cold shoulders when he greets them” and I realized that’s my name. The rest is history.

I always was competitive growing up and always had a love for Hip Hop. I tried every element and rap was what I did best. Having a deep love for music and knowing my Dad was a singer in his youth, made it a natural lane for me. I haven’t stopped making music since.

I would say my surroundings growing up in Brooklyn. Also, my curiosity about history and the ancient world helps me put things into perspective. My mindset is to never think of them now. It’s more of me channeling my heritage through music to inspire the future if that makes sense.

Rather than using the same mafia image that plagues Italian culture and promotes greed and division, I switched it up and took the Roman approach. I’m trying to unite the youth of Italians worldwide to embrace our past history and preserve it for the future of our people. Who better than to choose Julius Caesar as a symbol.

I built the whole project around him. I chose little details like a 23-day promo before the album, which is the same amount of times he was stabbed to death. When picking a date, I decided to choose his birthday to honor him. It worked out perfectly. The day before the album dropped, Italy won the Euro Cup. That same day, I shot a video for the single “New Rome”. It was like he was shining down on me, especially the way it all worked out. When Italians stick together, we can be unstoppable.

My greatest challenge is time. I have a full-time career plus I am a husband, a father of 3, and a homeowner. Finding time to record and write is my biggest challenge but thanks to my old school Italian mentality, I’m not scared to work hard so I manage to get it all done.

I truly feel that I am. I have built a fan base and a name all by myself. I record write and executive produce all my work. All videos and artwork are design and planned by me.

To be honest, I have a lot more music to make and release. However, for the near future, it is to promote my new album and help build a NEW ROME.

I would like to thank Nicky Scarfo aka the Chopfather. He has been a Godsend as far as knowledge of the music industry. I mean this is the first project I’ve worked with him on and he got me this interview so that says a lot. I salute him and all my New Rome Music artists from all around the world. Follow us @new_rome_music on IG and find out more about us.

Just type my name in “Cold Sholda”. I have 18 videos on YouTube and I’m on all social media platforms.

Stop biting and be original.