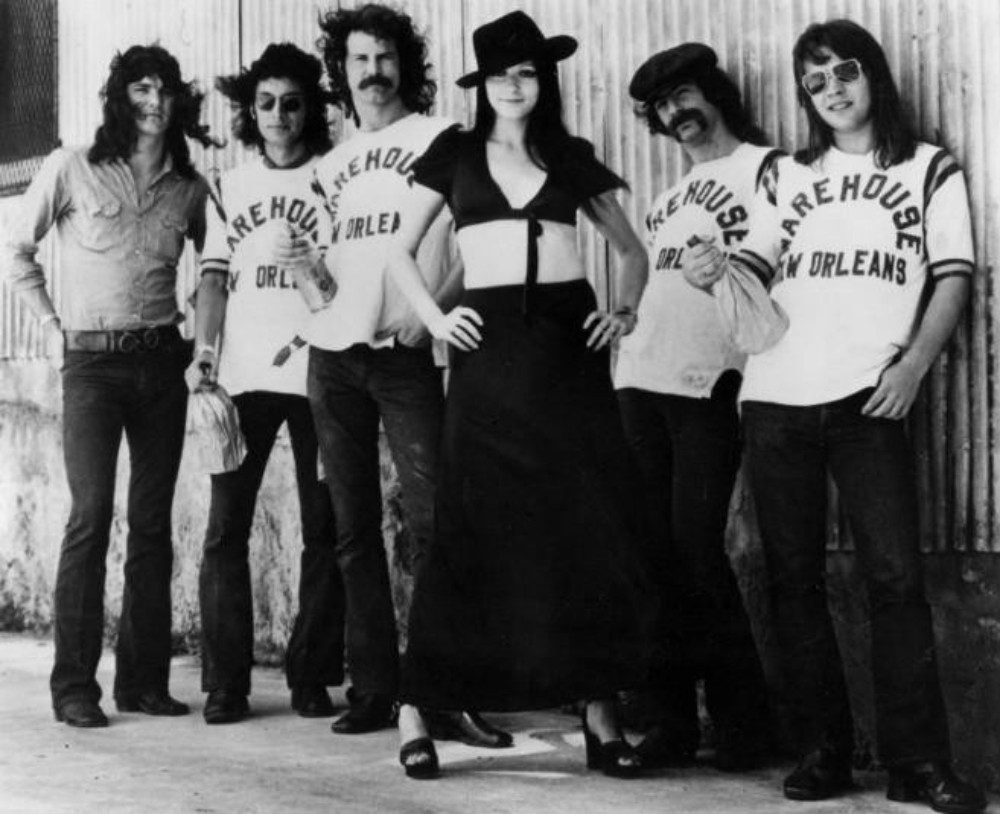 Way back in 1969, It’s A Beautiful Day released their self-titled debut album via Columbia Records, featuring the song “White Bird.”

It’s A Beautiful Day got together in 1967 and was made up of Pattie Santos (vocals), David LaFlamme (vocals, violin), Linda LaFlamme (keyboards), Hal Wagenet (guitar), Mitchell Holman (bass), and Val Fuentes (drums). Emerging from the San Francisco psychedelic scene along with bands like the Grateful Dead, Santana, and Jefferson Airplane, the band achieved only a modicum of commercial success.

Some observers attribute the group’s mediocrity to poor management. Whether this is true or not is pretty much moot now. Still, “White Bird” represents a delicious blend of prog rock, folk-rock, art-rock, European classical, and psychedelic elements particular to San Francisco during the late ‘60s.

Written in Seattle, where the band was living because their manager didn’t feel they were ready to perform in San Francisco, the song’s inspiration drew from Seattle’s dismal, wet weather, along with the wretched living conditions.

In an interview with Pacific Northwest Bands, David LaFlamme explained, “We were living in the attic of an old Victorian house in Seattle and performing at the Encore Ballroom. It was a typical Seattle winter day, rainy and drizzly, and we were looking out from the attic window over the street in front of this old house. It was on Capitol Hill, the old section of town across from Volunteer Park. There was a statue of some famous general right across the street in the park.

“The song describes the picture Linda and I saw as we looked out this little window in this attic. We had a little Wurlitzer portable piano sitting right in the well of this window, and I’d sit and work on songs. When you hear lines like, ‘the leaves blow across the long black road to the darkened sky and its rage,’ it’s describing what I was seeing out the window.

“Where the ‘white bird’ came from … We were like caged birds in that attic.  We had no money, no transportation, the weather was miserable. We were just barely getting by on a very small food allowance provided to us. It was quite an experience, but it was very creative in a way.”

The author of this piece, yours truly, first heard the song while riding ensconced in the back seat of Paul Opsahl’s green VW Bug. Paul was driving, while Jeff “Woody” Woodman rode shotgun. Confined in what passed for a back seat – half-reclining on his side and half-sitting – was the reviewer.

Paul had a kick-ass cassette player mounted in his dash with superb speakers located throughout the vehicle – surround sound before it existed. When the first sonic textures of “White Bird” emerged, riding the inchoate organ, it was so utterly different that it immediately captivated. The roll and swell of the melody, capped by the tight pop of the snare, gleamed with LaFlamme’s dazzling violin as the blend of male and female voices infused the lyrics with lustrous melancholy.

Without a doubt, the original version is definitive. Later versions, played faster, lack the structural finesse and fragrant scope.