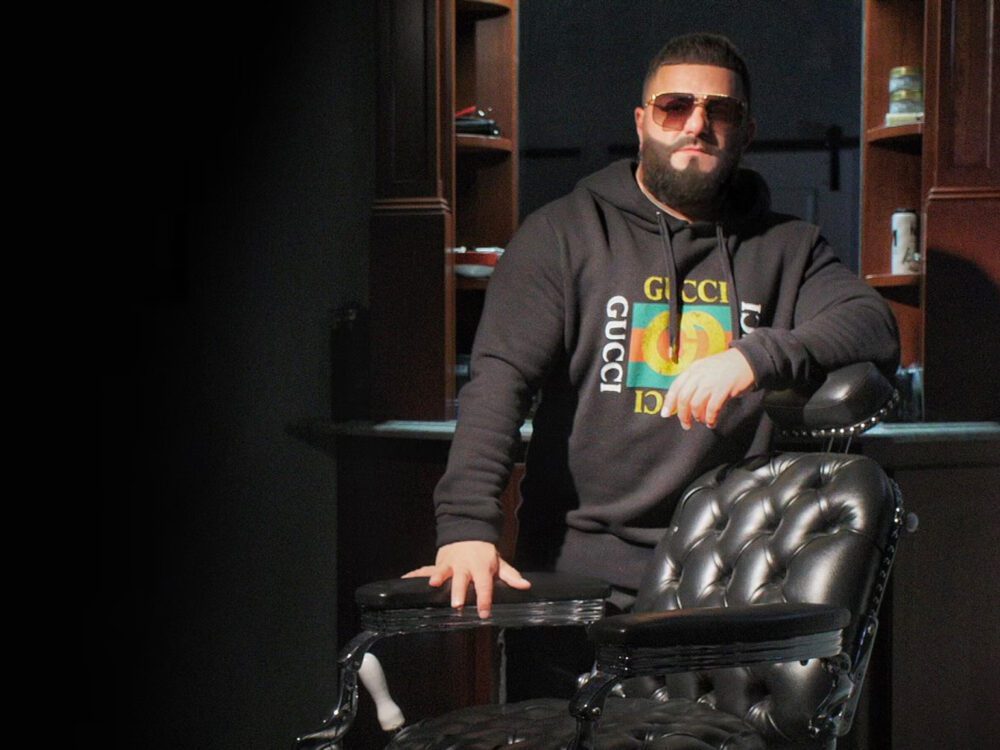 Jay Majors is bringing back the old school in a big, fresh way. This celebrity barber is credited with elevating modern barbering to a new height, and with sold-out events like the world’s biggest barbering expo, it’s no wonder he casts such a large shadow.

As a child, Jay loved to go by the local barbershop. Enjoying the atmosphere and the community, he spent much of his time there. He cleaned and helped out for the Italian barber that worked there, who took a shine to him and gave him an old set of clippers to practice with.

After a rough start in life, Jay fell in love with barbering as a young adult. After working hard to build a client list, he opened his own barbershop, Major League Barbershop.

This led to an opportunity to foster community and future business owners with the Major League Barber Academy. The 3,500-square-foot facility is state of the art and offers budding barbers several opportunities. Jay believes this shop can offer employment and the beginning of entrepreneurship and future businesses to barbers.

Over time, Jay chose to start the Connecticut Barber Expo in 2011. Growing it from a 650-person, one-sponsor event, the latest expo boasted over 10,000 participants and 300 exhibitors. The barber battles held in this expo are the stuff of legends, crowning new barber monarchs and leading to the beginning of fresh careers and empires.

Jay takes his view of barbers as a pillar of their community seriously. As the creative consultant for BaByliss PRO and the community director for Squire Technologies, he engages in outreach regularly, determined to give back everything barbering has brought to his life.

I had the opportunity to meet and sit down with Jay to better understand his journey and vision.

What led you to start barbering?

I remember as a youth, the barbershop was always a dope experience for me; The laughing, the joking, the clowning around, the people coming in and trying to sell mixtapes. I was heavily involved in hip-hop culture, breakdancing, etc., and haircuts were a big part of that.

And then I was going through some rough times in life and sometimes couldn’t even afford a haircut, so I had to cut my own, and that’s where the journey began.

Growing up, did you always have an entrepreneurial drive?

I guess a lot of entrepreneur dreams and goals are to retire early on a yacht or something of that nature, but without hard work and perseverance, it can’t be done.

What inspired you to create the Connecticut Barber Expo?

I started the Barber Expo as an accident. I was a nightclub promoter and was doing small concerts around the state of Connecticut. I decided to intertwine my passion for barbering and do it as a nightclub event. The second year, we got shut down by the fire marshal and had to find a new venue. The show has been doubling in size over the past ten years and is going to be the largest Barber event in the world..

Who are some of the celebrities you worked with?

I did event coordination for 50 Cent, G unit records, and I’ve done activations for Rick Ross’s beard line. In addition, I did the Bruno Mars tour, Black Eyed Peas, French Montana, and Farukko. I consider Fat Joe a personal friend and mentor to me for over 20 years.

What tips can you give inspiring barbers who are just starting out?

I believe the world of instant gratification, and having social media in the palm of newcomers’ hands, seems to misconstrue the actual nostalgia in the history of barbering.

Barbers are supposed to be staples in their communities and provide services. Instead, a lot of barbers want to get Instagram notoriety rather than notoriety in their own neighborhoods. So first, start off building a foundation behind the chair and using your money to invest in yourself to spread your word and knowledge worldwide.

A Barber and Entrepreneur

Jay Majors is a prime example of the kind of entrepreneur our society needs more of. As Jay himself says, “Allow your passion to become your purpose, and one day it will become your profession.”

Barbering as a profession has grown, but under the influence of icons like Jay, it’s harkening back to its roots as figures that lift the community up and give it purpose and direction. Jay is influencing an entire generation of barbers to be more inclusive and supportive of their community and each other through his community outreach, including his record-breaking expo.

Jay could apply his indomitable will and entrepreneurial spirit to barbering. By combining his natural skills with his drive, Jay has created the largest barbering expo that continues to grow from year to year.

His entrepreneurial empire has led him to be a barber to the stars and given him the means to shepherd other barbers in his wake. With a barbershop of his own and an academy he’s further using to reach out to the community, Jay Majors is showing the barber community how to use their skills to grow an empire effectively.

To learn more about Jay Majors follow him here