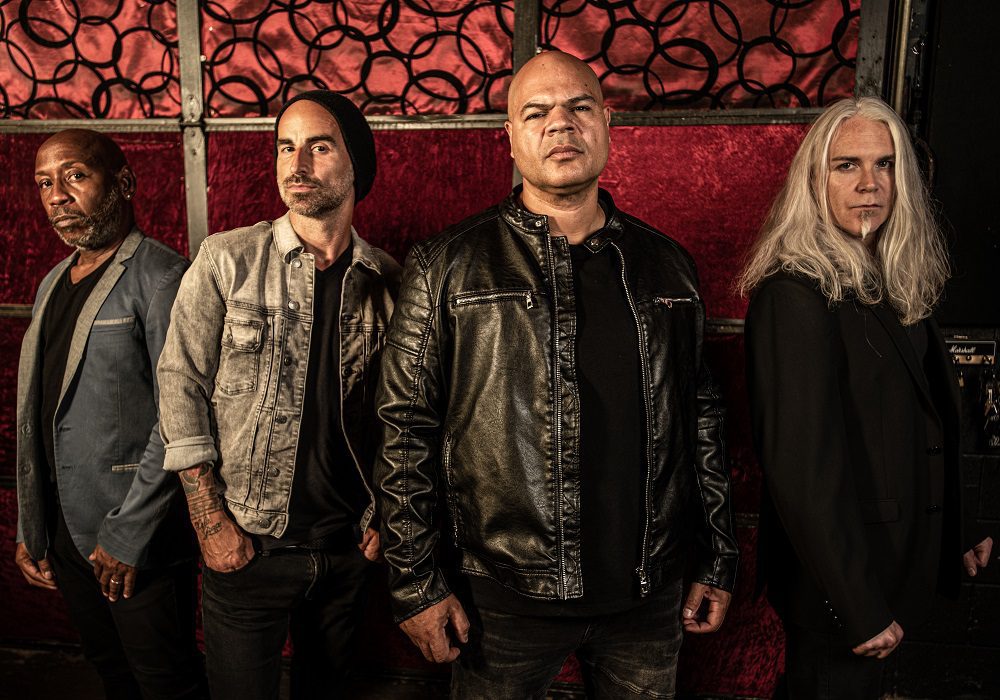 Musicality is the connective tissue binding and bridging Ra’s past to its present. It is also responsible for a sound so enigmatic it continues transcending time, resonating with a fan base that has yet to allow Ra to release its melodic grip on them. That grip is a culmination of years fraught with trials and triumphs and many lessons learned; however, perseverance and a passionate resolve pushed Ra far past its genesis to become a band still relevant in today’s ever-changing musical landscape.

Ra was conceptualized in 1996 under its first name “Cross Of Snow”. It was the vision of Sahaj Ticotin, who was born in NYC into an entertainment family in which his brother David would become highly regarded feature film assistant director, his sister Nancy would star on Broadway, TV, and film and his sister Rachel make her name as a well-known movie actress. Sahaj’s brother, Marcus, who created several entertainment properties, was one of the first to believe and invest in the band.

The band went through a few lineup changes before settling on Skoota Warner, Ben Carroll, and ultimately Pj Farley but those early years were spent chasing the identity of a sound they couldn’t quite catch. In 1998 the song Crazy Little Voices was chosen as the end title track for the movie “Carrie 2-The Rage”, becoming its first commercially-released track. By the end of 1998, the band recorded the demo for what would later become its most impactful introduction to the masses, Do You Call My Name.

Sahaj, tell us about when did you first discover your love for music?

When I was 5 I loved to sing with the songs in my house.

I made that choice in high school when I realized my singing skills were above average.

In 1996 I pledged to do music full time and nothing else after getting a couple of small record deals.

How did you start Ra?  Where did you find your bandmates, PJ Farley, Skoota Warner, and Ben Carroll?

I met Skoota in an audition I held in 1996, we’ve worked together ever since. I met Ben off of an online ad I placed in late 2001 and PJ was referred to me by a friend who knew I needed a bass player.

Tell us a little bit about your styles and to what do you credit your sense of style?

My favorite artists are The Police, U2, Prince, Metallica, Joe Satriani, and Peter Gabriel. If you take those and throw in a Lil Korn and Soundgarden you pretty much end up with Ra!

Would you say the styles of your bandmates are similar to yours?  How do they add to your sound and vision?

They all have very clear personalities when they play so it actually brings quite a bit to the sound. Especially Skoota, he is one of a kind.

I learned a long time ago that the determining factor to that question is passion. Wherever the passion is for your project is the place to be.

I’m very close to Waylon and have become close to Pepper. This is the perfect example of approaching things as a team and a family. I have more experience than your average artist so it’s good to be with people who are willing to listen to my experience.

You’ve seen a lot of changes in the industry over the years.  How do you feel about the present state of the music industry?

I think it’s amazing. You have to be great to really get noticed. That’s the way it should be. There’s less of the stranglehold that labels used to have on everything. They are way more aware of what is working on their own these days.

The Police and U2 are big ones.

Objectivity is the answer to both. Knowing what is contemporary as well as appropriate is a very thin tightrope.

What do you feel distinguishes you “an artist’” from a musician?

Mostly my aesthetic. I like so many things that the artist in me is always searching for a new element to use.

There’s been a lot of buzz on your coming release and album.  It’s been a while since you released anything.  Why is that?  And, why come back now?

Well, I fronted a project for Meytal Cohen and that made me want to perform again but as far as the timing… it’s the wild west right now. You can do anything. If people like it, age or even promo doesn’t factor into it initially so there’s a great opportunity.

Can you tell us about your current album?  The single Intercorrupted is slated for release on Friday, October 30, 2020.  How has that process been?

We are very proud of this record. It is absolutely a Ra record but it is also absolutely very new. I have spent the last 15 yrs producing and writing for a ton of bands and I think it shows on this record.

What motivated you to write Intercorrupted?  What is the song about?

The song is a commentary on the current state of division and tribalism. We would like to think that there’s a huge difference between ourselves and our enemies but the truth is that we are flawed and broken. We are all intercorrupted.

We have some surprises on the record…

Any dream team who would you want to work with on a project? And why?

I would kill to work with Sting.

Well, that I’m a dope singer…LOL… but that the music has palpable passion and emotion and that there’s a thread of goodness in it.

I’m obsessed with Formula 1 and video games… I also like to draw and design.

Time with my family and video games!

What projects do you have in the works and what are your plans for the near future?

I’m currently writing with Starset, Nothing More, Jason Hook, Lajon Witherspoon, and like 50 other things…

We hear you’ve been working on mixes for other artists on the Wake-Up! Music labels.  How has that been for you?

Well, that’s how this all came together.. working on A Killer’s Confession. There are a few new ones as well in the pipeline.

To retire rich with a body of work I’m proud of.

Learn how to write songs. Nothing else matters. Trust me.

Well of course I’d like to thank the Lovely Pepper Gomez for everything as well as Waylon and Julie Reavis for being such great people to work with.