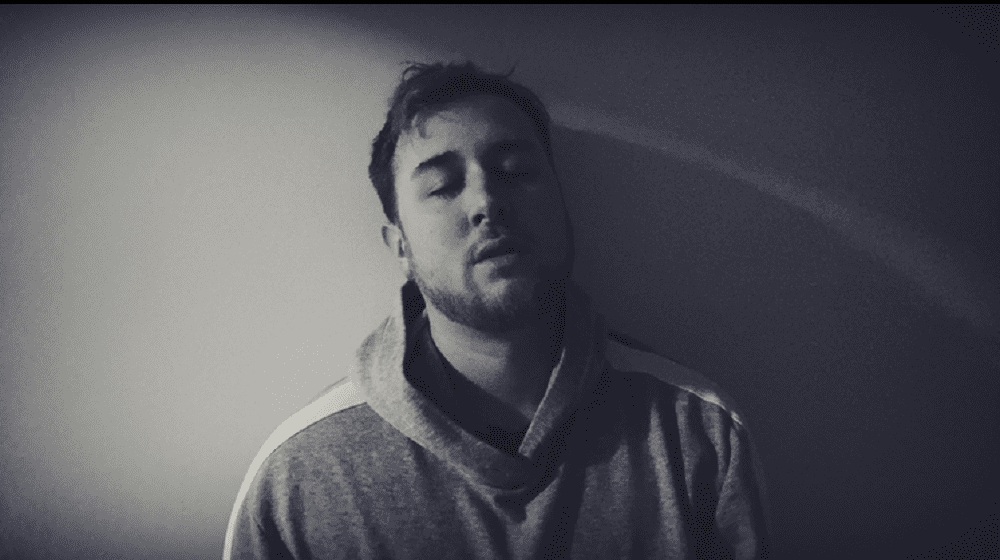 The name has been stuck on me for years. I like the word doomsday a lot and felt it made sense with what I’ve been doing. It was something I sort of reserved for solo work, and once the covid-19 quarantine period began, I think it sort of made sense, with where my mind was at in life.

I think when I was a lot younger, I remember playing the piano and having no idea what I was doing but it felt good. I started singing in High School and writing my own songs too. I spent hours in the school auditorium just playing piano and mindlessly singing.

But once I started building a deeper connection with music, I realized how much I wanted to return the favor of what music had done for me- giving someone a connection or some type of feeling from anything I may write or record. And that’s really the biggest thing for me, that feeling of being able to give that feeling to someone, much like my favorite artists have done for me.

Thom Yorke, but I tried to deny that for a long time. It was too easy. I think I tried hard to steer away from the softer vocal approaches, which made sense during times that I was focusing on more of a rock outfit. But when I started writing more personal and piano-driven music, it felt more natural to return to my roots. Radiohead would be those roots for me. Then again, chino Moreno is a guy I can always look up to. Depends on the day of the week you ask me I guess.

I started messing around with the piano again, something I would play a lot as a young child. Writing, for me, makes the most sense when my hands can sort of go into auto-pilot over the keys, and I can sort of focus on what I’m doing vocally. So I started writing and applying it to a trip-hop outfit that I’ve been wanting to do for a long time.

A lot of the stuff I’ve written has been just mumbling melodically in front of a mic at 1 am. I took things from there and realized people were really enjoying what I was doing. The music I’ve been writing for this has been far more personal than anything I’ve done in art, and a lot of its coming from a really buried place. So with all of the madness in the world right now, it felt right to pursue this.

My biggest obstacle in making music and I just want to spend all my time towards it. Sometimes, hours go by and I don’t even flinch. Other times I end up circling the drain on an idea I started, and I have to tell myself to put it down for like a week and come back to it. It’s like saying a word too many times, and it starts to lose its meaning. I need to give it some air and focus my attention away or it’s meaningless.

When it comes to attributes, I think I’m pretty good about being motivated. Music is the one thing in my life that I’ve never lost motivation towards. It’s important to me, and I love being able to share it with people and even create alongside other amazingly talented artists. It’s one thing to set goals, which is important, but another thing to wake up every day and be excited that you make music. It goes hand in hand.

God No. I enjoy what I do, and I hope others do as well because the best feeling in the world for me is being able to move someone with my art. But a lot of its also personal release. So I guess being good at that is something so subjective; it’s never weighed the same. But, I do know how to use midi and mic pretty well.

I’ll be planning the release of my debut record, which with start to unfold itself in the upcoming months. Been focusing a lot on video and film for my music, which has been about finding the right people and ideas. Also planning out some collab work, which I’m really excited about. It’s been a tough year for everyone though, so a lot of it has been about working out ideas and deciding how to proceed with them. All in good time.

Would love to thank my co-producer, Santiago Ponce. He knows he’s the man, but a lot of what I do wouldn’t be possible without all the work he does. Definitely a man of craft. Other than that, I’m always grateful for the amazing support I receive from people, just in case I don’t say it enough.

You can find me on Instagram @iamdoomsy for all content. That’s my landing place for almost things, but I’m available on all major platforms.

Keep being excited about what you do. Wake up every day and be proud of it. Reach out to people you want to work with. Music is something that keeps people held-together during crazy times, and we need to remember that. Especially if we’re the ones making it. It’s important.