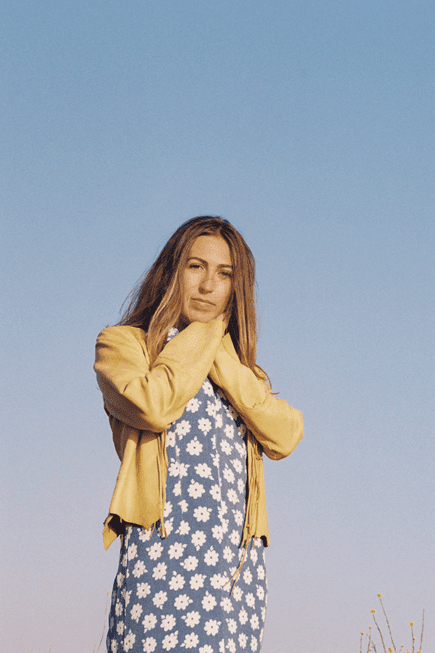 Being an indie musician can be difficult, spending hours upon hours pouring your heart and soul into your music, not knowing whether or not the public will embrace it. For Los Angeles-based indie musician Ali Angel, success shouldn’t be defined by the public’s reaction but rather by what makes you happy.

Angel is hot off the debut of her new self-titled EP, which was released just a couple of months ago and has already been racking up great acclaim from both listeners and critics. With its unique Motown and soul-inspired flair, Angel’s music has caught the attention of listeners looking for the next great indie musician with something personal to say in her music.

Angel released her debut single, “Play Pretend,” in April 2021, and in the course of a year, it received over 90,000 streams on Spotify and was featured on more than 3,000 tastemaker and indie music playlists. And now that the track is one of six included on Angel’s EP, the amount of listeners continues to grow.

The second most popular track on the EP, “Extra Wild,” has already gotten around 20,000 streams in a fraction of the time it took “Play Pretend” to reach that number. As Angel releases more music and listeners continue to discover her distinctive sound, they will fall in love with her fantastic instrumentation and wonderfully personal lyrics.

The importance of perseverance

But like many musicians — especially those in Los Angeles — it wasn’t a story of overnight success for Angel. She had to work hard to get where she was. And while Angel considers herself lucky, as she is able to work as a music teacher to make ends meet as she worked on her music on the side, her story is still one of achieving success through perseverance.

“I’ve found that it’s a really slow and steady build in this industry unless you get some sort of virality overnight that launches your career,” Angel explains. “I think the most important thing is to focus on enjoying every part of the journey. I can definitely get caught up in telling myself once I get this playlist or once I get on this lineup, that’ll be great. But once you reach those metrics, there will always be more you create for yourself, so you can’t look to find content with your success from them. Just enjoy every small victory and the experience.”

In the music industry, there are several ways that one could define success. Is success a record deal with a major label, being one of the top independent artists on SoundCloud or Spotify, or getting the best reviews and winning a Grammy? Or perhaps none of these things really matter, and success is simply being able to make the music that you love and share it with the rest of the world?

Artists must define success on their own terms. An artist’s standard for success should not be defined by what they see other people accomplish, but instead, what they accomplish themselves and what makes them happy.

“I think about so many of the small independent artists I love,” says Angel. “Some of them have just a single song that reminds me of a part of my year or made my day driving somewhere for months; some of these artists aren’t mainstream or maybe not even played on the radio, but I think about how impactful they were to just me. I hope I can bring that same inspiration and excitement to other people. It’s small but it means a lot.”

Many artists can get too caught up in the business aspects of the music business and have lost track of the fact that music is about more than numbers. If a musician defines their success by these numerical goals and then doesn’t reach them, it is easy to become discouraged. One should not give up on their dreams and passions because of that — who knows what they could have created had they stuck with it?

“It’s definitely hard to not compare yourself to other people in terms of streams and followers,” Angel asserts, “But I think it’s important to focus on the quality and authenticity of your work. I think being a musician isn’t just a career you start off perfect in — it’s a lifelong pursuit of getting better, finding your voice, growing and changing as an artist, and producing work that reflects that. If you can continuously grow in this way, I think the success and the path will pave the way for you in the way it’s supposed to.”

Being a musician in a scene as big as Los Angeles can be particularly intimidating. Seeing other musicians accomplish amazing things can make one think they must do the same to be considered “successful.” However, many don’t stop and think that their accomplishments are also amazing in their own right.

“It’s important to grow with the artists and music community as a team; the other local artists at my level right now are the people who will grow to the top, and it’s important to support everybody because you create an environment where the success can be shared, passed back and forth, and you grow a community of support”

Ali Angel might not (yet) have a major record deal, but she is certainly successful on her own terms. Her new EP, now streaming on Spotify and Apple Music, is the culmination of her musical career up to this point. It was a dream come true for her to be able to release her music to the world, and she hopes that her story of perseverance will inspire other artists to take a chance on themselves and create something special.

Isaiah Brown Has Something For Everyone
New Music Video: Singer Muratti “Fantasy”
Advertisement