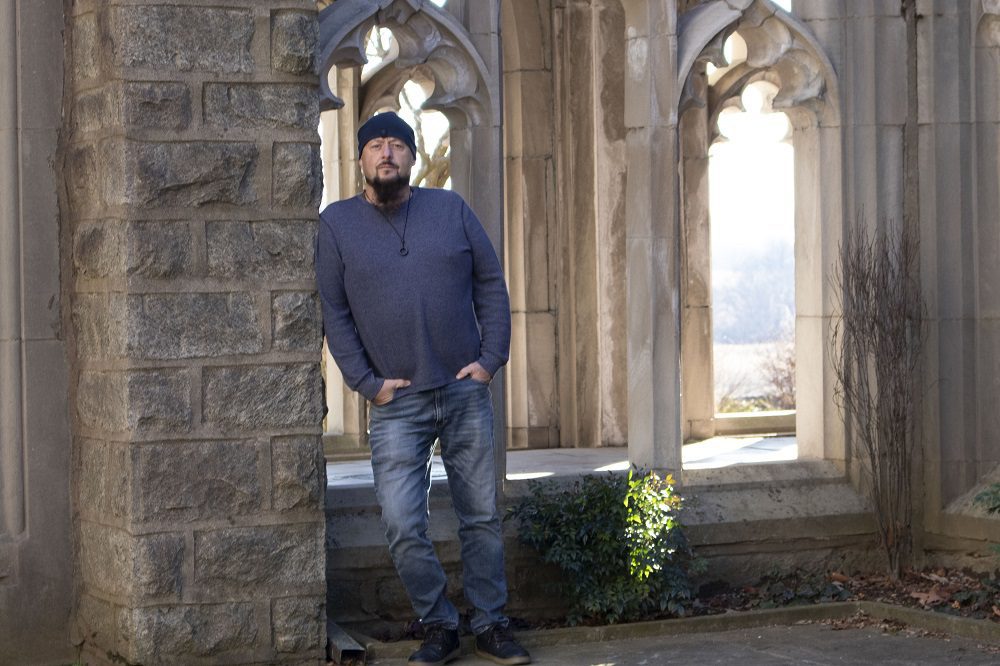 It began with the devastation of the wildfires in Australia. Then, the tragic death of George Floyd, sparking protests in support of black lives all over the world. And – most notably – the COVID-19 pandemic, coming to a pinnacle in March 2020 and defining the rest of the year.

Though with every cloud, there comes a silver lining, and in 2020 that silver lining took the form of a train – the 308 Ghost Train, fronted by resurrector of the 80s arena-rock sound, and Messiah of the New Rock World, Anthony ‘Train” Caruso, who was there to give the world the music it needed during this time.

In a remote interview, I was able to talk to ‘Train” about the incredible journey that 308 Ghost Train has had over the last year, managing to amass almost 50 million plays on SoundCloud and earning a fan base that stretches all over the world – an effect that snowballed from the release of their powerful single “Bleed Over Me”.

Released in the height of COVID, “Bleed Over Me” became an anthem for getting through the pandemic and – despite the original intent of Caruso’s lyrics, written in response to his girlfriend’s surgery, and as a testament of his love for her – the song took on a whole new significance.

Listeners took “Bleed Over Me” to mean “Lean On Me”, and so the song – as Caruso observes – became “a symbol of unity: a symbol representing that there’s someone out there to hold onto you and get you through troubled times”.

During the interview, ‘Train” highlights the significance of this to me, saying of his music that “when it touches somebody, you don’t know what they’re going to take from it – and it’s not my job to know what they take from it. It’s my job to deliver a message.”

Crediting the holy ghost as the band’s musical director, Caruso delves into his songwriting process: the process which has earned him a POSI and a CMA award for songwriting, in addition to a POSI and a Couch Film Festival award as an artist, all within the last 2 years.

Caruso explains he feels a “direct connection to the divine” because many of the songs he writes come to him when he’s sleeping: “I’ll wake up with the melody in my head, or part of the chorus. It’s my job to go from there and take it and finish it before I forget it.”

The next single that fans can look forward to is 308 Ghost Train’s unexpected cover of the protest song that Barry Maguire made a Billboard hit in 1965 – ‘Eve of Destruction’.

‘Train” notes that he would “never usually do a cover song”, but after “listening to loads of records, I found Eve of Destruction; the moment it started to play, the ghost-filled my body with electricity and I jumped out of my seat.”  He updated the lyrics to reflect our crisis today.

Other future singles include “Love You More”, “Somethin’s Goin’ On” and “Just Like Money to Me” – the single which 308 Ghost Train believes will “launch [them] like a rocket ship”, and – after listening to the unreleased future hit – I can say that I agree.

At the end of our interview, I asked ‘Train” Caruso if there was anything he wanted to say to the readers, and to the fans. “If I had to say anything to people: I want them to get to know us – I want to introduce myself to the world.

We’ve touched a number of people [with our music] but in reality, we haven’t touched anybody. There are seven billion people in this world; if there’s anything I want them to take away [from this] it’s: come meet us, meet the music, meet the message.”

“One thing about this train: the cars never end, and every car is VIP. Grab your seat, buckle up, and get ready for the ride of your life with the 308 Ghost Train.”

Check them out here

Catherine Hamilton Is a freelance journalist in the UK whose articles have appeared in many newspapers and magazines.