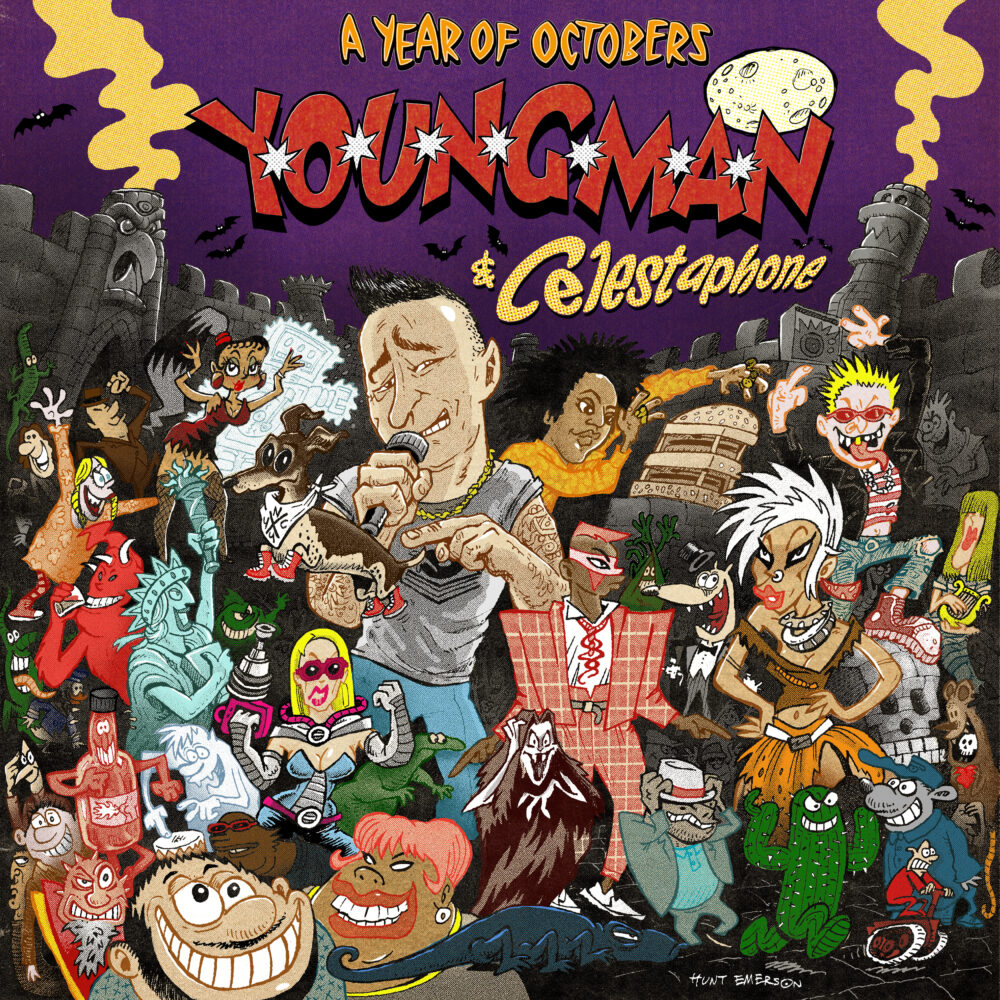 Nobody hates music. In fact, we can go even further and say nothing in nature hates music. Music surrounds us in many forms, from birds singing to attract mates to the sound made by leaves and twigs on trees gently swinging in the breeze. In times of great pain and sorrow, music consoles and encourages. It teaches and enlightens, unites, and mends rifts. Regardless of genre, edgy vibes, great rhymes, and rhythm are just what everybody needs when the burdens of life become overwhelming.

A skilled artist duo composed of a legendary rapper and a successful record producer with hit records to his name knows that. And that’s why they are dropping the hot new album “A YEAR OF OCTOBERS.” Made up of twelve great tracks, the album is the combined effort of legendary rapper MC Paul Barman’s persona YOUNGMAN and Californian record producer Celestaphone. The album is entirely produced by Celestaphone while YOUNGMAN takes the lead on vocals.

The YOUNGMAN persona was spawned during conversations between the late MF DOOM and MC Paul Barman. While “A YEAR OF OCTOBERS” is YOUNGMAN’s debut album, MC Paul Barman is a legend that has been in the hip-hop scene for years. He collaborated with the late MF DOOM multiple times in the past. He is also popular for inventing a word that is now in the Oxford English Dictionary via his hip-hop lyrics.

The rapper-producer duo began their collaboration in December 2019, but then Covid-19 happened, and everything ground to a halt. Contending with challenges like social distancing and producing via long-distance communication, the two had to improvise to see the project through. They used portable computers, an interface, and performance mics to record at various non-studio locations to proceed during times of virus cautions. Not being in the same physical location, they took extra diligence to execute certain things and provide their fans with quality content.

Finally completed during the growing pandemic, a lot of the recordings address major issues that the world has experienced over the last two years. This makes for a highly emotional ride as one track segues into another, and real-life experiences are addressed in a masterful yet poignant way. As the duo notes when talking about their music, “Great art can be a healer during times of turmoil or uncertainty.”

The album title is derived from its first track and discusses hope and despair during the quarantine season. Masterful rhyming, a melodic beat, and a few moments of a saxophone leave you wanting more. The other tracks follow the same style, with global issues like social justice and love being a central theme. In the third track, “GUILLOTINE,” real-life MC Paul Barman makes an appearance alongside his creation, bringing in his aggressive delivery.

The combination of great beats and rapping makes the whole thirty-nine minutes of the album an exhilarating experience. Celestaphone’s phenomenal production perfectly complements MC Paul Barman’s writing and makes the album one of the best in its category. “A YEAR OF OCTOBERS” is just the beginning for these two. Their fans should not worry because they are already working on new music and reaching even more listeners.

Continue Reading
You may also like...
Related Topics:Celestaphone, YOUNGMAN