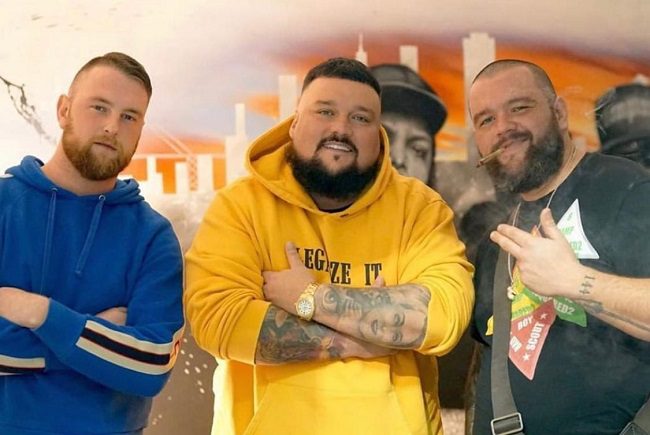 What D’ya Know About The Cali Cali and Danny Mowlds – an Irish Hip Hop Artist, a Spanish Cannabis Club and a Fresh New Clothing Line.

For those who don’t know, this is Jun Tzu. It’s a moniker inspired by Sun Tzu – the author of ‘The Art of War’ – an ancient Chinese military treatise.

“I read the book from cover to cover many times and because I loved it so much I just changed the S to a J and I started calling myself Jun Tzu. A few years later I discovered that in Chinese, Jun Tzu actually means to be a role model or an upright citizen. So I’m glad it didn’t mean a sausage supper with chips and gravy”.

Jun Tzu has been featured on BBC Radio One and counts more than 20 releases and two albums to his name. As of the end of 2019, Jun Tzu teamed up with Danny Mowlds – the owner of a Spanish cannabis club – The Cali Cave.

And THIS is The Cali Cave…

The Cali Cave is a private, members-only Spanish cannabis club. Launched just over 18 months ago in Alicante, a second Cali Cave opened its doors in Benidorm in October of 2019. Headed up by Danny Mowlds the clubs are all about a chilled atmosphere and fully stocked shelves of world-leading cannabis strains (the exotic kinds that cannabis hunters book flights to Spain for).

To date, the Cali Cave has had an impressive line-up of rappers appear – including Icy Narco, Meekz Manny, Charlie Sloth, and INK.

With so much being served up, little wonder that the Cali Cave is gaining attention and footfall from a list of celebs. And next on Danny’s ticklist for empire building (after two clubs and a Cali Cave clothing line) is a record label – complete with state of the art studio.

When Jun Tzu Met Danny Mowlds – A Meeting of The Minds

“Let me tell you something, we got RS11, Cereal Milk, Blueberry Cruffin, when it comes to the ones who’s running those flavours Cali Cave ain’t fucking”.

Jun Tzu became a member of the Cali Cave back at the start of 2019.

But this was far from the beginning of his cannabis story, as his advocacy and support for the canna scene stretch back over the past decade.

“Danny’s out here like the Cali saviour, what’s your Cali flavour?

We Got LA Kush Cake, Kimber and live resin vapour”.

Upon meeting, Danny and Jun Tzu became firm friends. And just 16 months later, Cali Cave Records was ready to roll – the result is the label’s first release – the Cali Cave.

We’re not having that, we’re going major. We stand out in our field like a horse broke free from the fucking stable”.

With lyrics that tell the tale of the club set up, the Spanish cannabis scene, and the exotic flavors of the club in a little over 3.5 minutes, the story of the Cali Cave is told.

Four days. One private pool party. One boat. A single, serious, kicking closing party with a BBQ at the Cali Cave in Benidorm.

Between July 31st and 4th August The Cali Cave will launch its clothing and record label. Safe to say that it’s not going to be just any old party.

With tickets that are private invite-only, Danny, Jun Tzu, and the Cali Cave crew are ramping up for a night to be remembered.